If you thought the double-decker life was just for busses and trains, think again. A new airplane seat could take this design and use it to level up the Economy passenger experience on planes.

The Zephyr Seat, a product developed by designer Jeffrey O’Neill, is introducing a new method for passengers to physically distance from one another on airplanes while also having the increased comfort and luxury of being able to lie down. 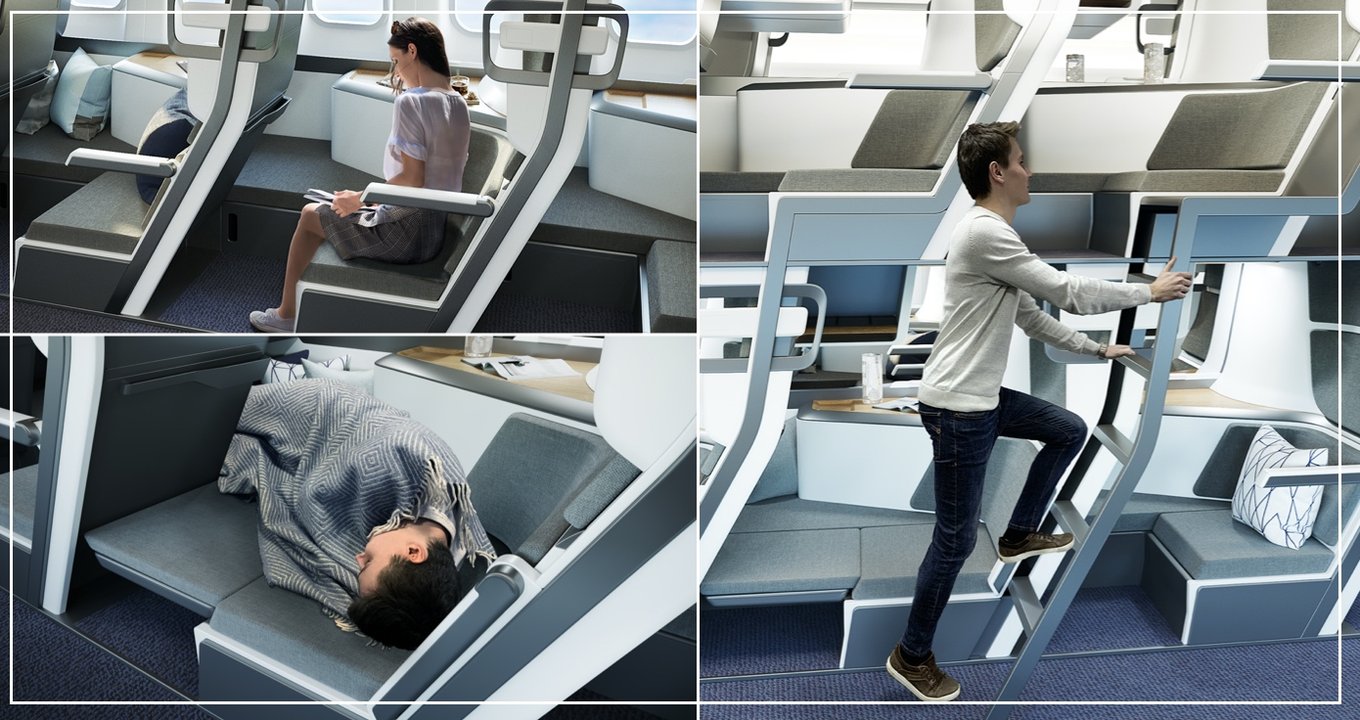 “Most airline seats haven’t changed since the 1970s,” the crowd-funding website explains. “99% of all Economy Class seats are fixed upright and impossible to sleep in. They force unnatural postures over long periods of time and can damage health.”

While seats in other cabins, such as Business or First Class, present alternatives for this issue, a majority of travellers are unable to afford to upgrade to those tickets. Even if you stick with Economy Class, many carriers justify surcharges through other avenues, including food packages and extra baggage allowances.

“In a study we conducted, 70% of travellers would trade these perks for the sole ability to lie-flat and sleep,” the site continues. “It’s time to change the status quo and reclaim dignified, comfortable and healthy air travel for all travellers.”

This new patent-pending design seeks to provide a viable seat upgrade option for those looking for increased comfort without having to fork over the big bucks.

The concept is multifaceted and provides passengers with a variety of comfort alternatives from sleeping lying down to lounging to sitting upright while still being able to extend their legs.

Airlines don’t even have to compromise on losing any seat density either.

Utilizing the double-decker design, each Zephyr Seat can be retrofitted into already existing areas without losing seats.

“Our design increases capacity by 20%+ on long-haul aircraft and reduces costs by ‘unbundling’ expensive meals, baggage, and other premium amenities, offering the lowest price in the industry for a lie-flat bed,” the site explains. 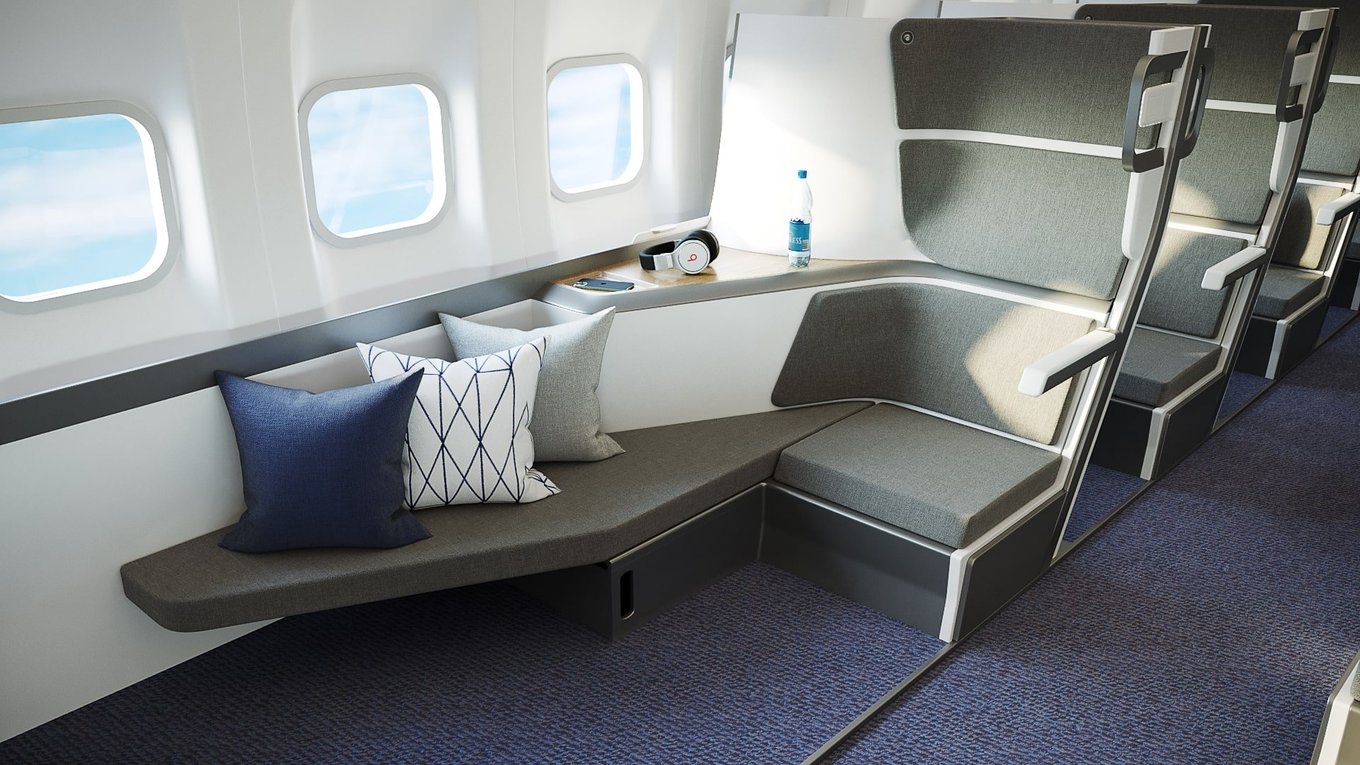 Due to its flexible design, airlines can customize the seat to cater to their ideal specifications, including operational requirements, cultural variations and brand commitments. No matter the size, area, or age of the fleet, the Zephyr Seat has the potential to be adjusted to fit any existing space.

As well, airlines will have the opportunity to select from various upgrades, including “memory foam seats, black-out curtains, OLED displays,” and more.

O’Neill is actively seeking investors to help realize the Zephyr Seat’s potential, and those interested in learning more can visit the product’s crowd-funding site.

Many designers and companies are putting forward their ideas for the new era of airplane seat production, with influences from the ongoing global health crisis, and the necessity for physical distancing and health and safety, playing a significant role in their development.

Other companies that are pioneering their own adaptations for aircraft seating include US companies Safran Seats and Universal Movement, Italian manufacturer Aviointeriors, and French aeronautical engineer, Florian Barjot.