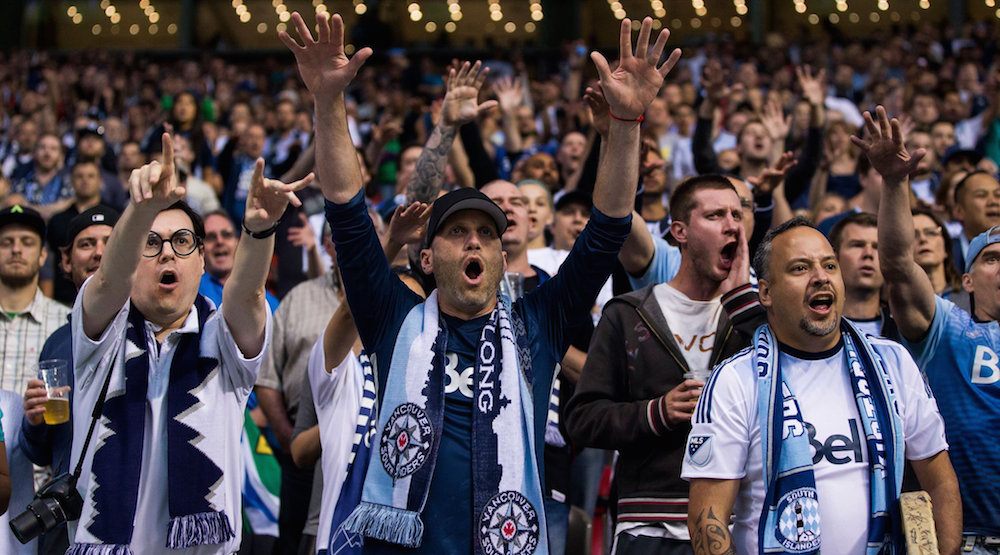 It’s time for some real talk.

Things have not gone well for the Vancouver Whitecaps in, well, a while. Since the beginning of the 2017 MLS season, the Blue and White have collected just one out of nine possible points, they have drawn and lost their two home games, and they are on the brink of elimination from the CONCACAF Champions League semifinal after falling 2-0 against Liga MX powerhouse Tigres UANL last week.

If one wants to get even bleaker, one could point out the fact that the ‘Caps have won only three MLS games since July 2016. So, yeah, yikes.

Needless to say, the people that follow this team are less than impressed.

Our All… Our Honour? At some point this team of managers and players must stand and deliver #VWFC

Win, while playing beautiful football. If it can't be beautiful, at least win. If you're going to lose, at least make it beautiful. #VWFC

It's tough being a #VWFC supporter this past year.

It is hard to fault these sentiments.

Asking for time and patience is tough at this point but, while the majority of the Whitecaps followers are ready to push the shiny red panic button with particular gusto, allow me to provide three reasons to refrain yourselves – for the moment.

Sure, the Whitecaps have lost in their last three outings including their adventure in Mexico. However, when looking at the context of those matches things may not be as bad as they seem.

The Blue and White played those three games in an eight-day span. This includes the 8,000-kilometer round trip down to Monterrey where, given the quality of the opponent, several ‘Caps had to play an extremely physically demanding game. Sure, it is early in the season, but long travel never helps when you have three games in one week.

Now, the losses against San Jose and Toronto were both heavily impacted by red cards. Yes, discipline is a big problem that Carl Robinson and his coaching staff need to address pronto, especially if the team crumbles when going a man down.

Yet, the match in San Jose started as well as anyone could have dreamed for Vancouver. With a 2-0 lead before the 20th minute, it is hard to imagine that the team would not have picked up at least a point from the Bay area, if not for that red card.

The game against Toronto was not good. The first half was atrocious. It lacked imagination, creativity, and any kind of real offensive threats. When Carl Robinson withdrew Alphonso Davies at half-time and introduced Christian Bolaños, the Whitecaps started to improve in the early goings of the second half. Things were starting to click and then Brek Shea was shown a red for dissent and, well, we know how that went.

My point is that while the Whitecaps have lots to improve upon, they have shown flashes of decent football. Add a couple of key pieces currently missing (and an improvement in discipline) and those flashes should be prolonged.

Which brings me to my second point.

Injuries have played a factor early on this season for the Whitecaps.

David Edgar, who was most likely going to be the bastion in the heart of the defence next to Kendall Waston, was slotted to be an important player for this team. Some even saw him as a potential captain for this squad. But then, a hit and run incident while vacationing effectively ended his 2017 season and removed the ‘Caps first key player from contention.

Do you remember the 37 seconds (or at least that is how long it felt to me) that Jordy Reyna played before he broke his foot? They were good, they were exciting, they were creative, they were exactly what this team is lacking in attack.

He even scored a goal!

Unfortunately, a freak injury at Providence Park has sidelined “La Magia” until the summer. Another key addition that Carl Robinson had planned to have available, and around which the roster was at least partially built, gone in a second.

To a lesser extent, we have Christian Bolaños. The Costa Rican international was pegged by many as the creative heir and brains of the offensive operations in place of the now departed Pedro Morales.

The Tico missed the majority of the pre-season due to injury and he is slowly recovering his football form. As he receives more minutes on the pitch, his return will improve this team considerably as he did on Saturday against TFC.

The Whitecaps need to improve, a lot. That is an undeniable fact. Perhaps the biggest the area where they need to bolster the squad is in the middle of the pitch.

They need someone who can play effectively next to Matias Laba and who can complement the Argentinian’s defensive skills with some much needed offence. Someone who can make a key forward pass to start the offensive transition faster, someone who can join in the attack and pitch in a goal or two. Someone, for example, like Atiba Hutchinson.

The Canadian international has been long rumoured to be joining the Whitecaps. Given his current contract situation in Turkey, it seems that the earliest he would be able to suit up in Blue and White would be the summer.

How do you convince Atiba Hutchinson to join this mess? Either it's just early season form or this is a preview of the whole year. #VWFC

With that key addition, plus with Reyna’s return (introduction?), we would be looking at a much improved squad.

The question is whether or not the summer will be too late for the Whitecaps’ 2017 campaign. If MLS has taught us anything, it is that you can be absolute rubbish through in the first half of the season and still win it all as long as you put together a phenomenal back end of the campaign. (See most recently: Seattle Sounders 2016).

The FIFA break will come in handy for Carl Robinson and his pupils. This is an opportunity for the team to put in work, and have time to heal those who need to get back into fold.

Things are not good right now, but don’t press the panic button… yet.