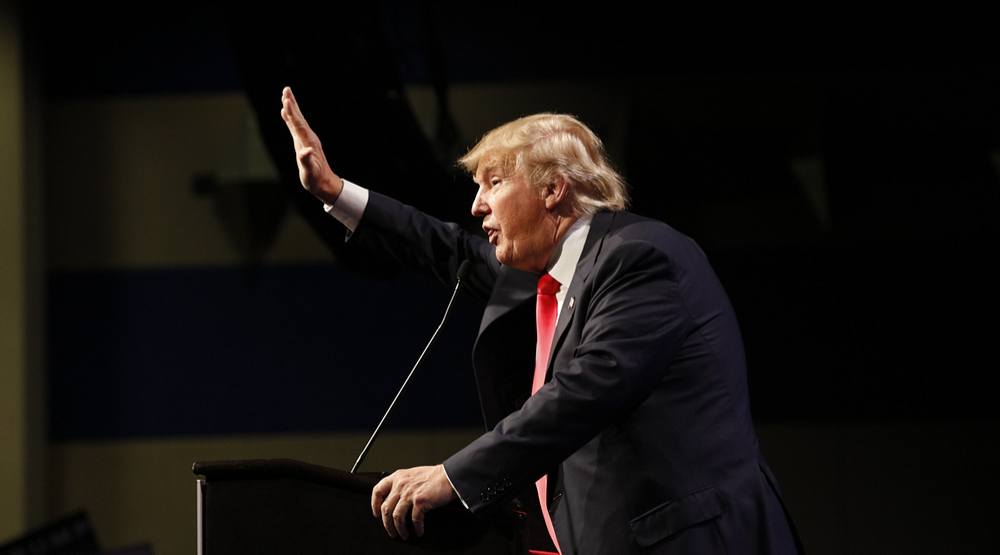 Now that Donald Trump is US President-elect – it still feels strange the write that – we’re starting to wonder what that means for us up here in the True North Strong and Free.

To get a real estate perspective, Daily Hive spoke to Phil Soper, CEO of Royal LePage, who confessed he, like us, wasn’t mentally prepared for the shocking election results.

The Trump presidency could have devastating consequences for the US, said Soper, and send Canadian home prices spiralling upwards.

“If Donald Trump were to follow through with some of his wilder platform promises and the other branches of US government support him, it would be devastating economically,” said Soper.

Soper cites Trump’s promise to deport all undocumented workers, saying it would leave the US strapped for workers, in an economy where unemployment had been at a low.

“The concept of deporting 11 million workers would be very, very troublesome and that would hurt not just the American economy.

“By extension, it would hurt our biggest customer for the things we sell and export,” he said.

“When they start buying less, there would be less wealth and prosperity here and that would hurt the real estate industry as a whole.”

The good news is (and we hope he’s right) Soper doesn’t believe Trump will follow through with his most outrageous platform claims.

“They seemed to fit into a pattern of hyperbole, as opposed to being a deeply felt belief,” said Soper.

“Theres a lot of professional policymakers in Washington that will be advising him now and I don’t think he’d have the ability to take the country down a really dark path.”

But, while Soper believes Trump’s less dramatic policies like infrastructure projects and tax cuts won’t hurt Canada, he does think the number of Americans coming here will rise.

“There’s been a lot of recognition of Canada as a safe, tolerant and desirable place to live, among the very best places to live on the planet,” said Soper.

“That message is making its way into American households as well.”

Housing supply is an issue

Even before shocked Americans presumably crashed the Canadian immigration website on Tuesday night, they were already the third largest immigrant group coming to Canada.

Combined with recent recommendations made to the Finance Minister to almost double annual immigration to 450,000, says Soper, you could be looking at a problem.

“If the federal government follows through and acts on those recommendations, I think a significant number of those additional people will come from America,” said Soper.

“Most of them that are coming here to work will likely land in our biggest cities: Vancouver, Calgary, Toronto, and Montreal.”

And housing supply, especially in Vancouver and Toronto, is a real issue, Soper concedes.

“We just don’t have enough supply of detached homes, for example,” said Soper. “I think that incremental increase in immigration without some action on supply side will put add pressure on home prices and force them up.”

Of course, there are other factors at play that may cushion the blow, especially in BC, Soper says, such as the 15% extra property tax now levied on foreign buyers.

Meanwhile, Soper says, there will be fewer Canadians heading south of the border – and not just because of what he calls “social unrest.”

“American homes are getting more expensive. With the high American dollar, and the recovering economy, home prices have been going up,” said Soper.

“And then you have to pay another third of that in currency exchange – so it’s making America not just less desirable, but also more expensive.”

Canadians may remain the largest foreign purchasers of residential real estate in the US, says Soper, but they will be looking for alternatives in Whistler or Canmore for example.

And what will buyers from the rest of the world think of all this drama in North America? Soper says Trump’s presidency only make Canada more appealing for foreign buyers.

“Canada’s brand has improved. I think a Trump-led USA will be looked at very differently than a contemporary Canada – a Trudeau-led Canada.

“For many immigrants, Canada will shine brighter in that equation.”