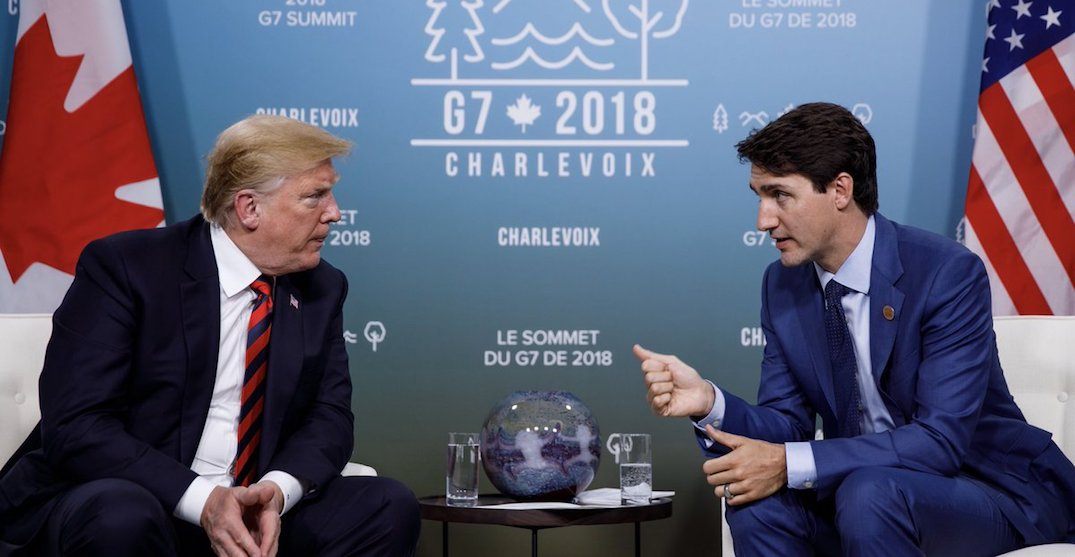 US President Donald Trump made headlines globally after his first Canadian visit during the G7 Summit.

But Trump’s headlines weren’t about his first time here, it was about his parting words.

“PM Justin Trudeau of Canada acted so meek and mild during our G7 meetings only to give a news conference after I left saying that, ‘US Tariffs were kind of insulting’ and he ‘will not be pushed around.’ Very dishonest & weak,” tweeted Trump. “Our Tariffs are in response to his of 270% on dairy.”

And of course, his words didn’t stop there.

Trump continued to attack Canada in a series of tweets on Sunday.

But as the world watched Trump wage war of words against Trudeau, Twitter feeds began to flood with responses and reactions to the US President.

President of the European Council Donald Tusk said that “There is a special place in heaven for Justin Trudeau.”

There is a special place in heaven for @JustinTrudeau. Canada, thank you for the perfect organisation of G7!

Big tough guy once he’s back on his airplane. Can’t do it in person, and knows it, which makes him feel week. So he projects these feelings onto Trudeau and then lashes out at him. You don’t need to be Freud. He’s a pathetic little man-child. https://t.co/lpz0R5Ftyj

In China, a political cartoon circulating their media seemed to agree with Paris’ opinion.

All Canadian leaders need to support Trudeau. Trump’s outbursts, tariffs, amount to bullying. Trudeau is handling it as best anyone could.

And Americans are practically apologizing on behalf of their president.

John Brennan, former CIA Director, said that Trump is a temporary aberration, and asked the States’ allies to be patient.

Your wrong-headed protectionist policies & antics are damaging our global standing as well as our national interests. Your worldview does not represent American ideals. To allies & friends: Be patient, Mr. Trump is a temporary aberration. The America you once knew will return. https://t.co/7qHthq2GuT

Meanwhile, a former American Diplomat called us the best neighbours (of course, he spelled it without the “U.”)

#Canada spirited four American hostages out of Iran in 1979, welcomed thousands of stranded U.S. airline passengers on 9/11, has our back in every war, shares the world’s longest undefended border with us and a symbiotic North American economy. THE best neighbor we could have. https://t.co/6c9qcPXn3C

And of course, we got thanked for Drake.

Sorry, we cannot let our friends, or enemies, take advantage of us on Trade anymore. We must put the American worker first!

As for Trudeau, he kept his class in the Twitter war.

“We will always stand up for Canadian workers, their jobs & their livelihoods,” he said.

We have a feeling this is all far from over… considering Trump still has access to Twitter.