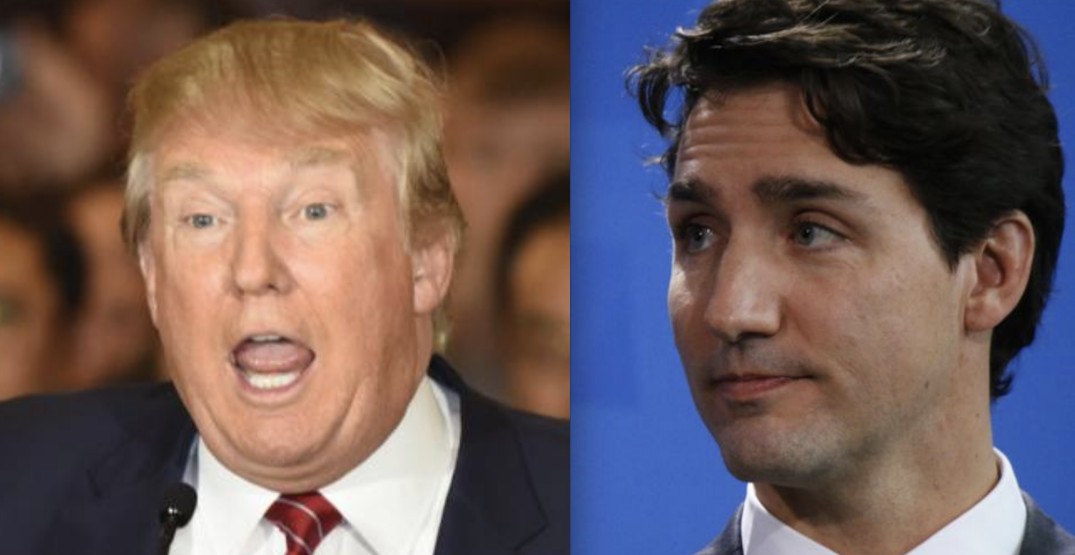 Looks like US President Donald Trump really needs to brush up on his Canadian history.

According to a report from CNN, Prime Minister Justin Trudeau and President Trump shared a “testy” phone call on May 25 regarding steel and aluminum tariffs implemented on imports coming from Canada.

During the conversation, Trudeau questioned Trump about how he could justify the tariffs as a matter of “national security.” Trump responded with a puzzling— and erroneous —question about Canadian history.

“Didn’t you guys burn down the White House?” Trump asked, referring to the War of 1812.

The thing is, the War of 1812 involved a conflict between the US and Britain. In August 1814, the White House was attacked by the British in response to an American attack on York, Ontario, which is a territory that belonged to England and is now part of modern-day Canada.

When asked if Trudeau took the comment as a joke, a source who was on the call told CNN: “To the degree one can ever take what is said as a joke. The impact on Canada and ultimately on workers in the US won’t be a laughing matter.”

In response to the tariffs imposed on Canadian steel and aluminum,  Canada has issued a notice of intent to impose countermeasures action against the US.

“The numbers are clear: The United States has a $2 billion US dollars surplus in steel trade with Canada – and Canada buys more American steel than any other country in the world, half of US steel exports.”

So far, Trump has not tweeted about CNN’s report on his 1812 comment being “fake news” but stay tuned.