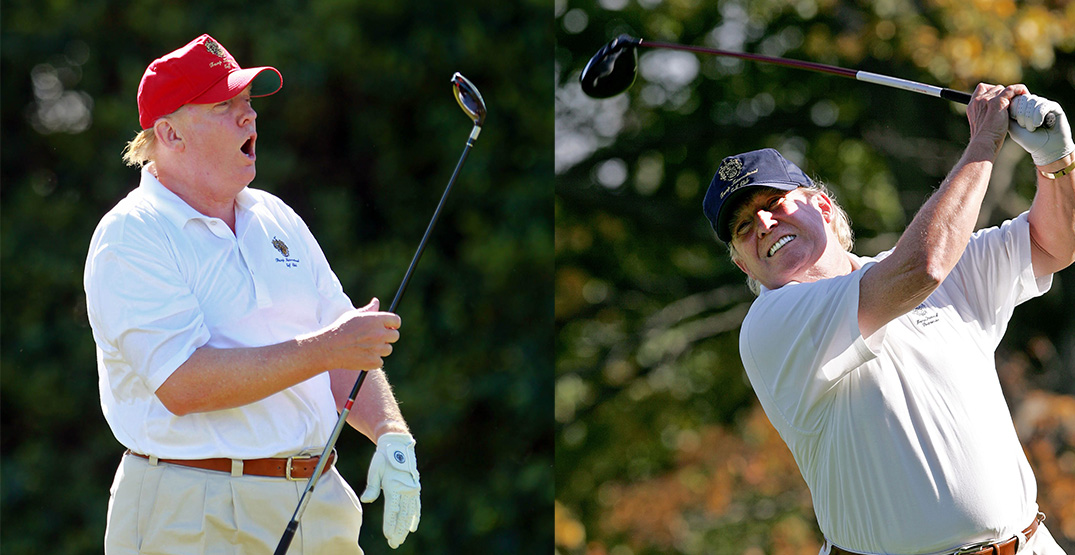 It seems Donald Trump has a lot of time on his hands since he lost the presidency to Joe Biden, so much so, that he thought it was necessary to issue an official statement about hitting a hole-in-one.

In a news release shared by Tim Swain, a Republican running in South Carolina for the US Senate, Trump says it’s “100% true” that he hit a hole-in-one because apparently “many people” were asking.

“While playing with the legendary golfer, Ernie Els, winner of four Majors and approximately 72 other tournaments throughout the world, Gene Sauers, winner of the Senior US Open, Ken Duke, and Mike Goodes, both excellent tour players, I made a hole-in-one,” stated the former US president on Monday.

Perhaps his greatest statement ever. pic.twitter.com/8bdw1Rvv9P

The statement comes two days after Swain posted a group photo of Trump and the pro golfers celebrating his alleged hole-in-one on the green. Pics or it didn’t happen, right?

Many replied to the tweet questioning Trump’s abilities. How do we know this isn’t fake news?

He also walked on water, turned water into wine, raised Lazarus from the dead, healed the lepers, & fed the multitude with cheeseberders, diet coke & KFC.

Trump made sure to give an incredibly detailed play-by-play in his statement.

“It took place at Trump International Golf Club in West Palm Beach, Florida on the 7th hole, which was playing 181 yards into a slight wind,” he said. “I hit a 5-iron, which sailed magnificently into a rather strong wind, with approximately 5 feet of cut, whereupon it bounced twice and then went clank, into the hole.”

He goes on to insist that there’s been “a lot of chatter” about it. However, he won’t reveal who the winner was because he’s a “very modest individual” and doesn’t “like people who brag!”