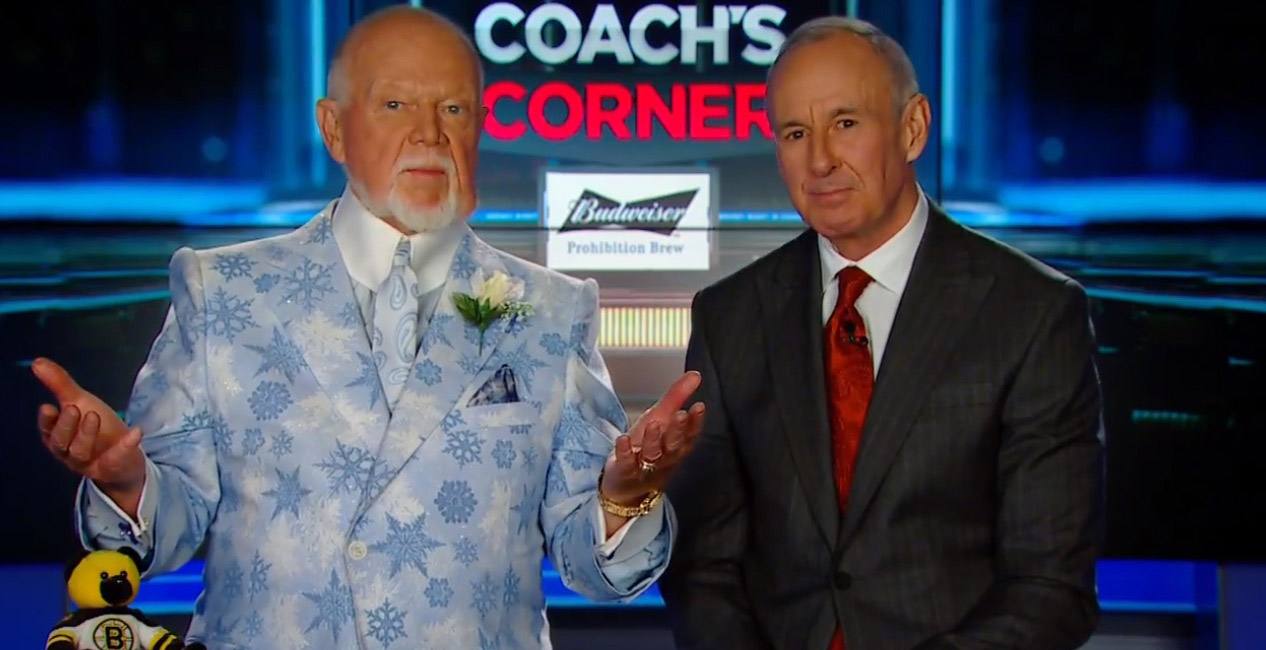 Don Cherry turned 84 years old on Monday and he’s as out of touch as ever.

On Saturday, the longtime host of Coach’s Corner voiced his skepticism on global warming. He called people who believed in global warming “cuckaloos” and asked if the world was supposedly getting warmer, why he was “freezing to death” — which is like asking if the sun is hot, how come space is cold?

It’s clear from this most recent comment that the modern world has passed Cherry by. Now is a good a time as any for the beloved hockey commentator to walk away from his position at the CBC.

First, let’s start with his views on hockey.

Cherry is still a big proponent of fighting and policing the game, as well as having as many “good Ontario boys” as you can — even though fighting has decreased dramatically over the last few years. He has a disdain for European-born players as well as players having fun by celebrating on the ice — even though one of the biggest problems hockey has getting mainstream coverage is that players are afraid to express themselves.

This is far from the first time Cherry has gotten into hot water with his non-hockey related comments.

Back in 2010, he ripped the “left-wing pinkos” that were against Rob Ford and said that he was going to be “the greatest mayor this city has ever seen” and uttered the prophetic phrase “put that in your pipe, you left-wing kooks.” Just this last September, he called the media’s coverage of NFL players kneeling during the national anthem “hypocritical” because former quarterback Tim Tebow kneeled after scoring touchdowns and was ridiculed.

Cherry is like that crazy grandfather you have. He says some problematic comments that make you cringe, but then you realize that he was raised in a different era and that he’s too old to change at this point. So you’re stuck there just smiling and nodding — even though everything he’s saying is totally wrong.

Except he’s not our grandfather and we shouldn’t have to listen to him anymore.

Cherry has always been controversial, but had expertise in the game of hockey as a former coach and player. But now?

He’s still stuck in the 1970s with a game that has since modernized. And if he’s out of touch with reality with regards to hockey and non-hockey topics, what’s he doing on my TV?

Cherry’s most recent outburst on the apparent fraud that is global warming is the last straw. It’s time to hang up the proverbial skates and call it a day.