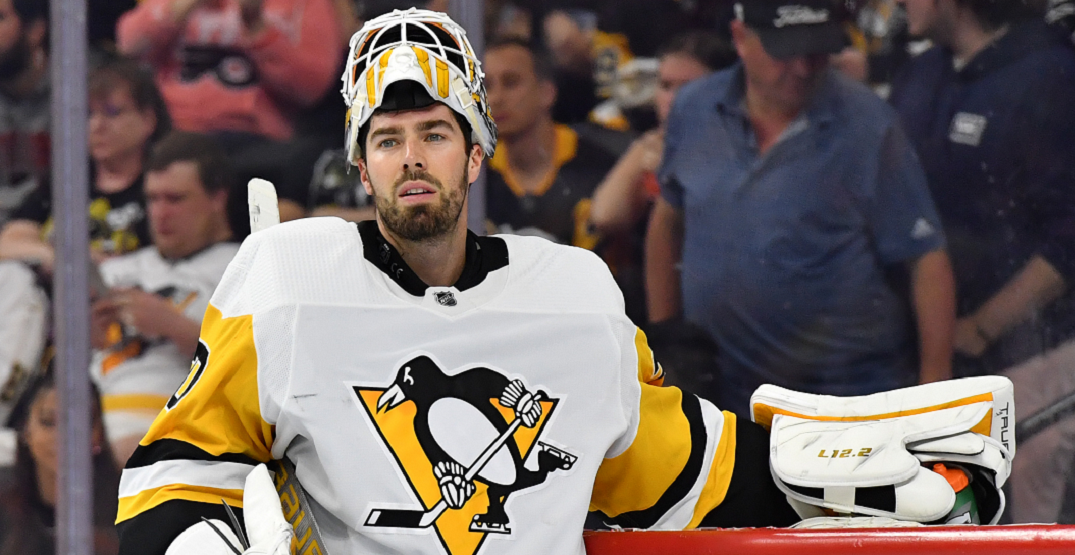 Pittsburgh Penguins goalie Louis Domingue hasn’t always had too many chances to play in the big moments.

So you probably can believe that he didn’t expect to play last night during last night’s Game 1 matchup between Pittsburgh and the New York Rangers.

But with staring goalie Casey DeSmith suffering a lower-body injury during the second overtime period, Domingue was suddenly thrust into the spotlight.

He was perfect on the evening, making 17 of 17 stops and grinding out a triple-overtime win and a 1-0 series lead. Pittsburgh’s Evgeni Malkin scored the game-winning goal 5:58 into the sixth period of the night with a deflection in front.

And Domingue did it all with a full stomach.

“I think we believed, we believed,” Domingue told a reporter postgame. “I actually had quite the meal in between the first and the second overtime, I didn’t expect going in. Maybe it sustained my energy.”

Domingue then revealed what the mystery meal was.

“Some spicy pork and broccoli… not the best.”

Game 2 of the series goes tomorrow night at Madison Square Garden. No word on what’s on the menu for that one.