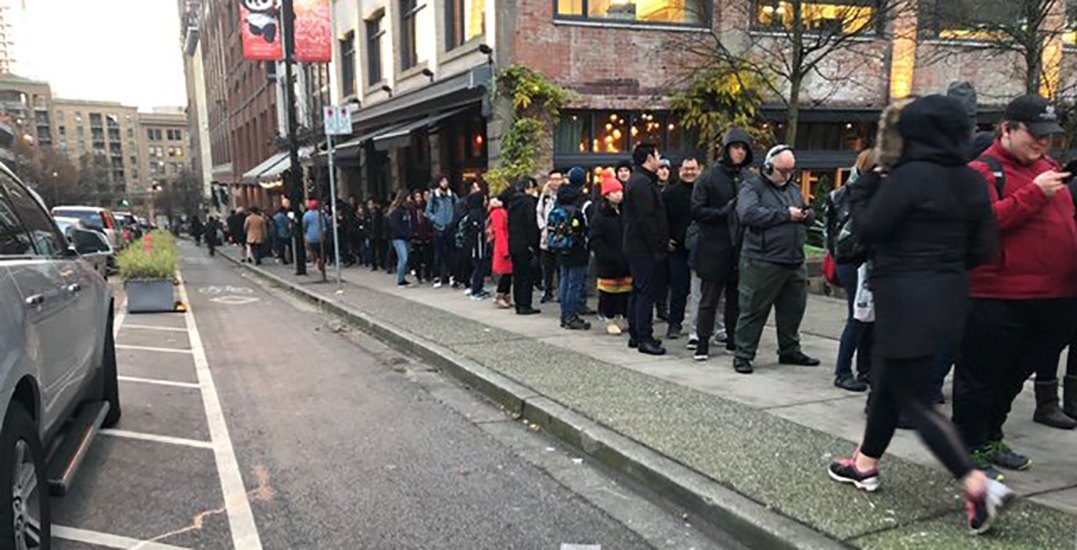 Earlier this morning, TransLink’s Compass Card wristband was released to the public for the very first time.

The lineups for these wristbands have been nothing short of crazy, with social media users citing more than 200 riders waiting to get a wristband.

One user mentioned that some buyers have been leaving the Compass Customer Service office with multiple wristbands at a time.

TransLink has revealed that they’ve implemented a limit of four per person.

Here’s a quick look at the lineups building outside of the Customer Service Offices:

Update: Translink has confirmed that the wristbands are sold out. They’re likely to be restocked in February 2019.

Compass Wristbands have sold out. We are ordering more stock which is expected to arrive in February and will announce when they will be made available to the public. ^CK

Compass Wristbands are selling quickly and won’t last long. There is a limit of 4 per person and we will let you know when they’re gone! ^CK pic.twitter.com/iEC4fooVCa

Line up for compass bracelet down the blocck, wanted one but got a job to get to… people coming out with 5-6 of them. Mostly students. Sounds like I will not be getting one😢@translink pic.twitter.com/yYy1JoneyO

Dear @TransLink, please DM me if you’d like to reach out & help me given my effort to purchase some on this 1st launch day…#EmptyWrist pic.twitter.com/IeIUHx759y

@TransLink 1000 units of adult bracelet I’m guessing all spoken for with this line pic.twitter.com/vNYUI3ZEYo

A huge lineup just to get a better transit product – a wrist band Compass Card – oh why oh why did @TransLink only produce such a limited amount? pic.twitter.com/K8aZTnKOUa