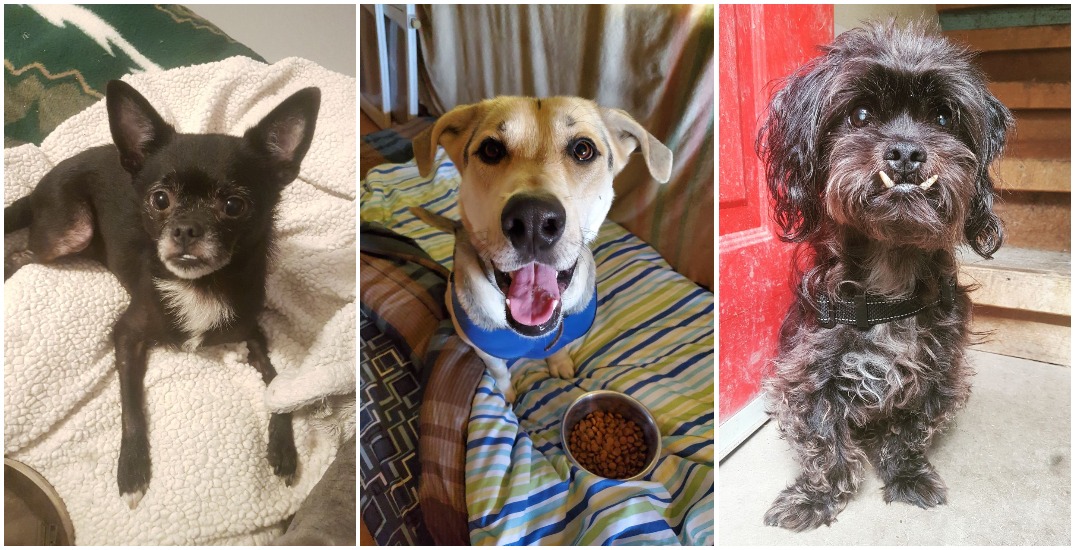 There are dozens, if not hundreds, of dog rescue groups operating in Metro Vancouver.

Their tactics and operations can vary widely. Some specialize in helping certain breeds or types, while others zero in on rehoming animals from certain regions that suffer from animal overpopulation. But they are united in a common and noble goal: finding the best homes possible for dogs that need a second chance.

The odds that a rescue dog will be adopted quickly has a lot of factors, including their age (puppies tend to go quickly), colour (brown dogs are often overlooked), size (small dogs tend to go faster), temperament and medical conditions.

These are seven dogs that have been waiting for a new home for months. Wouldn’t it be lovely for them to have a home for the holidays? 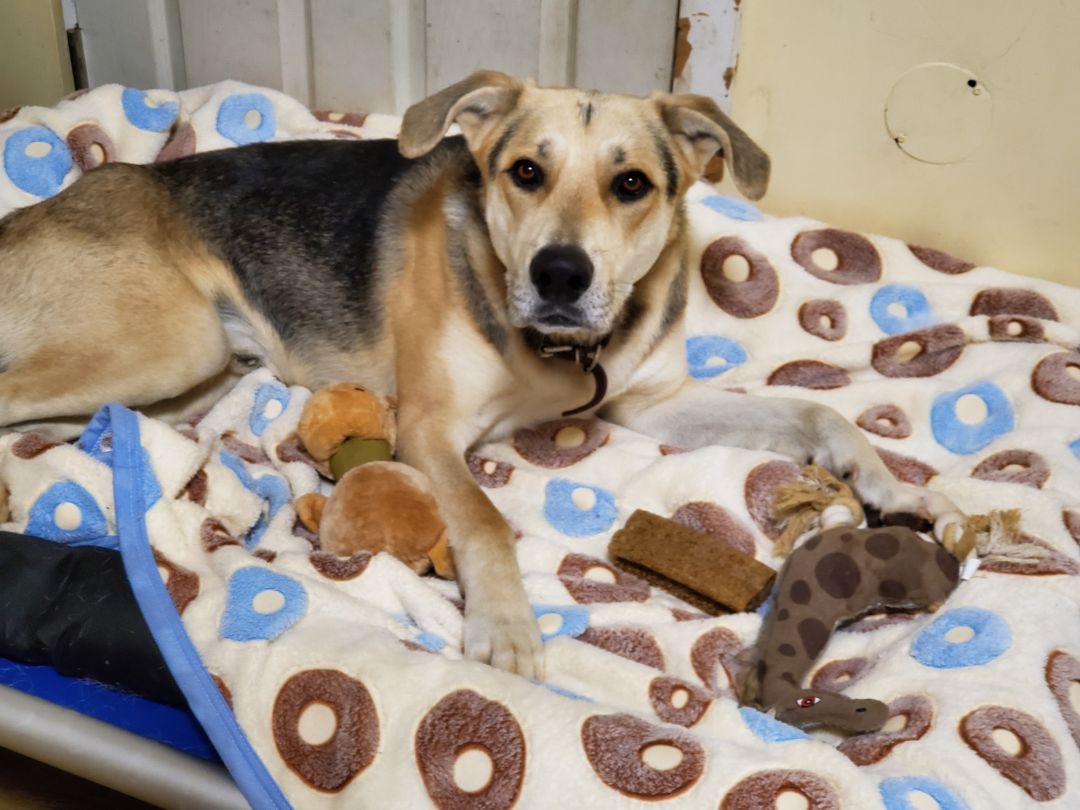 Shady is a young Shepherd Mix who was hit by a car last summer, and suffered spinal trauma and pelvic fracture.  He’s still healing but he’s love a foster home until he’s ready for adoption.  He’s not good with cats, shouldn’t be with any rambunctious dogs and kept in leash with slow walks during his recovery.  He’s very friendly and sweet. And listens well.

Shady is available through the Lower Mainland Humane Society. 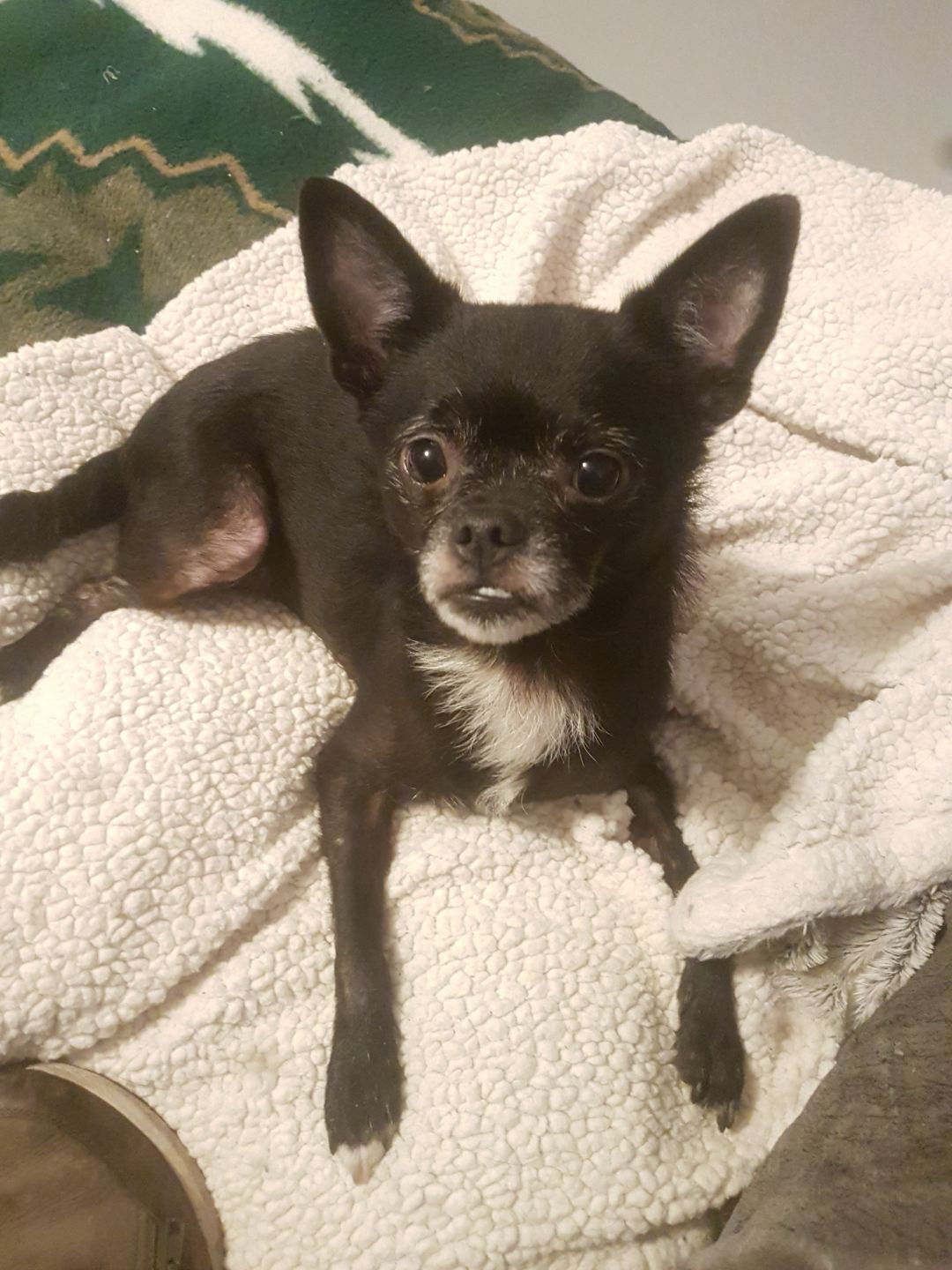 Dasher is about six years old and 18 pounds.  He’s a super high energy dog that loves to play.  But he wasn’t well socialized during his upbringing, so he’s a little reactive to new things.  He’s learning quickly by meeting people and other dogs.  He’d love a foster home so he can continue to learn.

Dasher is available through the Lower Mainland Humane Society. 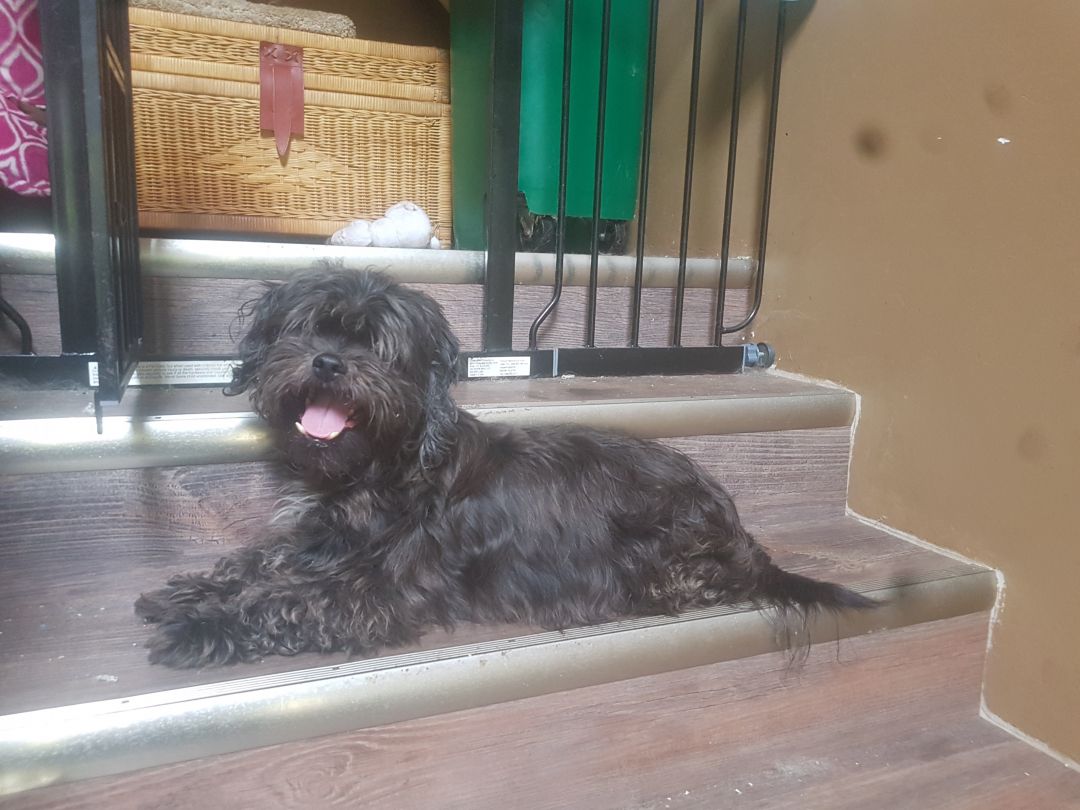 Keno is a senior Shihtzu Mix who was surrendered in February.  He is very friendly with everyone, loves attention.  However he needs a home that does not have stairs because he is blind from his diabetes. He requires insulin twice a day and Cushing’s medication once a day.  He’s a super sweet and deserving boy, who would love a home for whatever time he has left. He was adopted years ago from a shelter, let’s not let him end his life in a shelter.
Keno is available through the Lower Mainland Humane Society. 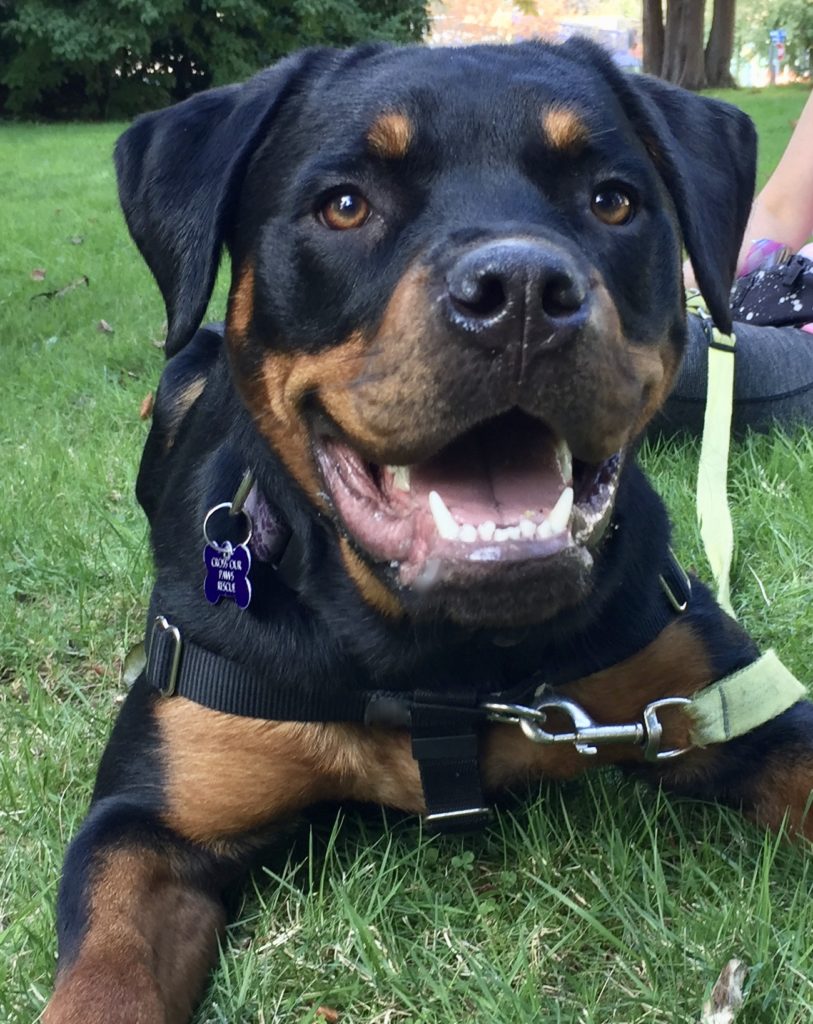 Robin is a beautiful one-year-old, spayed Rottweiler with a gorgeous full tail. Robin loves, loves, loves other friendly dogs as they give her great confidence. This deserving girl can be timid with strangers and best living in a rural environment. A savvy home with a large fenced yard would be ideal. Robin is not suitable to live with kids or cats at this time.

Robin is for adoption through Cross Our Paws Rescue. 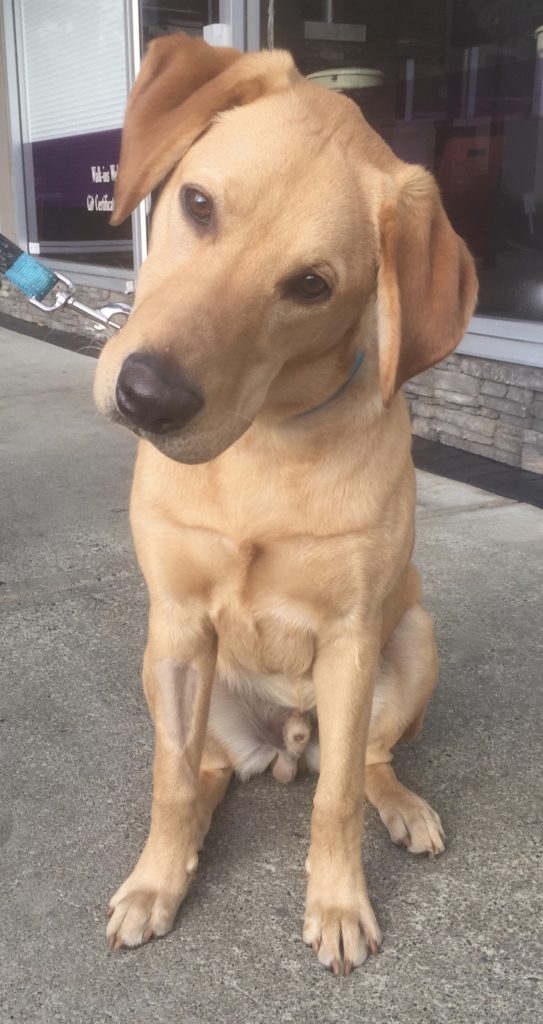 Handsome Houston is a busy boy with lots to say. He is a very strong Labrador Retriever weighing about 75 pounds at just eight months old. Houston is neutered and learning his manners as he matures. He’s had a ruff start and is ready for an ACTIVE committed home. 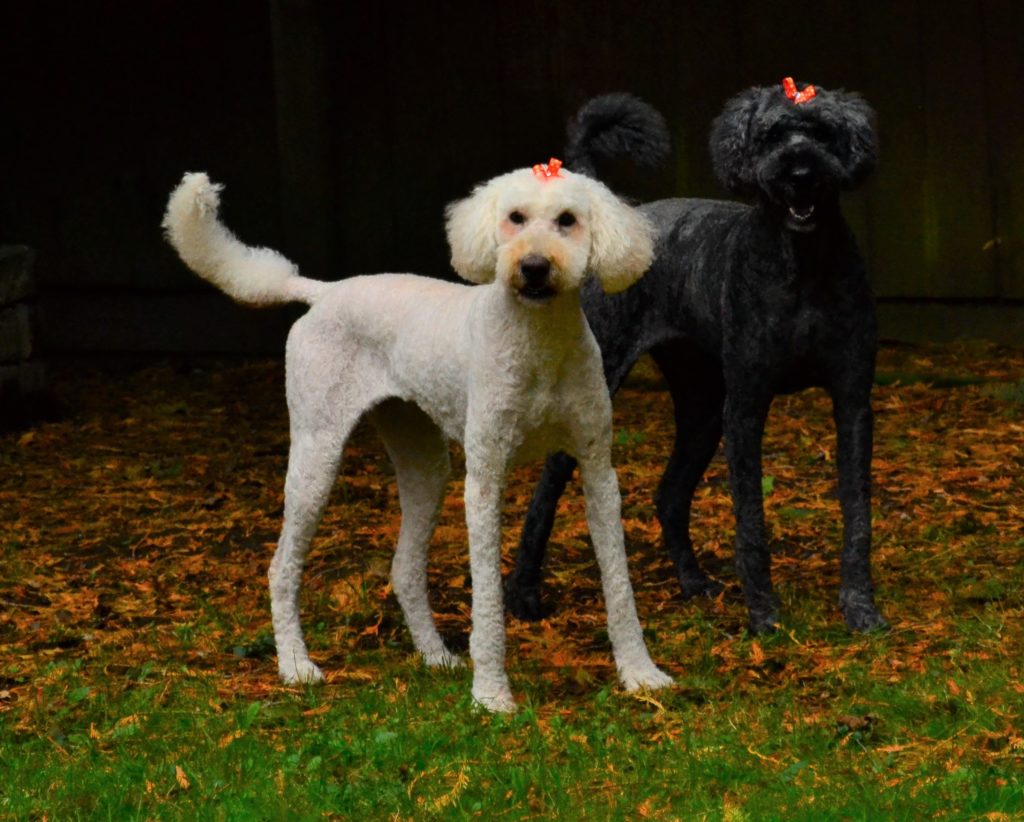 Polar and Ebony, sadly, lost their home after their owner passed away. They are very bonded and the rescue hopes they can stay together. They’ve been recently groomed and had a health check-up. These beautiful Doodles are eight years old and have wonderful temperaments.

Polar and Ebony are for adoption through Cross Our Paws Rescue.