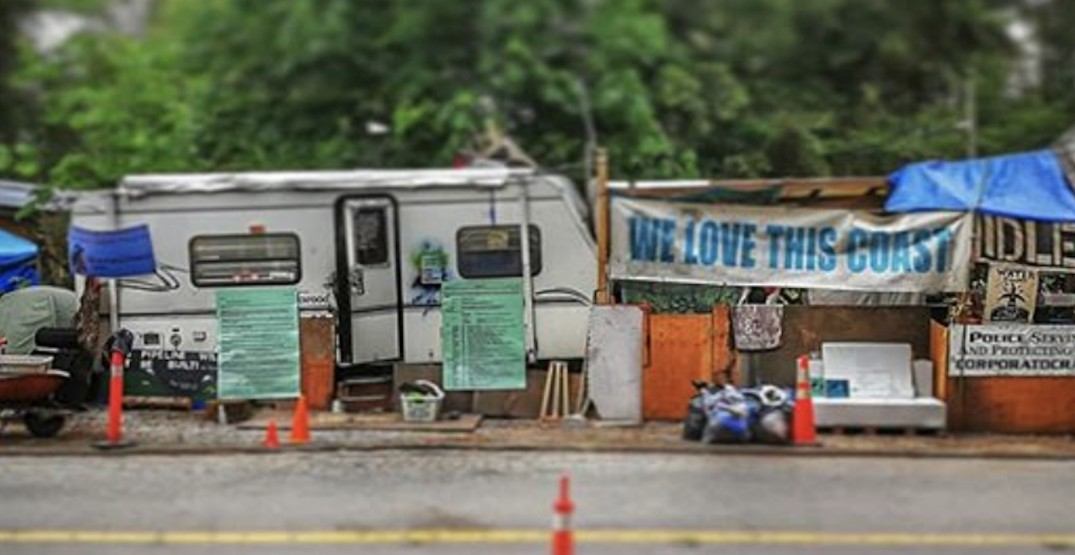 Last Friday, on August 10, the Supreme Court of British Columbia granted the City of Burnaby an Order – a response to Burnaby’s “injunction application”– for Camp Cloud, a base camp consisting of tents, RVs, and temporary shelters set up by Kinder Morgan pipeline protestors.

The order granted the city permission to dismantle the camp, located at the intersection of Underhill Avenue and Shellmont Street, and prohibit “similar occupation of the site in the future.” 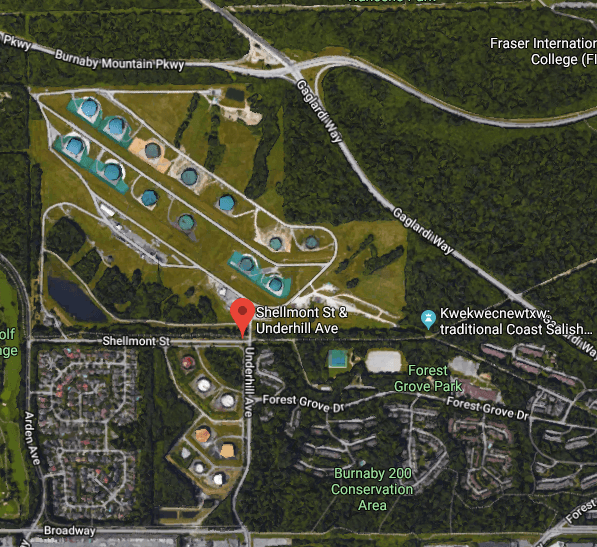 According to a statement from the City of Burnaby, officials have been concerned about the “ongoing burning of an unsafe fire, threats and acts of violence by camp occupants, and unsafe and illegal building construction.”

Since early this morning, Burnaby RCMP has begun to dismantle Camp Cloud, after reportedly providing “ample time for the residents to vacate the location.”

Police officers, municipal crews, and firetrucks are all present at the camp.

Increased resources have been called in, although Burnaby RCMP explains that they “are not expecting violence or disorder during the injunction enforcement.” Rather, their main duty is cited as assisting in the removal of “large structures at the camp and cleaning up the area.”

Temporary exclusion zones have also been set up for police and public safety reasons. Media and the public have been prohibited from entering exclusion zones and only once the operation is complete will members of the public be allowed to re-enter.

A reminder that for police and public safety, an exlusion zone has been established during the enforcement operation of the injunction order. Public/media are welcome to stand at the perimeter. Once completed, members of the publc will be allowed to re-enter the exclusion zones.

So far, 11 individuals have been removed from the protest site.

Five were arrested, although they have since been released from custody.

UPDATE: 11 individuals were removed from the protest site during the enforcement of the injunction earlier this morning. 5 were subsequently arrested and have since been released from custody.

Until the injunction is complete, Underhill Avenue will be closed north of Forest Grove Drive; Shellmont Street will be closed east of Meadowbrook Park.