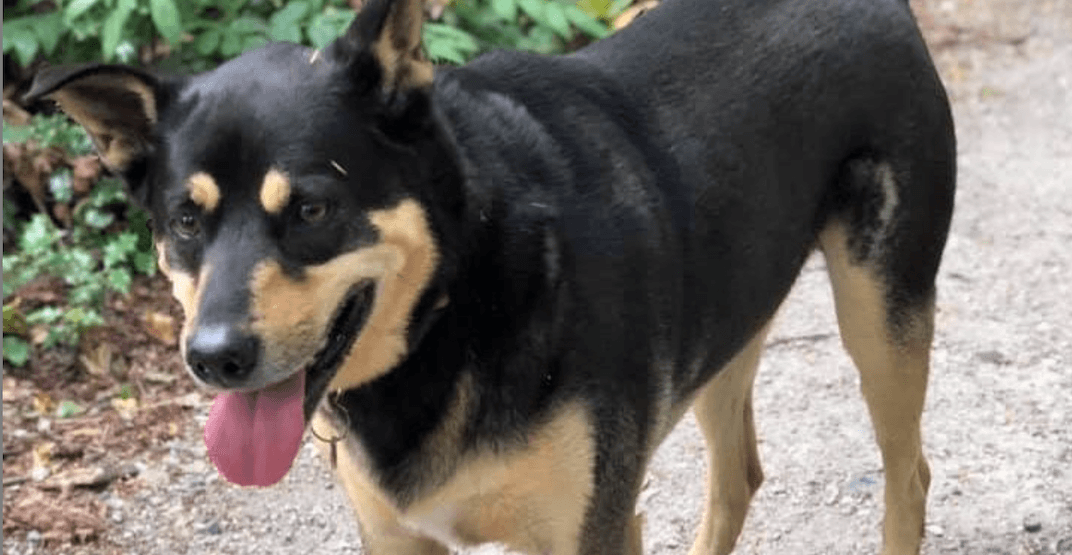 Jack was stolen from his home on Vancouver's west side, and is likely in the DTES. (Thank Dog I Am Out / Facebook)

A Vancouver-based dog rescue group has issued a public service announcement — and a dire warning — after a recent spike in dog thefts across Vancouver.

The public service announcement video was released on the rescue group’s Facebook page.

Susan Patterson, who is the founder of Thank Dog I Am Out Dog Rescue Society, implores dog owners everywhere to be more cautious about leaving their dogs unattended. Over the past 12 months in Vancouver, Patterson has seen dogs being stolen from outside coffee shops, and backyards. 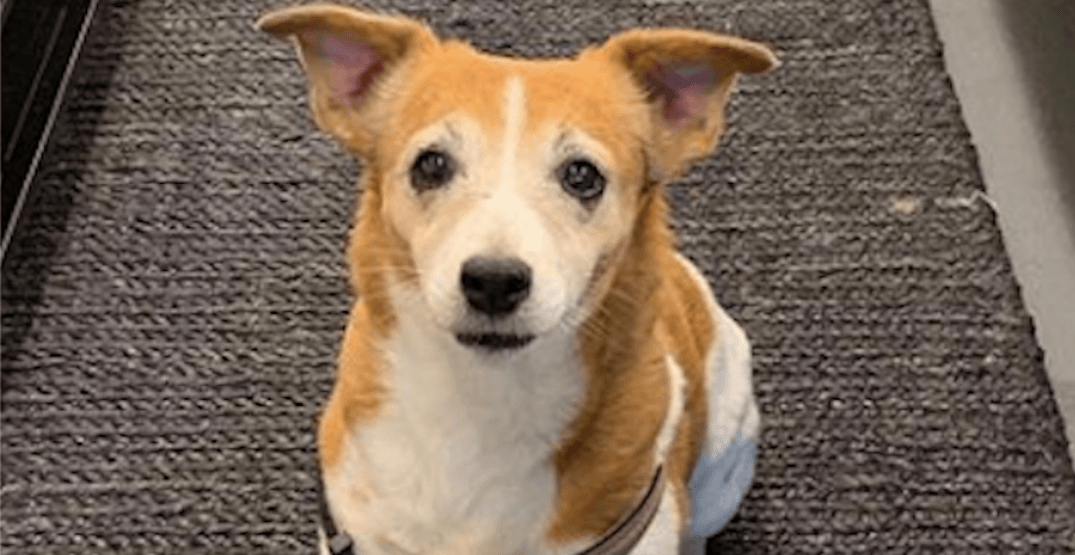 Just last month, a senior brown and white Jack Russell dog named Heli was nabbed near Main and Powell street while his owner Mark Milburn was unloading gear at his studio on Powell Street.

While Heli has been found and reunited with his owner, not all dog thefts have happy endings. Another dog, a 90-lb rottweiler-mix named Jack, recently went missing after being stolen from his owner’s yard in Vancouver’s West Side. He still hasn’t been found.

She says many of the dogs are eventually sold in the Downtown Eastside, or out of province as rescue dogs. Some stolen dogs are even sold online.

The escalating dog thefts have forced their volunteers and staff to become de-facto “search and rescue teams,” she says.

Patterson points out that it’s not just small dogs that are being stolen. She cautions dog owners of large breeds to not get too comfortable either, pointing to one of her search and rescue cases where a dognapper popped their elbow through a car window to grab a large purebred dog that was in the backseat.

“Even if you have a big 90 pound Rottweiler that’s friendly, and somebody opens the gate, that dog’s gonna walk out that door and get stolen,” she tells Daily Hive.
Despite the Thank Dog I Am Out Dog Rescue Society operating for the past 10 years, Patterson is still not sure why dogs are being stolen across Vancouver at such a high rate.

“I really don’t know how to explain it, except that people have to be more vigilant. And they they just can’t leave their dog unattended,” Patterson said.

You know I don’t know why I get so crazy about this. 😡😡😡 I just approached the owner of this dog and suggested he not tie her up. He looked at me like I was the crazy one and said it was a risk he was willing to take. It’s true what people say. #youcantfixstupid

So what if your dog gets stolen next?

Patterson advises dog owners who have had their dogs stolen to first contact the non-emergency police hotline, before providing every 24 hour emergency clinic in range with your dog’s photo and details in case the dog is injured or hurt and ends up at one of these clinics.

“The first 72 hours are really important that you plaster your posters everywhere and contact every search and rescue service available to you and your community,” says Patterson, before adding that neighbourhoods cameras are also very helpful in tracking down dog theft cases.