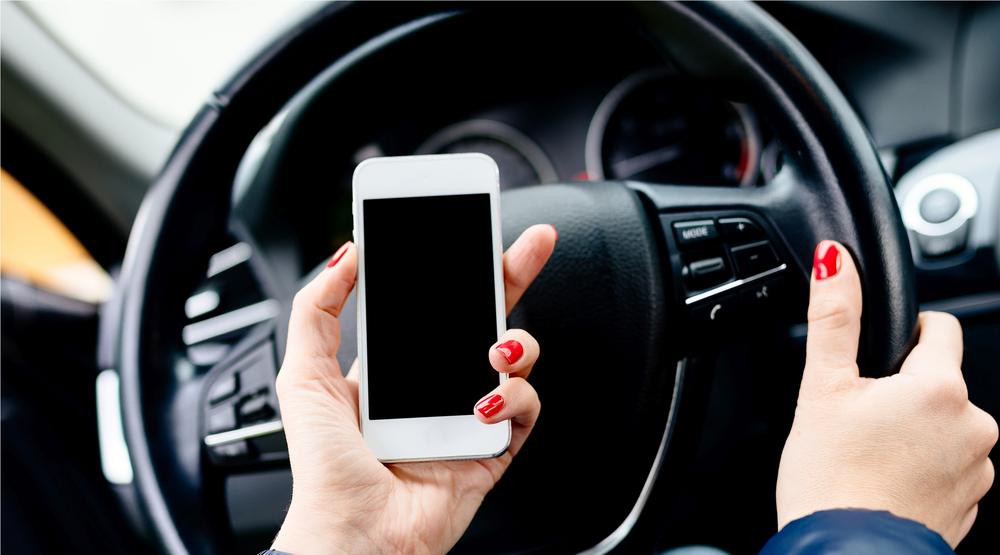 With class back in session, ICBC, along with police in BC are ramping up their education  and enforcement efforts against distracted driving this month.

“The law is clear: You must leave your phone alone when operating a vehicle,” said Neil Dubord, chair of the BC Association of Chiefs of Police Traffic Safety Committee. “This includes when you’re stopped at a light or in heavy traffic.”

Dubord added that police will be out “in full force” this month reminding drivers to leave their phone alone when behind the wheel, as part of a distracted driving campaign.

The campaign will feature new TV, radio, and online advertising, as well as digital and social media. In a release, ICBC said there will also be free “not while driving” decals available at ICBC driver licensing offices and participating Autoplan broker offices “for drivers to show their support and encourage other road users to follow their example.”

According to ICBC, approximately 960 crashes occur every day in BC, many of these caused by distracted or inattentive driving.

“Studies show drivers who are talking on their phone lose about 50% of what’s going on around them, so you’re less likely to see cyclists and pedestrians when you’re distracted,” said ICBC’s Lindsay Matthews.

ICBC also noted that distracted driving is the second leading contributing factor in traffic fatalities, behind speed and ahead of impaired driving. It contributes to more than one in four deaths on BC roads.

Under the BC Motor Vehicle Act, distracted driving can result in a $368 fine.