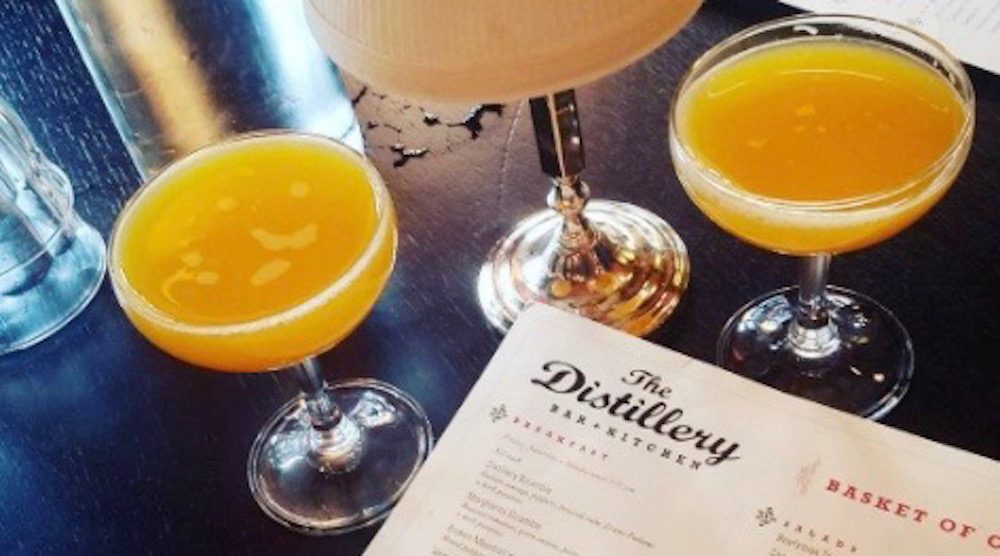 If you’re a fan of brunch – which I’m sure most of you are – you were probably aware of the great glorious $10 bottomless mimosa deal The Distillery Bar + Kitchen offered during its weekend brunch service.

Well, it pains me to say this, but as of a few weeks ago, this is no longer a thing.

This is sad news for booze-loving brunchers.

The reason? Distillery Bar staff told Daily Hive that a formal complaint was made, and since BC’s liquor laws technically don’t allow such amazing and life-changing deals to go down in Vancouver establishments, the restaurant had to officially put a cap on the beloved bottomless OJ and bubbles.

Distillery brunch is not only a Vancouver-favourite because of its cheap $10-flat breakfast menu served Fridays and weekends until 3 pm, but also because of this amazing mimosa deal that is no longer.

You can still enjoy a a handful of single mimosas but the bottomless deal is off the menu, and I can safely say it will be missed dearly come weekends in Downtown Vancouver.