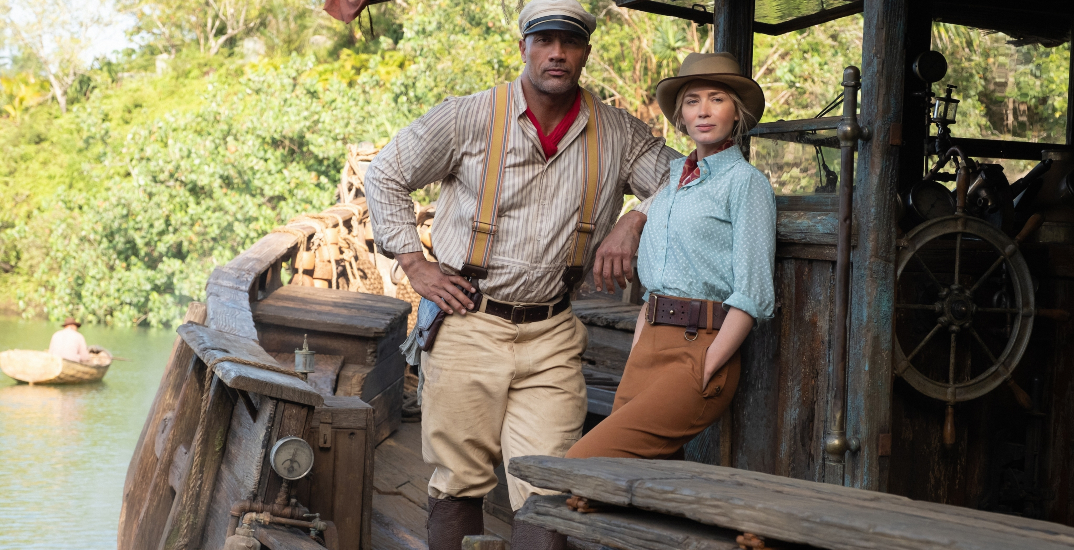 While we teeter on the brink of ending July and starting August this weekend, Disney Plus is releasing a highly anticipated feature along with some new shows.

The Rock and Emily Blunt star in Jungle Cruise, an adventure following the two stars on a trip to the Amazon, along with new episodes from two of Disney’s exclusive series.

With older titles released earlier in July, here’s what’s worth checking out on Disney Plus this weekend as we flip the calendar to August.

Join fan favourites Dwayne Johnson and Emily Blunt for the adventure of a lifetime on Disney’s Jungle Cruise, a rollicking thrill-ride down the Amazon with wisecracking skipper Frank Wolff and intrepid researcher Dr. Lily Houghton. Lily travels from London, England, to the Amazon jungle and enlists Frank’s questionable services to guide her downriver on La Quila, his ramshackle-but-charming boat. Lily is determined to uncover an ancient tree with unparalleled healing abilities, possessing the power to change the future of medicine.

In case you missed out, here are some titles that launched on Disney Plus in July:

When uptight Deputy Marshal Scott Turner inherits Hooch, a giant unruly dog, his new pet destroys his apartment and seems dead set on destroying his career. Scott is desperate to get rid of Hooch, who seems to behave well for everyone but him. But when a witness under Marshal protection is kidnapped, he realizes that the dog he never wanted may turn out to be the key to saving the day.

Bob Belcher runs his dream restaurant with his wife and three children as their last hope of holding the family together. Eight seasons of the comedy show are now on Disney Plus.

A Monsters, Inc. series set six months after the Monsters, Inc. film about the monsters getting their energy from children’s laughs instead of their screams.

She loves what we fear. This new documentary from National Geographic covers the majestic beasts of the ocean.