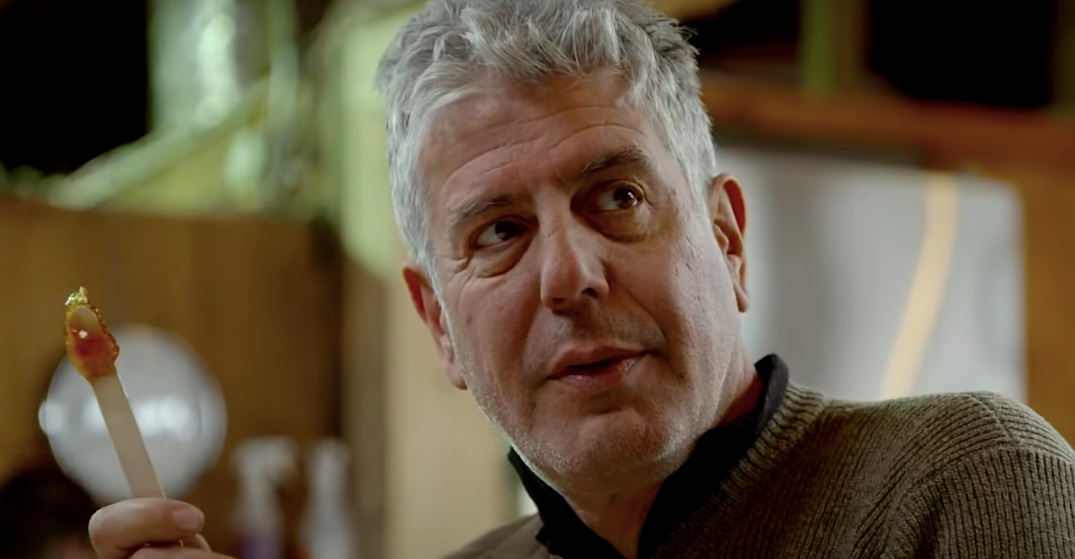 A new documentary following the life and travels of the late world-renowned chef Anthony Bourdain was released across select theatres in Canada on Friday.

In honour of Roadrunner: A Film About Anthony Bourdain, we’re going to go back in time and take a look at when the New York City culinary expert spent some time in Canada, specifically in Quebec.

“I love Montreal,” said the chef at the beginning of episode four of the first season of Anthony Bourdain: Parts Unknown. “It is my favourite place in Canada. The people who live there are tough, crazy bastards, and I admire them for it.”

During the 2013 episode, Bourdain travelled to Quebec, where he sampled local delicacies in Montreal and the province’s capital. He explored ice fishing on the St. Lawrence River and went beaver hunting with two of the province’s most respected chefs/restaurateurs, Dave McMillan and Fred Mortin of Joe Beef.

Bourdain tackled other Canadianisms, including asking how Canada Post workers deliver mail in a mid-February snowstorm, witnessing a game of outdoor shinny, and eating maple syrup taffy — right from a stick.

Bourdain said Canadians, specifically Quebecers, bring “French Canadian lumberjack appetites and joie de vivre” to the global food culture, “coupled with a deep respect for the traditions of dining and hospitality unique to their region.”

Videos and highlights, along with other field notes from the late chef, can be found on the Explore Parts Unknown website.

Roadrunner: A Film About Anthony Bourdain, premiered at the Tribeca Festival in June and was released across select theatres in Canada on Friday.

The film is directed by Morgan Neville (Won’t You Be My Neighbour) and follows Bourdain’s success after the New Yorker’s acclaimed memoir, Kitchen Confidential, in 2000.

Using footage and interviews from friends, coworkers, and family members, the film explores what helped launch Bourdain to stardom, his culinary career, and his desire to travel the world.