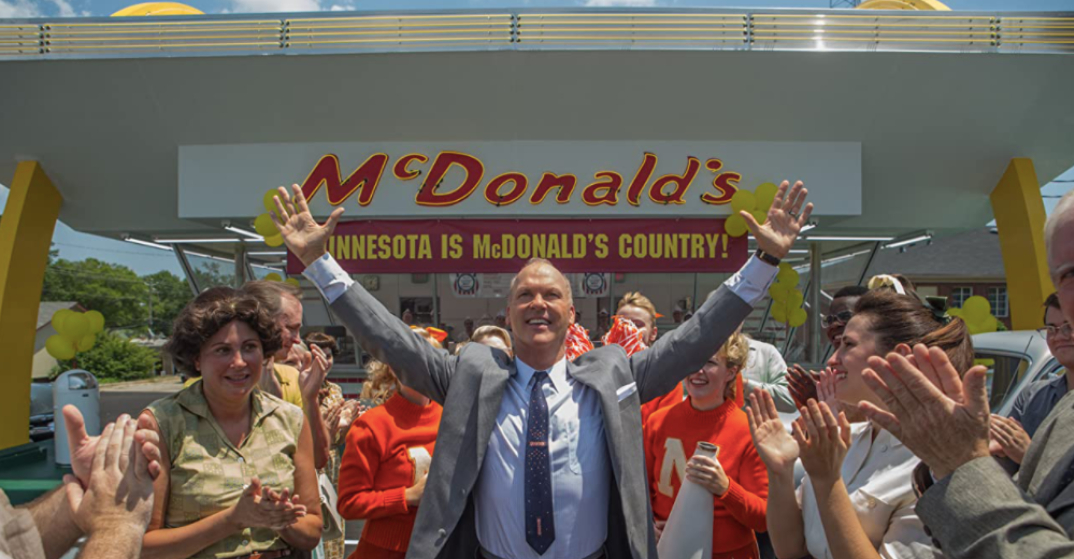 Sometimes it’s just so much more meaningful to find truth in movies. A sense of realism and reality makes a flick that much more intriguing, and that’s exactly the type of film we’ll be highlighting that is currently streaming on Netflix Canada.

Unsurprisingly, these movies based on real life make up some of the best options in the entire Netflix library. Because who knows, you might even come out of these titles a better person.

And while documentaries are mostly surrounded by reality, we’re focusing solely on movies here.

Here are biopics streaming on Netflix Canada right now that should be on your watch list.

From one giant corporation to another, The Founder follows a struggling salesman who becomes driven to change the way hamburgers are made and sold after a fateful encounter with the McDonald brothers.

A group of wily opportunists make a fortune off the US economic crash by sniffing out the situation in advance and betting against the banks.

In this unflinching biopic based on Mötley Crüe’s bestselling book, four LA misfits navigate the monster highs and savage lows of music superstardom.

Former Olympian Molly Bloom ran a high-stakes poker game for the stars — until her lofty lifestyle nearly sent her to prison.

What was supposed to be a peaceful protest turned into a violent crash with the police. What followed was one of the most notorious trials in history.

A cartoonist, crime reporter, and a pair of cops investigate San Francisco’s infamous Zodiac Killer in this thriller, based on a true story (obviously).

In the face of violent racist attacks, Martin Luther King Jr. leads a protest in Alabama that culminates in a historic march from Selma to Montgomery.

The story of Dick Cheney, an unassuming bureaucratic Washington insider, who quietly wielded immense power as vice president to George W. Bush, reshaping the country and the globe in ways that we still feel today.

In 1979, six Americans take shelter from Iranian militants in the Canadian embassy, prompting the CIA to concoct an elaborate plot to rescue them.

The NSA’s illegal surveillance techniques are leaked to the public by one of the agency’s employees, Edward Snowden, in the form of thousands of classified documents distributed to the press.

An affluent couple takes in a homeless teenager and nurtures his growth into a football powerhouse.

Wayward Prince Hal must turn from carouser to warrior king as he faces hostilities from inside and outside the castle walls in the battle for England.

Hollywood in the 1930s is reevaluated through the eyes of scathing wit and alcoholic screenwriter Herman J. Mankiewicz as he races to finish Citizen Kane.

When Chris and his son are evicted, they face trying times as a desperate Chris accepts an unpaid internship at a stock brokerage firm.

Astronaut Neil Armstrong spends a decade training for the flight of a lifetime, as he prepares to be the first man to walk on the moon.

Famed Polish pianist Wladyslaw Szpilman struggles to survive the onslaught of Nazi tyranny during World War II in this drama based on his memoirs.

After spending time in a mental institution, a man decides to become a doctor, hypothesizing that humour will improve patients’ quality of life.

A young man gives up everything — including his trust fund and ties to a seemingly stable family — to lead a solitary life in the wild.

When US forces attempt to capture two underlings of a Somali warlord, their helicopters are shot down and the Americans suffer heavy casualties.

Single mother Liz falls for Ted Bundy and refuses to believe the truth about his crime for years.