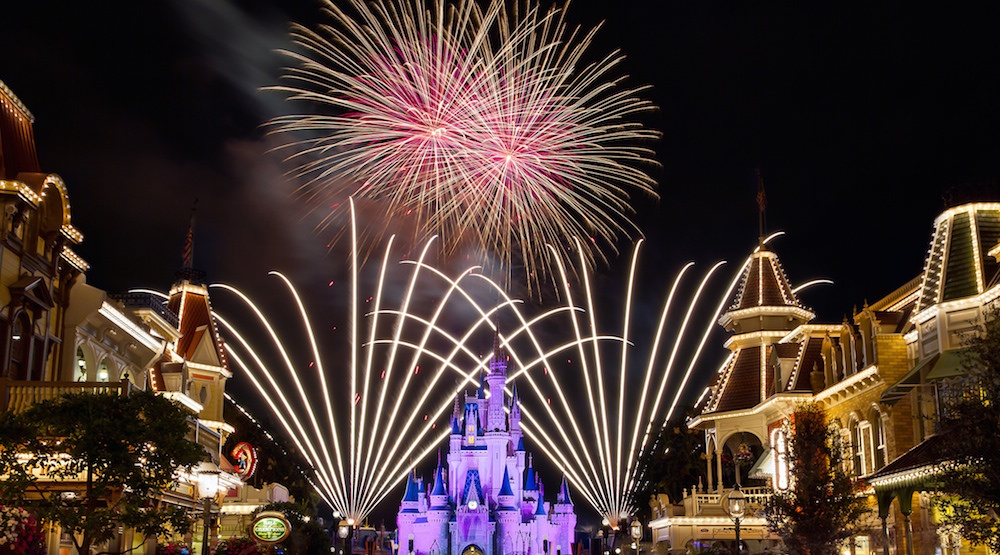 Team United States, you’re next! The 26th annual Honda Celebration of Light comes to a close on the night of Saturday, July 30 with a rare out-of-theme-park display designed by the creative mind responsible for the nightly fireworks at Walt Disney World Resort in Florida.

Over the past few months, since Walt Disney Entertainment was announced as one of the three competitors in this year’s fireworks competition, the sheer excitement has been building up specifically for this show. And as it turns out, especially for fans of Disney’s huge arsenal of film properties, that excitement may be warranted.

Brad Cicotti, the principal fireworks designer for the Walt Disney Entertainment in Florida, told Daily Hive that revellers can expect a fireworks soundtrack mix of Disney’s most iconic music from many of its feature films.

“This show is all the best Disney music that I can find to put in 25 minutes,” he said. “It’s all Disney music, every song is recognizable to everybody.”

When asked to name a few songs that will be used in the soundtrack, he named tunes from the Little Mermaid, Pirates of the Caribbean, and The Lone Ranger, specially a dynamic rendition of the William Tell Overture by Hans Zimmer. He was not willing to reveal anymore of the soundtrack, which will be played on LG 104.3’s radio simulcast, in the interest of retaining the element of surprise.

Approximately 2,500 fireworks, timed to 1,920 cues, will be used for this show, and the number increases to close to 5,000 shots when all the cakes are taken into consideration. Most of the fireworks were manufactured in China, with the exception of the large eight-inch and 10-inch fireworks from Mexico.

Cicotti says he doesn’t have the same full creative reign that he does at his theme parks given that this is an international competition. Everyone, namely Netherlands’ Royal Fireworks and Australia’s Howard’s Fireworks, needs to be on the same playing field.

“It’ll be different from the shows at Walt Disney World because everyone has to abide by the same rules,” he said. “You can only have a certain number of cues and a certain dollar amount. Everything is set.”

“The regulations in this competition are much different than what we do in the parks, because in the parks there’s no limit to what we can do.”

Cicotti has been with Walt Disney World for nearly three decades now, and he began leading the resort’s fireworks team about 15 years ago. He was initially an audio engineer before changing his trade to work in pyrotechnics.

His Disney pyrotechnics team stages three shows every night of the year at Magic Kingdom, Epcot, and Disney’s Hollywood Studios, which started a new Star Wars-themed fireworks show just a month ago.

However, he only began doing competitions five years ago and has only done five competitions to date – in Germany, Malaysia, and China – as Disney is “very picky” about which ones they will let him do.

“I know some people that had participated in Vancouver’s fireworks festival in the past and they said it was a good competition,” he said. “I’ve been told a lot of people watch it, and I did some research on people who had done it on the past and it was a pretty a ‘go-by-the-book’ competition where everyone has the same chance to win.”

Cicotti and four other crew members from Walt Disney World are accompanying him in Vancouver to assist with the process of loading and setting up the fireworks on the barge. Approximately 10 people from Sirius Pyrotechnics, the Canadian fireworks company responsible for staging the logistics behind the fireworks competition, will also be on-site.

Disney’s USA night could potentially break a single-night attendance record at the Honda Celebration of Light.

As usual, the fireworks are scheduled to kick off at 10 pm at English Bay. The forecast for that time currently calls for clear skies, with temperatures dipping to 18°C, but it will feel like 21°C with humidity factored in.

Be sure to check Daily Hive Vancouver’s Facebook page a few minutes after 10 am today for the LIVE STREAM of our tour of the fireworks barge at English Bay. We will be meeting the Walt Disney World fireworks team for more on their much-anticipated show tomorrow.