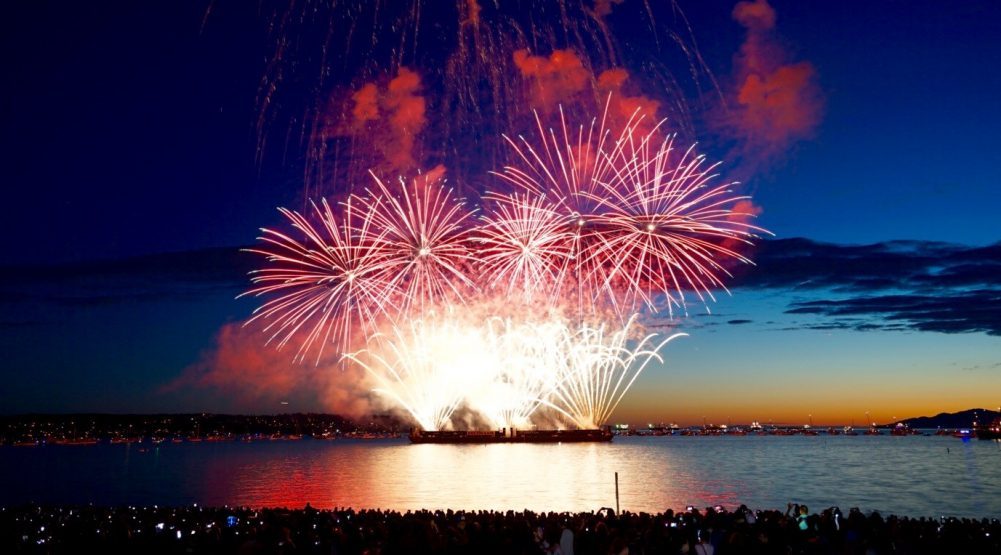 Hundreds of thousands of people crowded the beaches and parks around English Bay on Saturday night as the 2016 Honda Celebration of Light fireworks kicked off in Vancouver.

The 25-minute-long display by Team Netherlands, represented by Royal Fireworks, was received well on social media, with some calling it one of the best shows the city has seen in years.

This year’s fireworks festival marks the event’s 26th anniversary, which will see Team Australia on Wednesday, July 27 and Team USA on Saturday, July 30, which will be produced by the Walt Disney Company.

Here’s a compilation of photos and videos from Saturday night’s show by Team Netherlands.

Fireworks from the appartement #canada #bc #vancouver #downtown #fireworks #lightfestival

You can hear me exclaim “holy shit! #festivaloflight #vancouver #holyshit