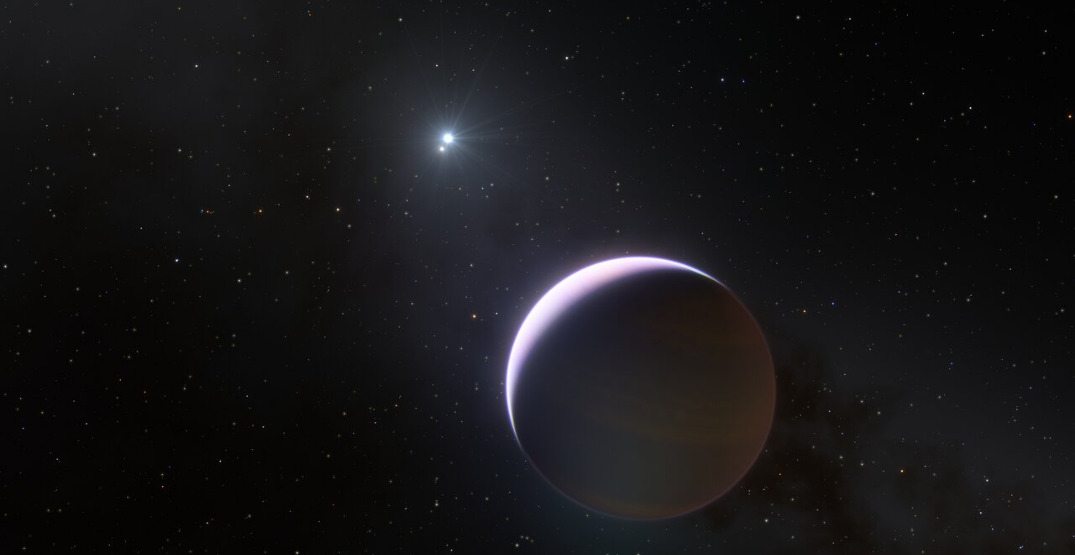 An artist's impression shows a close up of the planet b Centauri b. (ESO/L. Calçada)

A massive planet 10 times the size of Jupiter, the biggest planet in our solar system, has been discovered in an environment that planets weren’t thought to be able to exist in.

To put the size of this new planet into perspective, Jupiter’s radius is 69,911 km.

b Centauri b was discovered by the European Southern Observatory’s Very Large Telescope (ESO’s VLT) in a two-star system that can actually be seen by the naked eye. Scientists call this star system the “hottest and most massive” planet-hosting system discovery to date.

Before this massive discovery, scientists didn’t believe that a planet could exist in a star-system as hot or large as the one where they found b Centauri b.

The newly discovered planet is approximately 325 light-years away in the Centaurus constellation.

“Some astronomers believed planets could not exist around stars this massive and this hot — until now,” reads a statement from the ESO.

“Finding a planet around b Centauri was very exciting since it completely changes the picture about massive stars as planet hosts,” said Stockholm University Astronomer Markus Janson in a statement. 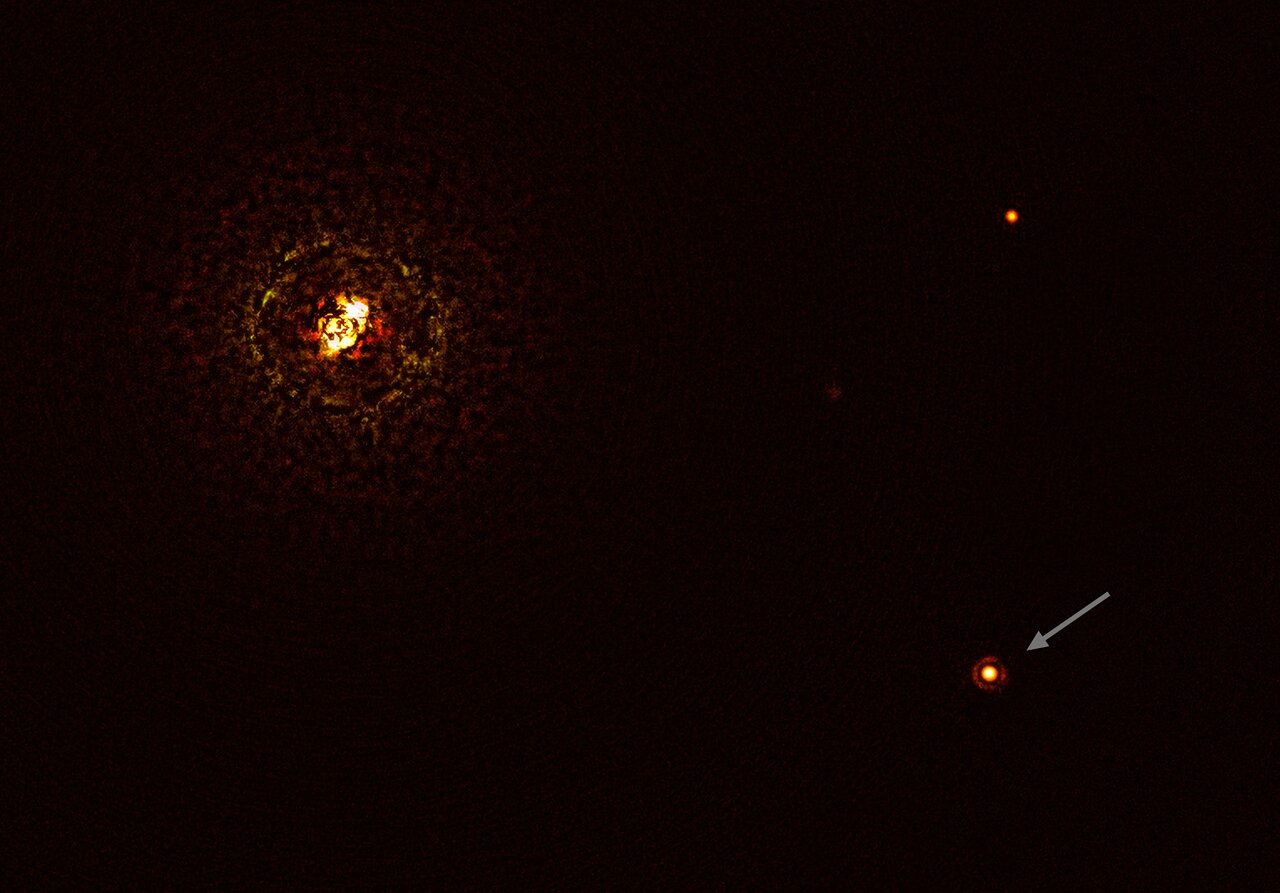 The arrow points to b Centauri b. (ESO/Janson)

The planet is orbiting b Centauri, a two-star system that has at least six times the mass of the sun, which makes it the biggest system in which a planet has been confirmed. The ESO states that until this discovery, no planets had ever been spotted around a star more than three times as big as the sun.

It’s not just the size of the star system that makes this discovery so dramatic, it’s also the amount of heat generated within it. The system’s main star is also known as a B-type star, and it is over three times as hot as the sun. It also emits a large amount of radiation.

ESO experts suggest that this combination of factors should “work against planet formation.”

1/ Our Very Large Telescope has captured a direct image of a planet orbiting b Centauri the hottest and most massive planet-hosting star pair found to date!

“The planet in b Centauri is an alien world in an environment that is completely different from what we experience here on Earth and in our Solar System,” says co-author of the study Gayathri Viswanath, a PhD student at Stockholm University.

It’s not just the star system that’s extreme either. b Centauri b is one of the biggest planets ever found. It also reportedly travels around the star system in one of the widest orbits ever discovered, at a distance 100 times greater than Jupiter from the Sun.

“This large distance from the central pair of stars could be key to the planet’s survival.”

The research was published by Nature on Wednesday.