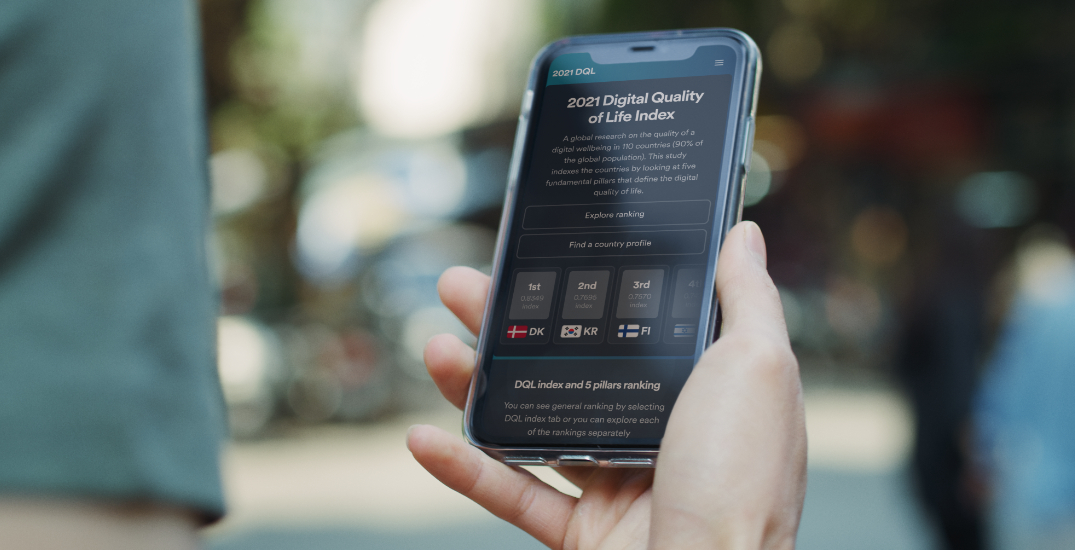 Canada’s digital quality of life has decreased substantially since 2020, according to a new report.

Cybersecurity company Surfshark has released the third annual edition of its Digital Quality of Life Index (DQL), and Canada has placed 20th out of 110 countries.

While Canada still ranks in the top 20% worldwide, the country has fallen significantly since the 2020 iteration of the DQL, and no longer holds the top spot in North America.

Last year, Canada ranked third on the list and first out of 11 North American countries. The drop in 2021 put Canada 15 spots behind the United States.

Denmark ranked first on the DQL for the second straight year, followed by South Korea. Finland took third place, while Israel and the US round out the top five, respectively.

The study is based on open-source information from sources including the United Nations, the World Bank, Freedom House, and the International Communications Union.

The country nabbed the 18th spot in e-government, placed 24th in internet quality, and ranked 27th for e-security—a 13% increase since last year.

However, Canada has “room to improve” in internet affordability, coming in at number 32 worldwide.

“The affordability index has decreased by a total of 82% since last year, largely due to a fall in broadband affordability,” the study’s authors said.

They noted that Canadians have to work for one hour and 43 minutes to afford the cheapest broadband internet package—one hour and 36 minutes more than they did in 2020.

Less affordable broadband is a global trend, though. On average, people will have to work 25 minutes more to afford broadband internet in 2021 than they did last year.

“Digital opportunities have proved to be more important than ever during the COVID-19 crisis,” said Vytautas Kaziukonis, CEO of Surfshark.

“[This] stresses the importance for every country to ensure fully remote operational capacities for their economies.”