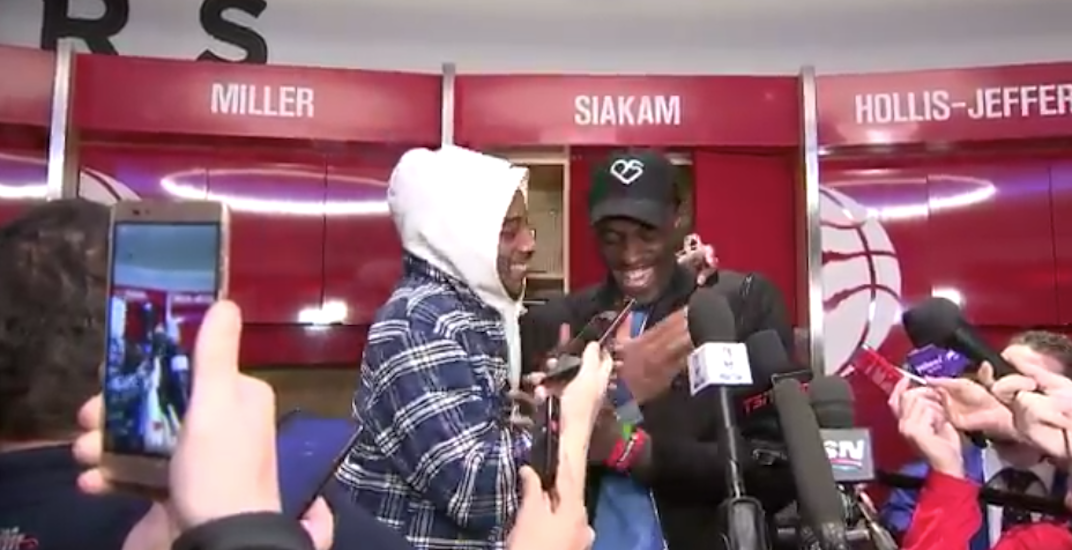 How comfortable does DeMar DeRozan still feel in Toronto?

Following a 105-104 San Antonio Spurs win over his former team, DeRozan said hello to some of his former teammates. That included Pascal Siakam, during his post-game media scrum.

“I forgot your question completely,” Siakam told one reporter.

Asked if it’s any less strange coming back to Toronto, given he has already done it once before as a member of the Spurs, DeRozan said: “It’ll always be strange. The amount of time that I was here, coming back, it always brings back old memories.”

Strange or not, it had to be a good feeling for DeRozan leaving Scotiabank Arena with a win, as the game’s highest-scorer, with 25 points.

It was a return of sorts for Siakam as well, as he scored 15 points in his first game back following a groin injury that kept him out since December 18.