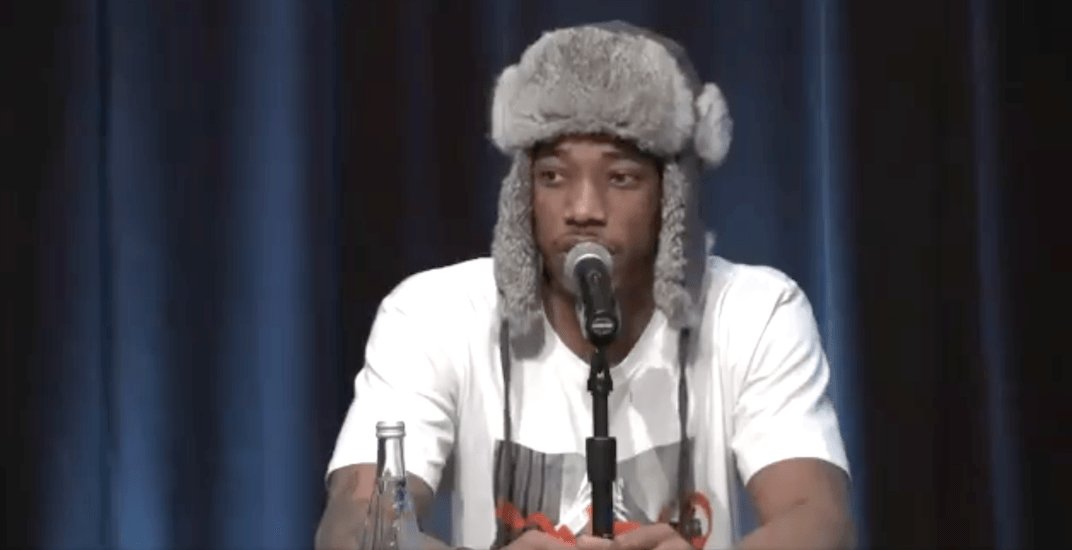 Back in Toronto wearing his finest winter hat, DeMar DeRozan took questions from the media on Thursday.

The former Raptors star will play his first game in Toronto since last summer’s blockbuster trade on Friday, in what is sure to be an emotional night.

DeMar DeRozan: "Regrets? I don't have any regrets about nothing. That's just me… It was real."

Now a member of the San Antonio Spurs, DeRozan says he has no regrets from his time with the Raptors. He’s looking forward to not only playing back in the city that he still loves, but playing against his best friend Kyle Lowry.

“Time does heal everything,” DeRozan said. “That don’t mean it’s going to go back to the same way that it was. I’m fine with that. I’ve moved on. I’m happy with where I’m at.”

.@DeMar_DeRozan spoke about what he misses about the city of Toronto and how he's feeling ahead of his return tomorrow night: pic.twitter.com/OkSgcFyKXa

The Compton native is enjoying a productive season with the Spurs, averaging 21.4 points, 6.1 rebounds, and 6.1 assists per game.

DeRozan says there’s a lot of things he misses about Toronto, and he’s already felt the love since returning. He keeps in touch with his former teammates, of which there are fewer still with the Raptors after Masai Ujiri’s recent wheeling and dealing.

And you know he keeps in touch with Lowry, who didn’t play the last game between these two teams in San Antonio, due to injury.

"I was kind of mad at him that he didn't play last game." 😂@DeMar_DeRozan says he's looking forward to playing against @KLow7 for the first time tomorrow night. pic.twitter.com/oAX4LlMsvM