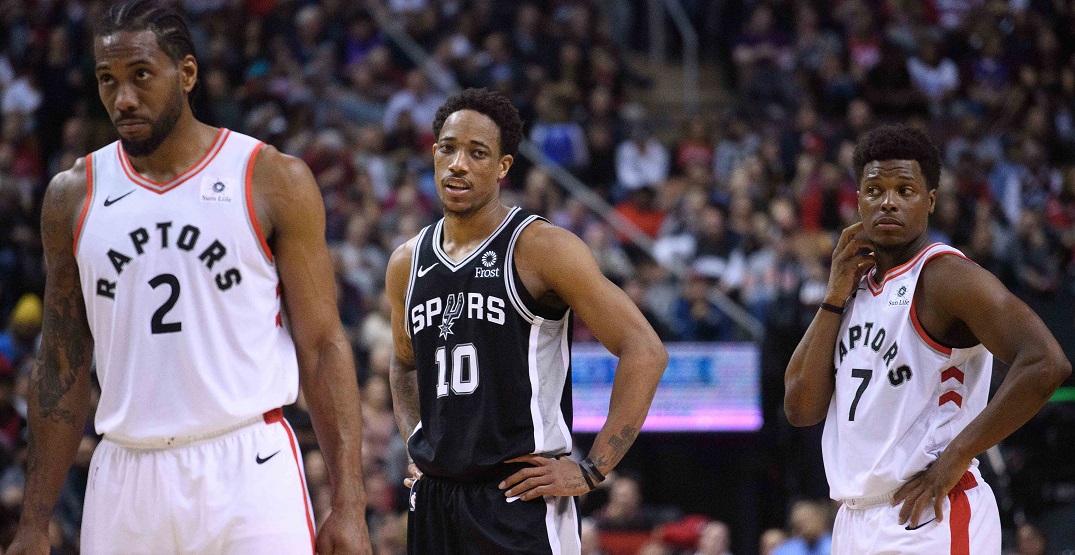 Former Toronto Raptors guard DeMar DeRozan opened up in a new interview about the trade that sent him away from his first NBA franchise.

During an interview on Bleacher Report-owned show, Chips, hosted by Golden State Warriors forward Draymond Green, DeRozan spoke about the 2018 trade that saw him moved to San Antonio, with Jakob Poetl and a package of draft picks, in exchange for Kawhi Leonard and Danny Green.

“It was one of the toughest times ever,” DeRozan said to Green. “I didn’t really have no guidance with this shit…  I wasn’t going to talk to nobody about it. I mean, I just wanted to take it all in and figure it out.”

DeRozan said just two days prior to the news of the trade breaking, he’d had a conversation with Raptors management, assuring them that he wouldn’t be traded.

And even though DeRozan ultimately was cheering for his former franchise winning their first NBA title the season after he was sent to the Spurs, he still said the move affected him quite personally.

“When it happened, it hit me hard,” DeRozan said. “You know, I mean like a lot of people always say like I was bitter, I was this… nah… like it fucked me up because people don’t know how much I put into it, the conversations I had with players, coaches, the long nights, long days playing through all types of shit.”

This summer, DeRozan was acquired by the Chicago Bulls on a three-year deal as part of a sign-and-trade.

DeRozan said he was well aware of all the “what-if” scenarios had the trade never occurred, saying that they were “frustrating” because he kept getting “pulled into” conversations about the Raptors while playing for an entirely different team.

“The only way I don’t accomplish what I’m trying to accomplish [with the Raptors] if it’s it’s on a stretcher,” DeRozan told Green. “That was my mentality. To this day, I’m happy for the city and happy for those guys that won it and everything but, of course, that was my goal to be the one to make that happen.”

In the rest of the appearance, DeRozan also opened up about potentially joining one of the Los Angeles teams this summer, growing up in Compton, and the state of mental health discussions in the modern NBA.

You can watch the full interview here: