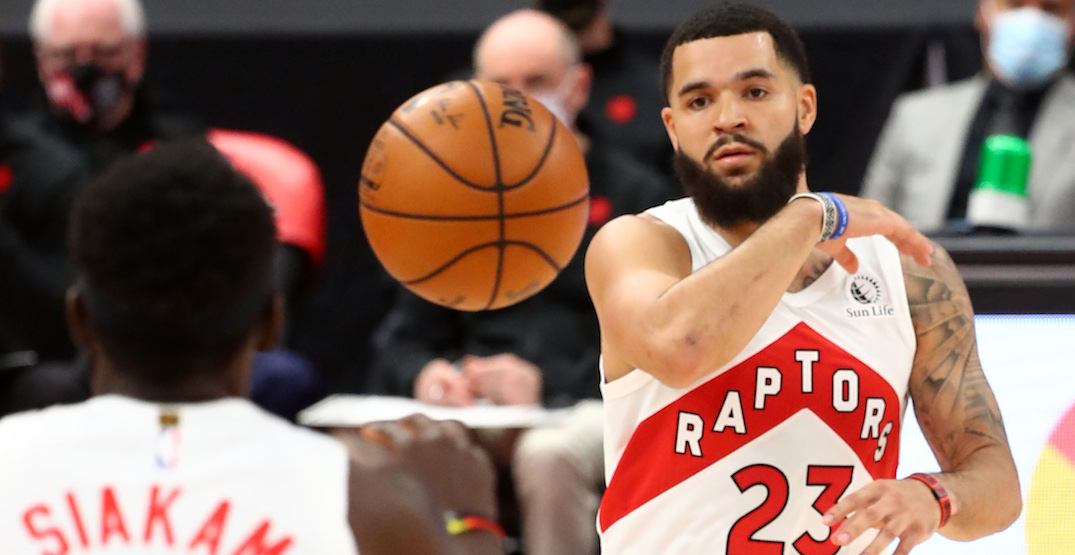 The Toronto Raptors appear to have finalized their opening night roster.

On Sunday, the Raptors announced they’ve waived Ishmail Wainright, the final piece in getting their roster to 17 players.

Due to the size of his guaranteed contract, Wainwright is ineligible to report to Toronto’s G League affiliate Raptors 905, but could join another G League or NBA roster.

The team had previously waived Alex Antetokounmpo, Josh Hall, Ashton Hagans, and Breein Tyree, all of whom are expected to report to Raptors 905 camp.

There’s been a heck of a lot of turnover since the Raptors’ last home game in February 2020, as actually only four current Raptors have played in Toronto for the organization before.

The team kicks off their season Wednesday night at Scotiabank Arena with a home date against the Washington Wizards. Here are the 17 Raptors players set to begin the season on Toronto’s roster:

Pascal Siakam is beginning the season injured, as is Chris Boucher.

But if there’s any upside to having two of their top five scorers from last season out, it’s that it’ll give Nick Nurse plenty of time to experiment.

The Raptors should have some interesting rotations for this year’s season. They don’t have a single player listed above 6’9 on their roster, allowing them to really embrace the chaos of “positionless basketball”.