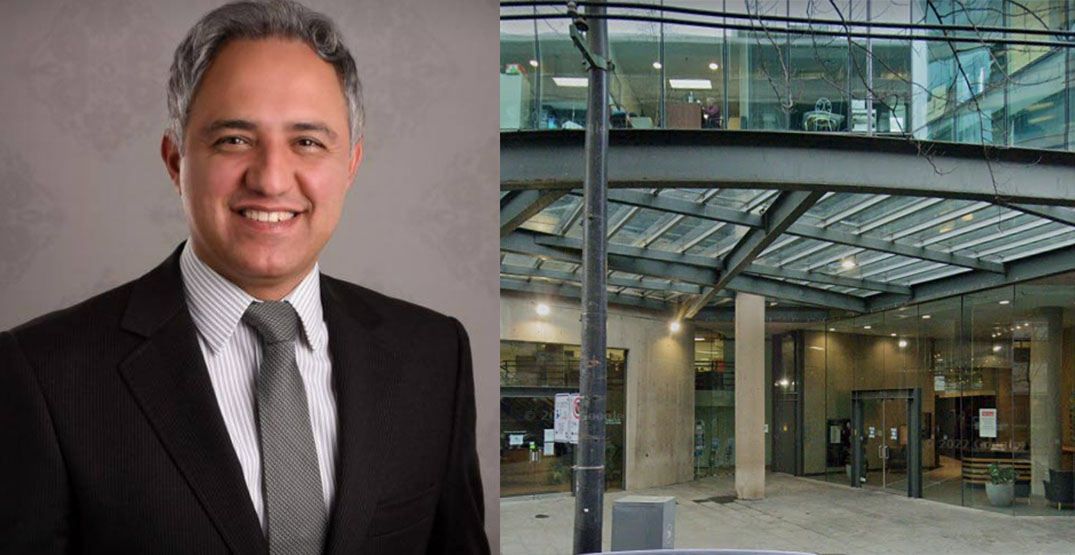 Ali Aghasardar (left) who worked at Dermabella Clinic (right) has been charged with sexual assault and voyeurism. (Submitted and Google Street View)

Trigger warning: This story contains descriptions of sexual assault that some readers may find traumatic.

Two clients of a Vancouver laser hair technician who’s been charged with sexual assault and voyeurism are suing him civilly for the damage his alleged actions caused.

Ali Aghasardar, 50, of Dermabella Clinic, allegedly took semi-nude photos of women without their knowledge while they lay in treatment rooms, and allegedly sexually assaulted at least one customer during her appointment.

Police announced he’d been charged with the crimes in January, but officers continue to investigate the case and no court date has been set yet. In the meantime, his alleged victims are turning to civil court for justice.

One former client of Aghasardar’s, whose identity Daily Hive has agreed to keep anonymous, is filing a class action lawsuit against the man and the clinics he worked at. 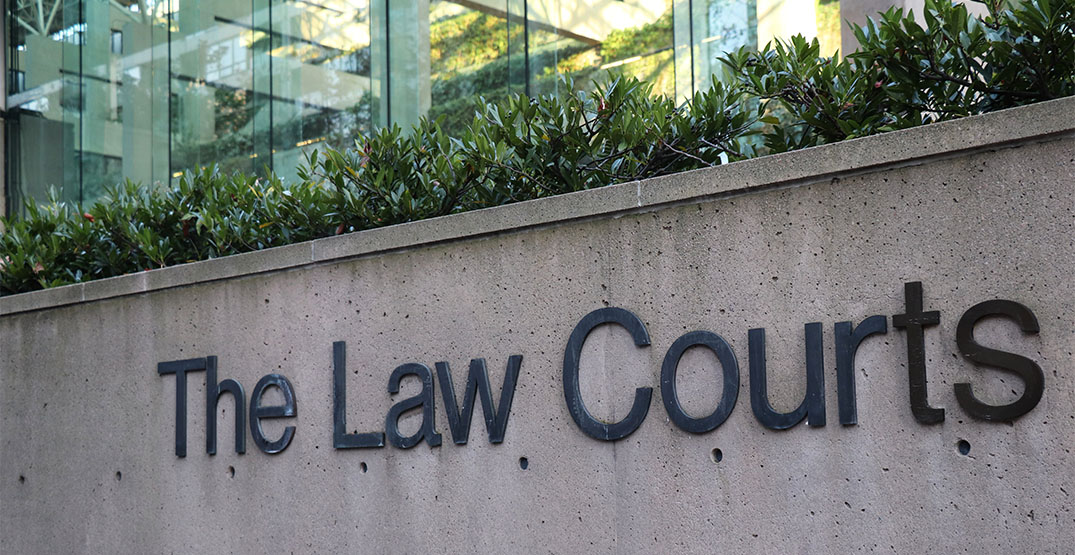 The court documents say Aghasardar breached his fiduciary duty to clients, and argue that Dermabella and Seven Sky Wellness were negligent by allowing him to continue working after the Vancouver Police investigation was launched in 2019.

“This is a horrific case in our opinion,” the customer’s lawyer, Naz Kohan, told Daily Hive. “The defendant used his position as a laser technician to take surreptitious photos of his clients’ genital regions.”

Her client learned about the charges through social media.

She contacted police, but they couldn’t confirm whether he took photos of her because she didn’t have any distinguishing marks such as a tattoo.

Police wouldn’t let her view the photos they’d seized to identify her own, she told Daily Hive.

“Not knowing is something that will just linger for a long time,” she said. “I’ll always kind of wonder.”

Aghasardar allegedly put tissue paper over her eyes followed by tanning-style goggles, so she couldn’t tell whether he was taking photos. The experience is similar to several other victims Daily Hive has spoken with, who say he essentially blindfolded them during treatments.

BC’s safety guidelines say eye protection is essential during laser hair removal, although the guide includes pictures of safety goggles and sunglasses that fit snugly over the nose and prevent eye access from the sides.

“A client’s eyes need to be protected from inadvertent exposure during treatment, by using a
suitable method such as protective eye glasses, pads, or corneal shields,” the government document reads.

The class action lawsuit is the second filed against Aghasardar this year. The first was launched in January by the initial complainant who went to police about her alleged sexual assault.

Daily Hive has also agreed to keep this woman’s identity confidential, and has previously used the pseudonym Laura. She detailed her experience in exclusive Daily Hive interview, alleging Aghasardar penetrated her with his fingers and touched her breasts during her October 2019 appointment.

“It’s haunting me,” she said of the assault. “I was completely blindfolded with the laser machine pointing at me, so I couldn’t move around. I didn’t know what to do, and I was afraid of getting burned.”

The woman was a university student in her early twenties at the time, and says on top of the hardship the assault caused she had to watch as he continued working for two-and-a-half years after she reported the assault..

She went to police in 2019, and Aghasardar was still working as of at least June 2021, when the class action complainant saw him.

Laura also reported Aghasardar to the The College of Traditional Chinese Medicine Practitioners and Acupuncturists of BC, and on October 8 the regulating body announced it suspended Aghasardar’s registration.

Kohan explained that civil court proceedings allow victims to be compensated, whereas a criminal trial could land him in prison. In civil court, the standard of proof is a balance of probabilities rather than beyond a reasonable doubt in criminal court.

Vancouver police haven’t given any new updates since initially announcing the charges against Aghasardar on January 14.

“This is a sensitive ongoing investigation that is also now before the courts,” Sgt. Steve Addison told Daily Hive. “[Daily Hive’s] questions may form part of the evidence presented in court. We must respect the court process and not discuss publicly.”

Daily Hive has spoken with seven women who say they were either assaulted or essentially blindfolded during their appointments and have contacted police about identifying their photos. VPD won’t say how many additional potential victims have come forward, or how many they’ve been able to link to images.

Police wouldn’t say whether Aghasardar is in custody. The court has banned him from performing any cosmetic procedure alone with a client. If he continues working he must be supervised.

Anyone who believes they may have been photographed by Aghasardar can contact the VPD’s Sex Crime Unit at 604-717-0601.

Victims can also join the class action lawsuit by contacting Naz Kohan at 604-984-7555 or [email protected]. They do not need confirmation from police that photos exist.

Dermabella did not respond to Daily Hive’s request for comment.