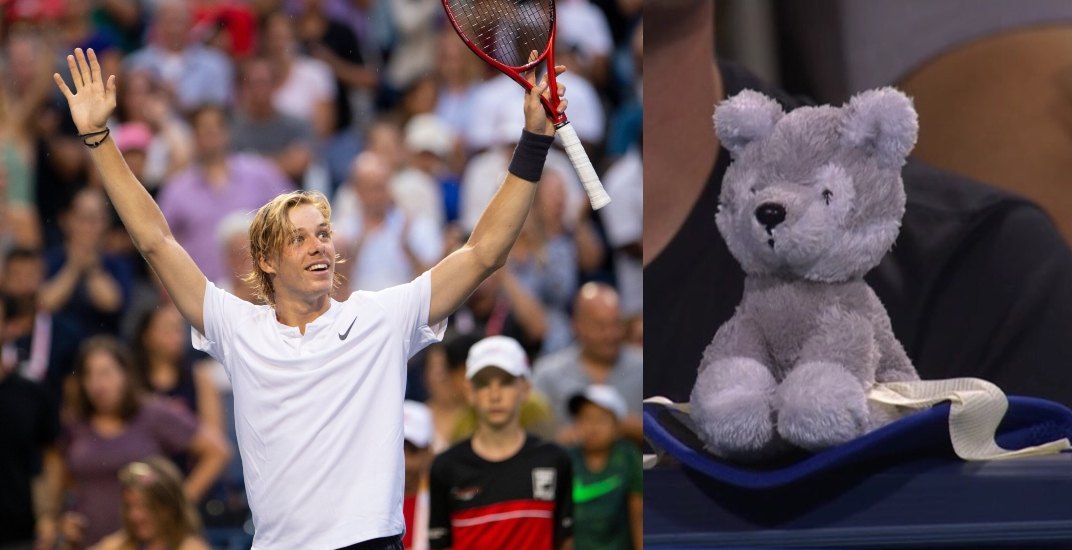 Athletes are among the most superstitious people you can meet.

Some have the same pre-game meals before every match, hockey players grow beards for important games, while others develop a bizarre attachment to old pieces of clothing or equipment believed to bring luck.

Canadian tennis star Denis Shapovalov has a superstition certainly ranks among the quirkier ones – involving a stuffed wolf that is displayed atop his coaching box in every one of the 19-year-old’s matches.

You may have seen this stuffed animal in Shapovalov's box. He is a wolf & his name is Storm.
DS: "We consider ourselves the Northern Wolves, the Great White Wolves. It's a mascot for our team, he's been with us since the start of the year"
Pic via Peter Staples/ATPWorldTour pic.twitter.com/Plmo4KFh6B

Shapovalov originally picked the wolf up earlier this year at an airport in Brisbane, Australia.

Named “Storm,” it appears to be doing the trick at the US Open, as the 28th ranked player advanced to the third round on the back of a gruelling five-set win that lasted nearly four hours.

“To be honest, I kind of tried to resemble myself to a wolf,” Shapovalov explained in the press conference following his thrilling victory. “I have a close group of friends with me. I can be pretty, you know, not playful, but I like to joke around off the court.”

“When it’s down to business, when I’m hunting, when I’m on the court, I’m pretty fierce, intense. I show my teeth. I’m very emotional, very similar to a wolf.”

He’s thought about this before.

Shapovalov’s mom Tessa adds another twist by kissing the wolf throughout different stages of the match.

Tessa isn’t your ordinary mom either; she’s been doubling as Denis’ coach after back injuries forced Shapovalov’s usual coach, Martin Larendeau, away from training duties. Tessa was an elite tennis player in the Soviet Union and currently makes a living running a tennis club called TessaTennis.

Most importantly, she knows her son better than any other coach could.

“That’s what I feel like makes her such a great coach and makes her work well with me. It’s because she knows my game inside out and she knows how to make me get back to feeling good and improving my strokes.”

The Canadian teenaged phenom will be hoping that both Storm the wolf and his mom come through for him on Friday when he takes on the number five ranked Kevin Anderson in the third round.