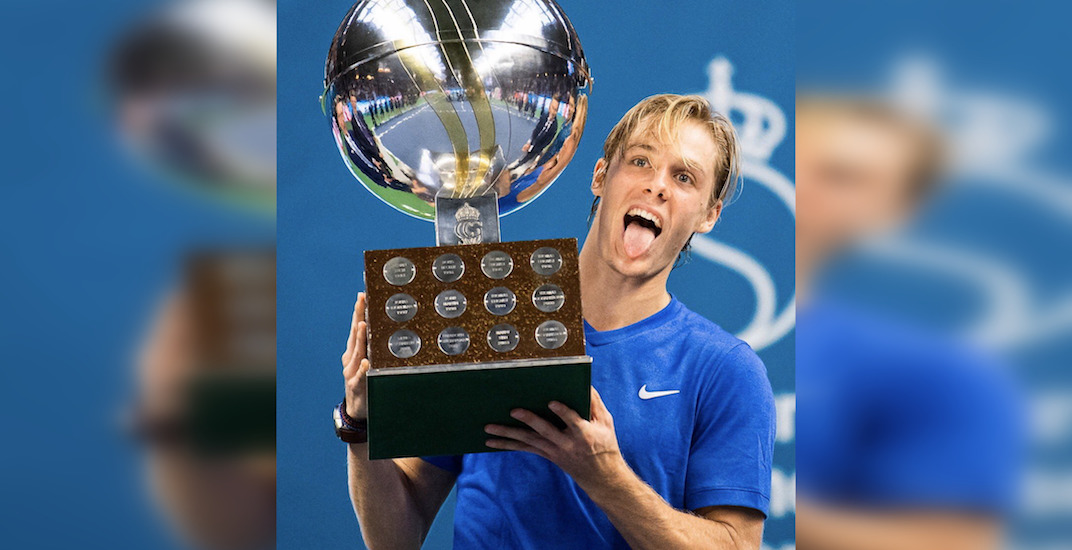 Denis Shapovalov has won the first ATP tournament of his young career.

The 20-year-old Canadian beat Serbia’s Filip Krajinovic to capture the Stockholm Open title in Sweden this weekend. Shapovalov’s tournament victory is the first on the ATP Tour by a Canadian since Milos Raonic in January 2016.

The moment @denis_shapo will never forget.

“It’s definitely a big step for me, as some of you know, I’ve struggled to get past the semi-finals,” said Shapovalov in the post-match on-court interview after winning in his first-ever finals appearance.

Shapovalov earned approximately $122,162 USD for the tournament victory, bringing his total up to $1.4 million in 2019. The win also moved Shapovalov up seven spots to No. 27 in the world, making him one of the biggest movers on tour this week. Shapovalov is now the second-highest ranked Canadian on the ATP Tour, behind Felix Auger-Aliassime (No. 18) and ahead of Raonic (No. 32).

After a breakout season in 2018, Shapovalov reached a career-high No. 20 ranking for the first time in April. His ranking took a dip after that after first-round losses at the French Open and Wimbledon, though he made it to the third round at the US Open.

It’s been a good week for Canadian tennis, as Vasek Pospisil won the Las Vegas Challenger title, while Bianca Andreescu moved up one spot on the world rankings to No. 4, a women’s singles national record.

Next on the horizon for Canadian tennis fans is the Davis Cup, which takes on a new format this year. The new centralized tournament, taking place November 18 to 24 in Madrid, will feature likely the best Canadian team ever assembled, with Shapovalov, Auger-Aliassime, Raonic, and Pospisil all participating.

The task won’t be easy for Canada, as they will compete against No. 6 USA and No. 10 Italy in Group F to begin the tournament. Canada is ranked 14th in the world.