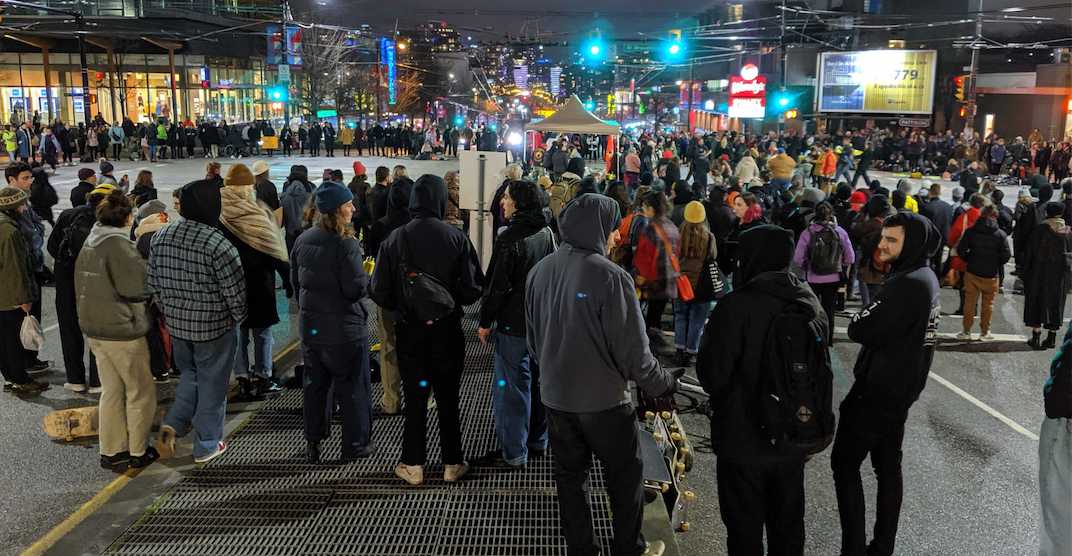 Demonstrators that shut down the intersection of Cambie and Broadway in Vancouver Tuesday afternoon, are continuing their occupation late into the evening.

The intersection has been blocked in all directions since around 2 pm this afternoon.

VPD has advised drivers to avoid the area, as vehicles and buses are not able to get through while Wet’suwet’en supporters line all four sides of the intersection. 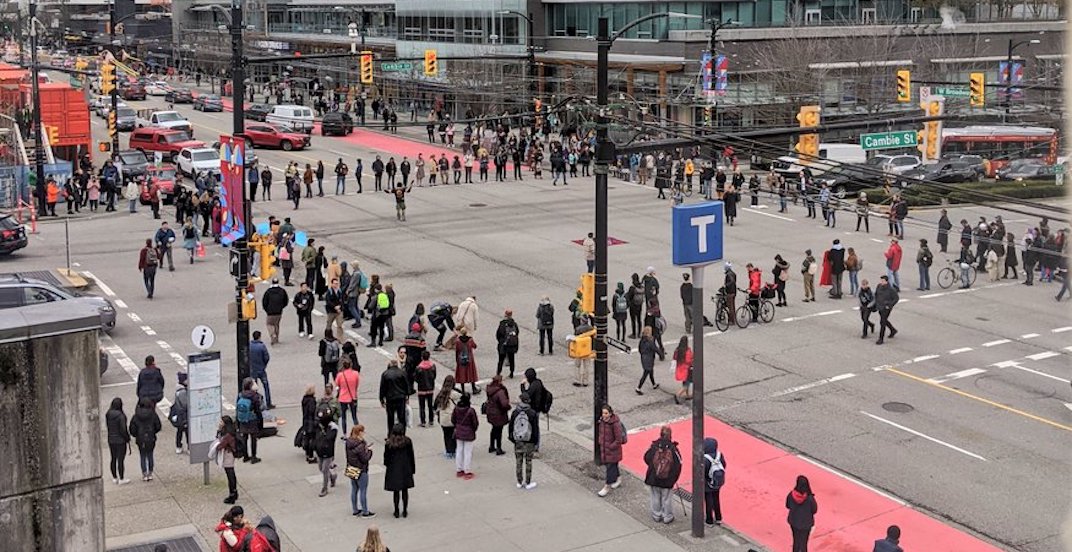 The occupation caused major delays for vehicles and transit, with bus detours in the area in the afternoon seeing delays of more than 70 minutes.

As the occupation progresses into the evening, the number of demonstrators has only increased. 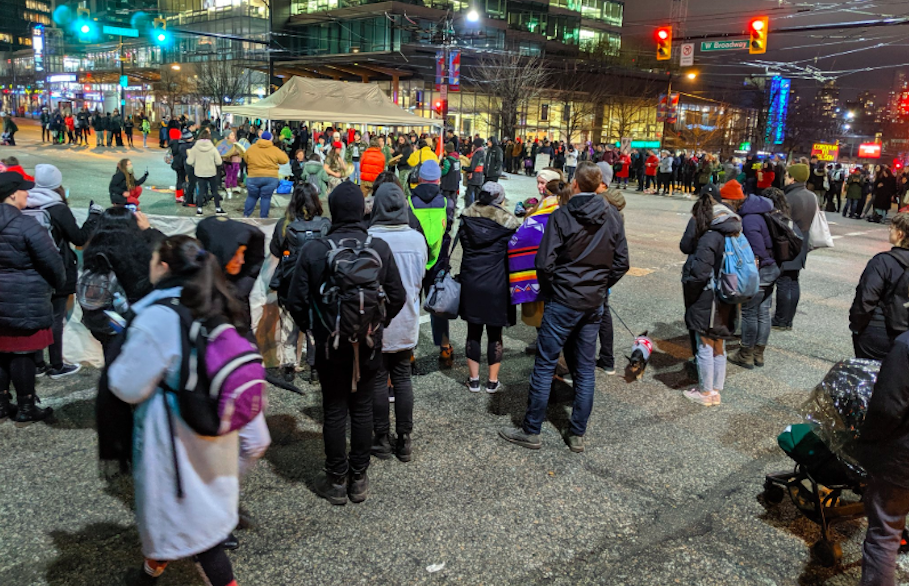 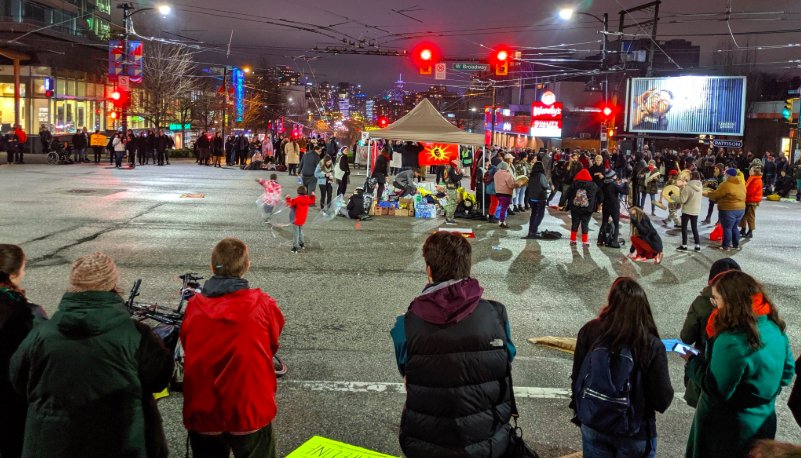 Ongoing re-occupation of the intersection of Cambie & Broadway in Vancouver in solidarity with the Wet’suwet’en.#WetsuwetenStrong pic.twitter.com/oPTuyayb1i

powerful action at broadway and cambie. one of the most moving moments was when we were all asked to take a minute of silence and hold hands. so many strangers holding hands. *sound on* #wetsuwetenstrong #standwithwetsuweten #shutdowncanada pic.twitter.com/dkZwtFxZF6

Latest from #TransLink on the 99 B-Line: delays of up to 120 minutes due to the blockade at Cambie & Broadway.

Premier John Horgan issued a statement on the demonstrations around BC and the country Tuesday afternoon after protestors also blocked all entrances to BC legislature.

Horgan said people “have the right to peaceful protest. We support people in the exercise of their democratic rights – within the law.”

As of 8:30 pm, tents have been set up in the intersection, a fire has been lit and supplies are on hand.

Broadway and Cambie in #Vancouver is held in solidarity with Wet’suwet’en, and looks like it will be for a while.#WesuwetenStrong #WetsuwetenSolidarity #NoConsentNoPipeline #cdnpoli #bcpoli #yvr pic.twitter.com/D0vtb8vnj5