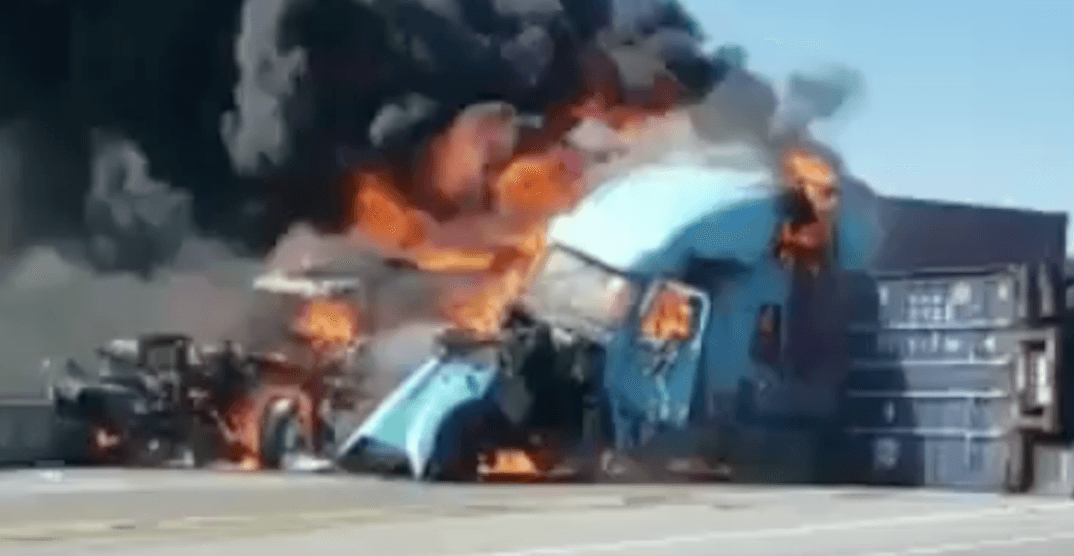 A fiery crash involving a semi-truck on Thursday morning claimed the life of one person and closed access to the Deltaport terminal, according to officials.

Just before 10 am, Delta Police Traffic Unit tweeted that access to the terminal had been closed due to a collision.

Access to Delta Port is currently shut down due to a collision. Please avoid the area. We will update when clear. @NEWS1130Traffic @AM730Traffic

Video captured from the scene appeared to show a semi on its side and engulfed in flames.

The BC Coroners Service confirmed with Daily Hive that it is investigating the death of a man at the site of the crash.

While they noted that they have no further details to share at this time, a BCCS spokesperson said they will be investigating who died, how, where, when, and by what means.

Daily Hive has reached out to Delta Police for further information on the incident, as well.