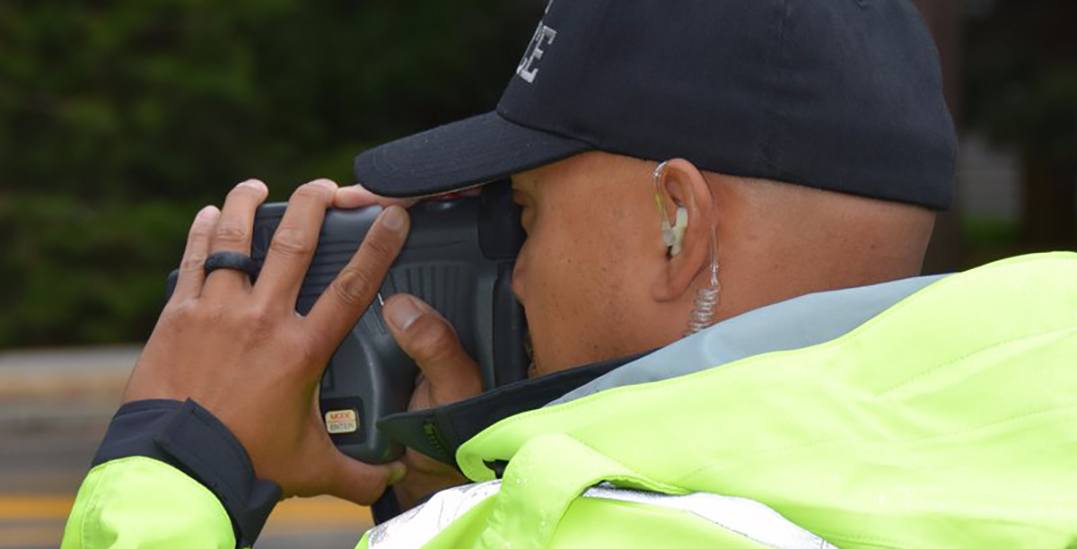 You can’t say they didn’t warn him.

A truck driver in Delta has had his vehicle impounded after being caught allegedly driving more than double the posted speed limit.

Police say, the driver was pulled over on Ladner Trunk Road and 104th Street earlier this morning, where members of the Delta Police Traffic Unit found him going at 133 km/h in a 60 km/h zone.

“The vehicle in question was a pickup truck with a vehicle engine and a boat engine in the back of the truck,” says Cris Leykauf, Spokesperson for the DPD. “They would have made very dangerous projectiles if the driver had crashed.”

Naturally, the driver won’t be using his vehicle for a while — seven days, to be exact. He’ll also be paying off a hefty fine of $483.

“Our officers felt the combination of speed, narrow road, and the items in the truck were very dangerous.”

The worst part of all? The Delta Police Traffic Unit announced that they’d be doing speed checks earlier this morning.

Their social media team announces on a daily basis when and where officers will set up for patrol.

Don’t forget that we will be on Ladner Trunk Road today. Keep your phones down, your hands on the steering wheel, and your eyes on the road. pic.twitter.com/zyhdtvJQg8

Maybe while this driver’s on public transit for the next week, he’ll have time to make a Twitter account.

The first driver we stopped today on Ladner Trunk and 104th obviously wasn’t following our Twitter account. Or he wouldn’t have been doing 133km/hr in a 50 km/hr zone. He won’t be using his vehicle for the next week, and he’ll have a hefty fine. #WeEvenWarnedYou pic.twitter.com/lPRF3wqmU7

Cris Leykauf has confirmed with Daily Hive that despite their Twitter account reporting at 50 km/h zone, it was in fact, a 60 km/h zone.