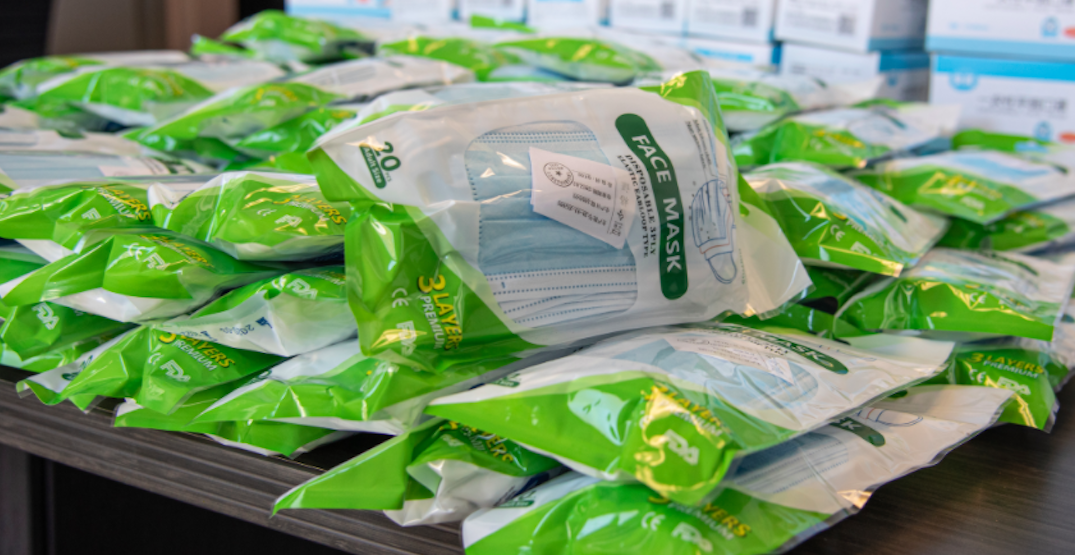 While the re-selling of essential medical supplies during the coronavirus pandemic has officially been banned by the BC government, it seems some people in the province are continuing their attempts to do just that, as evidenced by a tweet from the Delta Police Department.

Both of the sellers received $500 bylaw tickets for operating a business with no licence, police said.

This latest incident follows a similar occurrence last month, in which two individuals in Port Coquitlam were operating a stand at a public park to sell masks. Both individuals were fined $500.

In late March, BC’s Minister of Public Safety and Solicitor General Mike Farnworth issued a series of ministerial orders under the Emergency Program Act, to ensure a “coordinated response” to coronavirus across all levels of government for the duration of the provincial emergency.

Among these orders was a ban on the secondary resale of food, medical supplies, personal protective equipment, cleaning and other essential supplies, and restricting quantities of items purchased at point of sale.

“People engaged in that kind of activity can expect to be prosecuted to the fullest extent of the law,” said Farnworth. “The police will have the powers to be able to not only investigate but to press and lay charges.”