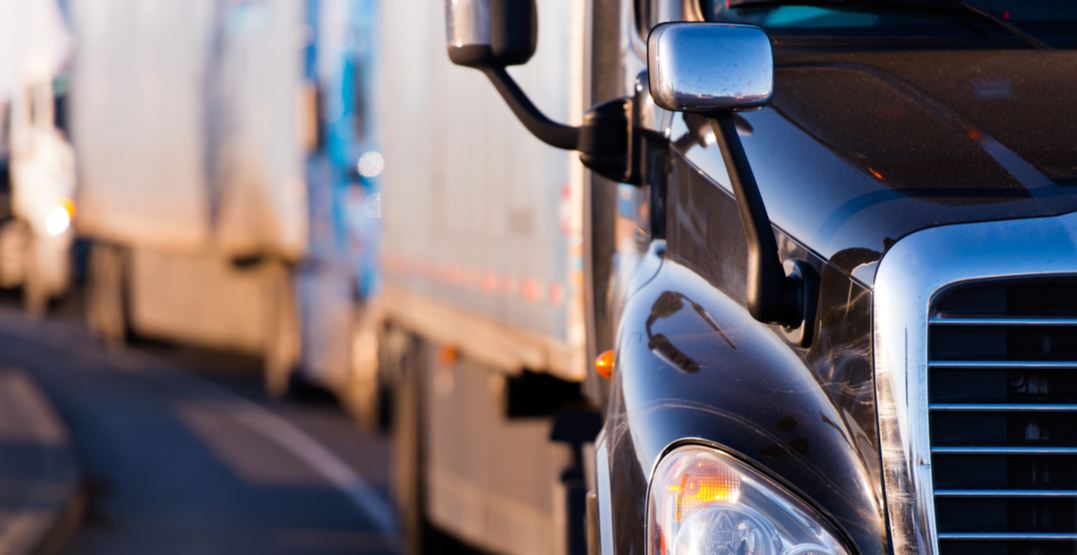 Calling it one of BC’s “largest commercial vehicle checks,” Delta Police announced that, with the assistance of 80 officers, the department targeted 357 vehicles for a full inspection, pulling nearly half of them off the road, all in a three-day period.

The blitz took place from September 25 to 27, over six locations in Delta, and the focus was all commercial vehicles – large to small – transporting commercial goods.

“The majority of the issues our officers spotted were tire, rim and wheel defects, braking system problems, and concerns with whether cargo was properly secured,” said Delta Police Const. Ken Usipiuk.

“This was a targeted campaign, focusing on vehicles that do not appear to be meeting safety regulations and standards,” said Steve Bauer, Deputy Regional Manager of Commercial Vehicle Safety Enforcement. “Our top concern was mechanical fitness of the vehicle.”

This approach, he said, allowed officers to concentrate on pulling unsafe vehicles off the road, while allowing those appearing to be in good condition to quickly proceed.

Drivers were issued 110 violation tickets during the three days, for a total of over $25,000 in fines, as well as approximately $12,000 in bylaw tickets.

“Officers saw a full range of issues, from minor things, like a missing fuel cap, to a major steering malfunction. The whole front axle was shifting,” said Const. Usipiuk.

During the enforcement efforts last week, many from the trucking industry weighed in on social media to reinforce their concerns for driver and public safety.

“Drivers and those in the industry are definitely appreciative of these efforts,” notes Bauer. “The overwhelming majority of vehicles are being operated in a safe and professional manner, and checks such as those we conducted last week are really about the safety of the vehicle, the driver and ultimately the public.”