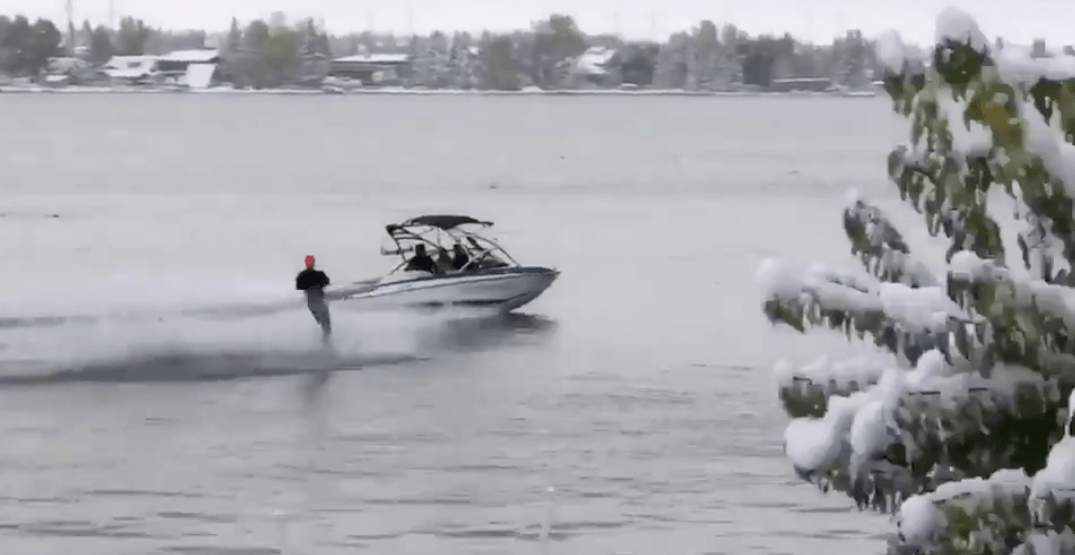 While winter may have hit Calgary (and the surrounding area) hard yesterday, some Albertans are simply refusing to accept that the summer season is already over.

Case and point: One apparently weather-proof person decided to use the snow day as an opportunity to go skiing. No, not in the mountains, but on the water.

The experience took place near the City of Chestermere, and the moment was captured by Tom Sampson, who tweeted a video of the action.

Meanwhile in #Chestermere they are #waterskiing. #YYC pic.twitter.com/NLOxUsdwmT

Yes, it seems that even with the early onslaught of snow, some people simply refuse to let summer go, and instead suit up and go waterskiing.

And for that, we salute them.