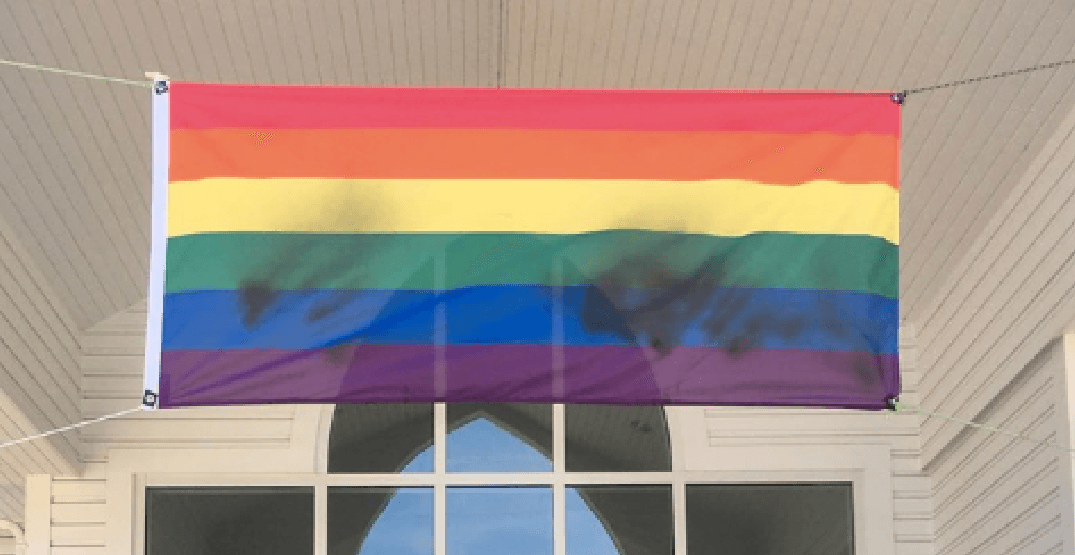 For the second time in just 12 days, a Pride flag at a Metro Vancouver church has been vandalized.

On Facebook, the Ladner United Church in Delta called the incident “not simple vandalism, but a clear message and intentional criminal act.”

The church said that despite the repeat act of vandalism – which comes just a week after the new flag was installed – “we will not be deterred in living out the love of Christ in word and deed in our community.”

The church said that it is “not afraid or ashamed,” and that it “encircles our #LGBTQ+ church members, family, friends, and neighbours with love and solidarity.”

The vandalism appears to be an exact replica of last week’s incident, when the flag hanging in front of the church was defaced with black spraypaint.

Following that incident, the church said that as a faith community which is committed to living out the love of Christ in real and practical ways in our community, we will not be discouraged or distracted from the message of inclusion, acceptance, and affirmation we make through flying this flag.”

The church noted that last week’s incident “was the first time we’ve had something like this happen and we had hoped it was a one-off and wouldn’t be repeated.”