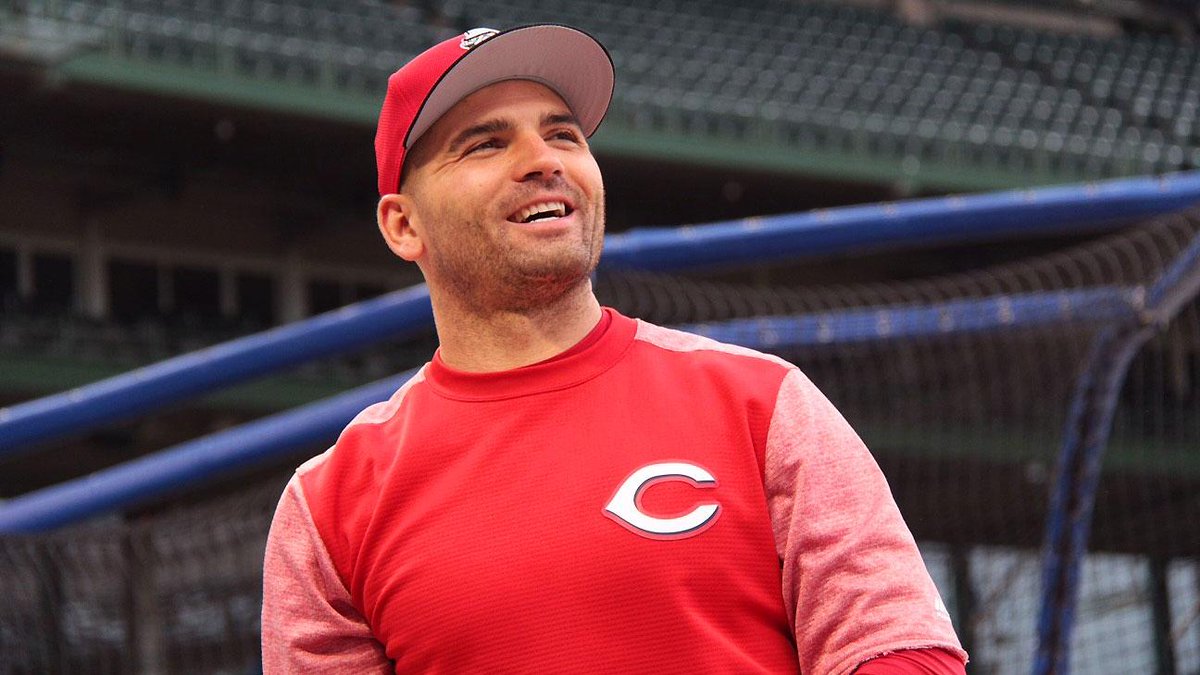 Joey Votto is one of baseball’s most fascinating and complicated players. Not only is a cerebral individual, he also just so happens to be one of MLB’s best hitters.

He very rarely gives canned answers to the media, showing a great deal of thoughtfulness and originality in the way he approaches his status as an unsuspecting superstar.

Most times, that leads to noteworthy moments and interviews of the positive kind. His outright frankness occasionally leads to Votto putting his foot in his mouth as he did after appearing on the Yahoo Sports MLB Podcast.

The Canadian’s open and honest discussion covered everything from his disappointment with the Reds organization to the status of baseball in Canada.

Votto didn’t mince words, saying “I couldn’t give a rat’s ass about that” when it came to Canadian baseball and his fellow countryman James Paxton of the Seattle Mariners.

It wasn’t long before those comments set the baseball world ablaze. Shortly thereafter, Votto issued an apology and walked back what he said on the Yahoo podcast in a statement on the Canadian Baseball Network. “I am saddened that I was so flagrant with my remarks and more importantly that I offended so many people that mean so much to me”, Votto said.

His remarks outraged many people, but here’s why Votto shouldn’t be raked over the coals.

If you listen to the entire interview, Votto also shares his feelings on the state of the Cincinnati Reds organization and his disappointment in the status of the franchise. “I’m disappointed. I’m invested”, the Reds slugger said.

This is a man who spent the last 17 years in the Reds organization. In 12 years playing professional baseball, Votto’s been to the playoffs three times and hasn’t seen the postseason since 2013. Dating back to 2014, the Reds have averaged 92 losses a season and were the worst team in the National League Central the last three consecutive years.

Losing on a consistent basis has to take its toll on a player the calibre of Votto, who at age 34, is still one of the preeminent players in the National League. He sounds like somebody frustrated and let down by his organization. He doesn’t sound like someone who has a beef with baseball in Canada, but that’s what it came across as.

When he signed his 10-year/$225 million contract extension in early 2012, the Reds were on the cusp of contention. Votto likely signed that deal under the pretense that Cincinnati would field a contending team for the foreseeable future. In 2018, year four of that 10-year deal, things look bleak for the basement-dwelling Reds.

He may not have realized it, but the people Votto hurt most by those comments are the ones who earn their livelihood growing the game of baseball in Canada. People like Greg Hamilton, Director and Head Coach of Baseball Canada. Someone like Alexis Brudnicki, Director of Baseball Information for the Great Lakes Canadians. Or Bob Elliott; Hall of Fame baseball writer and one of the foremost ambassadors for Canadian baseball.

By saying what he said, Votto in essence discredited the fine work that these people do – and the effort of countless others – to help grow the game of baseball within Canada. Fortunately, he realized the error of his ways and gave a genuine, heartfelt apology for slighting his country.

Votto is the best Canadian player in Major League Baseball right now. In a sport dominated by American-born players, he often becomes the ‘token Canuck’ for questions about Canada. To me, Votto sounded like someone who’s tired of fielding questions about anything pertaining to Canada or Canadian baseball players.

He wasn’t mad at his home country, he wasn’t mad at James Paxton and he wasn’t mad at Canadian Baseball. Votto was just upset about his current situation in Cincinnati. He was coming off a conversation where he voiced his displeasure with the Reds organization and that bad vibe carried over into his discussion about Canada.

When fans see Canadian baseball players make their way to the Major Leagues, they want to believe these players have a deep-rooted connection with their native country. Paxton showed off his Canadian ties last week by flashing his maple leaf tattoo after throwing a no-hitter. Maybe Votto doesn’t feel the same way … which is okay.

A Canadian baseball player doesn’t need to wake up every day, eat a big stack of pancakes with maple syrup, head to work in a Mountie uniform, and listen to Rush on their commute. For someone who spent the last half of his life living in the United States, perhaps Votto’s Canadian connection isn’t as ingrained as some would hope.

If you were a Canadian living in the United States for over a decade and were constantly asked to comment about every ongoing north of the border, wouldn’t you eventually get sick of it too? “I don’t give a rat’s ass” is code for “stop asking me this question”.

Whether or not he wants the title, Votto is an ambassador for baseball in Canada. He gives hope to Canadian kids playing little league that one day, they could become the next Votto or Paxton.

He had a lapse in judgement by saying what he did, but he’s entitled to feel that way. Those comments were ‘on brand’ for an outspoken character like Votto. If it were Russell Martin who said this, there would be a lot more backlash and it would be extremely out of character. But for someone like Votto, it’s par for the course.

That’s just how Votto is; outspoken and unfiltered. Sometimes, his brutal honesty is a gift. In this case, it was a curse.