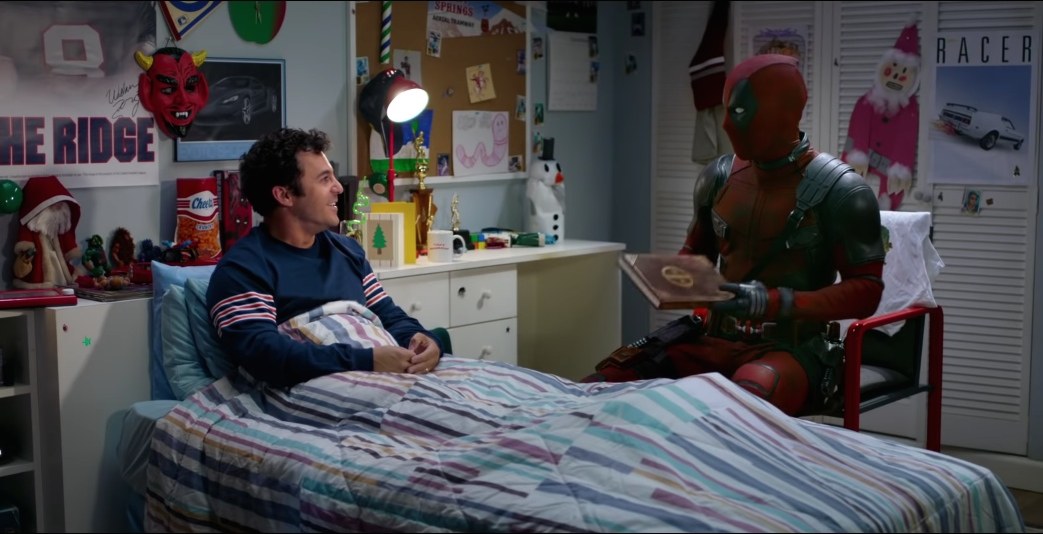 Ryan Reynold’s superhero alter-ego defended the often-mocked Canadian band in a new trailer for Once Upon A Deadpool.

The trailer, titled “Respect the Back,” parodies the 1987 film The Princess Bride with 42-year-old actor Fred Savage reprising his role as The Grandson listening to a bedtime fairy tale.

After Fred takes a savage swipe at both Nickelback and Marvel Movies, Deadpool comes to the defence of the rock group, “I’ve had it with all this Nickelback hating, alright? You think that makes you cool with cool kids in school, Fred?”

Savage continues to bash Nickelback’s music and calls it “overproduced, formulaic, ear-garbage” before Deadpool goes off on a pro-Nickelback rant, praising them for their musical accolades.

The duo make amends by holding hands and launching into a rendition of Nickelback’s 2001 song “How You Remind Me.”

The video is definitely chuckle-worthy and shows off some Canadian pride, regardless of your thoughts on Nickelback.

Nickelback responded to the trailer with a timely riff of their own song:

It’s not like @VancityReynolds to say sorry, we’ve been waiting on a different @deadpoolmovie story……. #MaximumEffort pic.twitter.com/Cb86Mewo22

Once Upon A Deadpool, the PG-13 rated version of the 2018 Deadpool 2 box office hit is currently playing in select theatres.