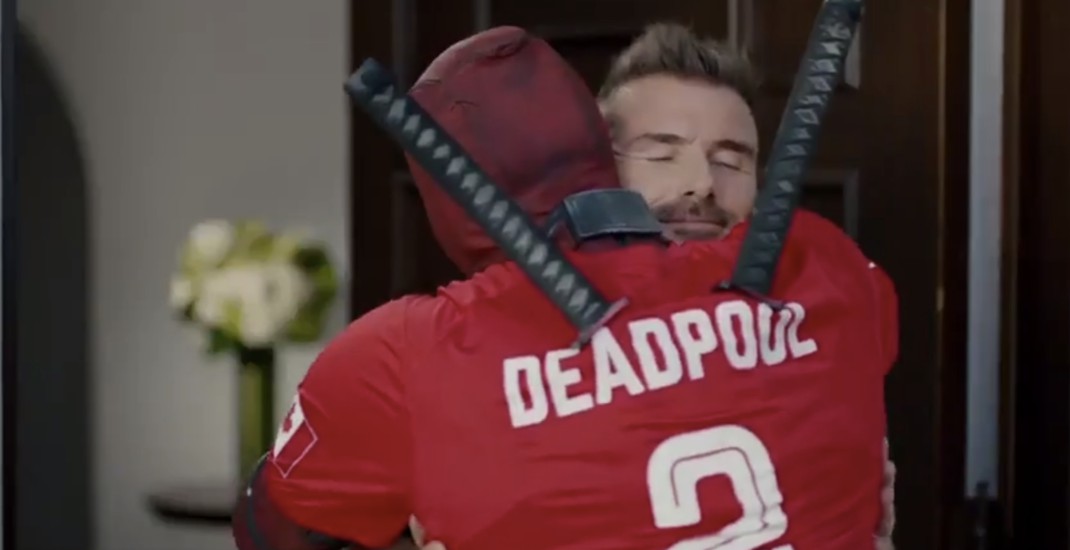 Last week Deadpool, aka Ryan Reynolds, gave us comedic gold with his cameo in Celine Dion’s new music video. Now, our favourite anti-hero is back at it again, this time offering a true ‘Canadian apology’ to David Beckham for one joke in particular.

Ryan Reynolds posted the clip on his Twitter account. “Little known fact: Canadians are born with a black belt in apology,” he wrote.

In the video, Beckham is on the couch watching a clip from the first Deadpool film

“Looks are everything. You ever heard David Beckham speak? It’s like he mouth-sexed a can of helium,” says Deadpool’s alter ego, Wade Wilson.

But then Wilson shows up at the door and offers a true Canadian apology. Turns out, Beckham was holding a grudge about a few things. Watch the hilarious clip below.

Deadpool 2, is slated to hit theatres on May 18.