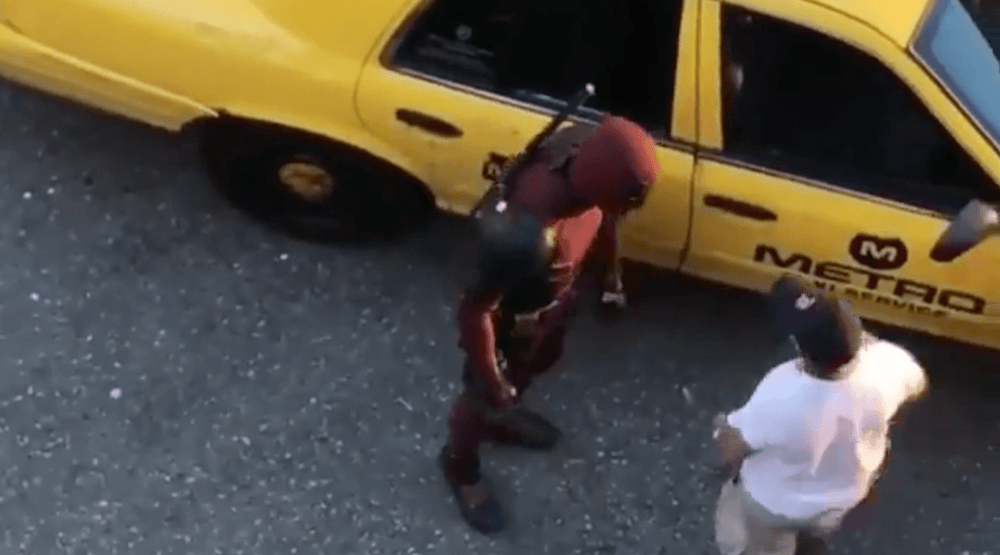 A video showing the filming of Deadpool 2 is making its way around Instagram today as production for the highly anticipated Marvel movie continues in Vancouver.

Ryan Reynolds – or someone else in that classic red suit – was spotted filming a scene involving a Vancouver street and a yellow taxi cab.

It looks to be the same company, Metro Taxi Service, that Deadpool used in the previous film. However, with no damage to the back end it’s hard to say if it’s the car of his usual cab driver, Dopinder.

The sequel to 2016’s R-rated, box office record-breaking movie began filming in Vancouver yesterday, after shooting some scenes in Victoria – the home of Hatley Castle, also known as the X-mansion in Deadpool‘s universe.

Keep an eye open if you’re in downtown, because you just may spot Vancouver’s favourite morally ambiguous super-hero (sorry, Wolverine!).

The sun sets on day 1. Feels good to be back. This dog can hunt.