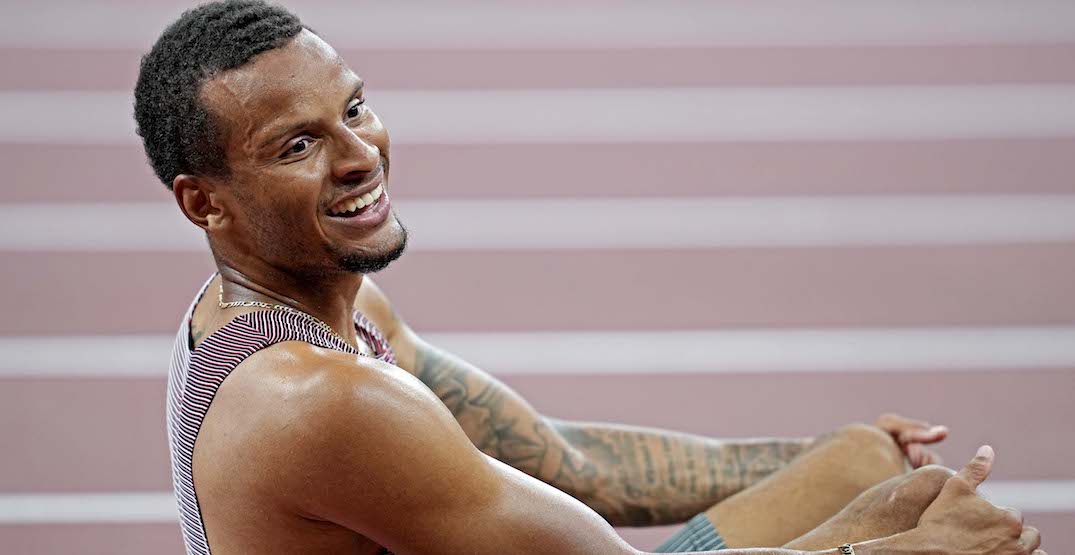 Needless to say, it was hard to get to sleep.

Just 14 hours after winning the 200-metre final, De Grasse was back on the track with the Canadian 4×100-metre relay team, which was looking to qualify for Friday’s final.

Andre hadn’t even picked up his gold medal yet.

“I couldn’t sleep,” De Grasse said in a television interview with CBC. “Last night, I was just so excited and so pumped up. I got like two hours of sleep. But I was like, ‘I gotta try to refocus and get ready for the relay. It was just so hard. I was just so ecstatic.”

De Grasse didn’t look sleepy in the relay, as he brought Canada from fifth-place to being neck-and-neck with China for first in the heat. It qualified the team of De Grasse, Aaron Brown, Jerome Blake, and Brendon Rodney for the final (Friday at 9:50 am ET/6:50 am PT on CBC), giving them a chance at a medal.

De Grasse eventually picked up his gold medal, standing at the top of the podium alongside American sprinters Kenneth Bednarek (silver) and Noah Lyles (bronze).

“It feels great,” De Grasse said to CBC afterwards. “It’s heavy. My neck’s hurting a bit! But it’s all worth it. This is an amazing feeling. It feels surreal, and I can’t believe I’ve got my first Olympic gold medal.”