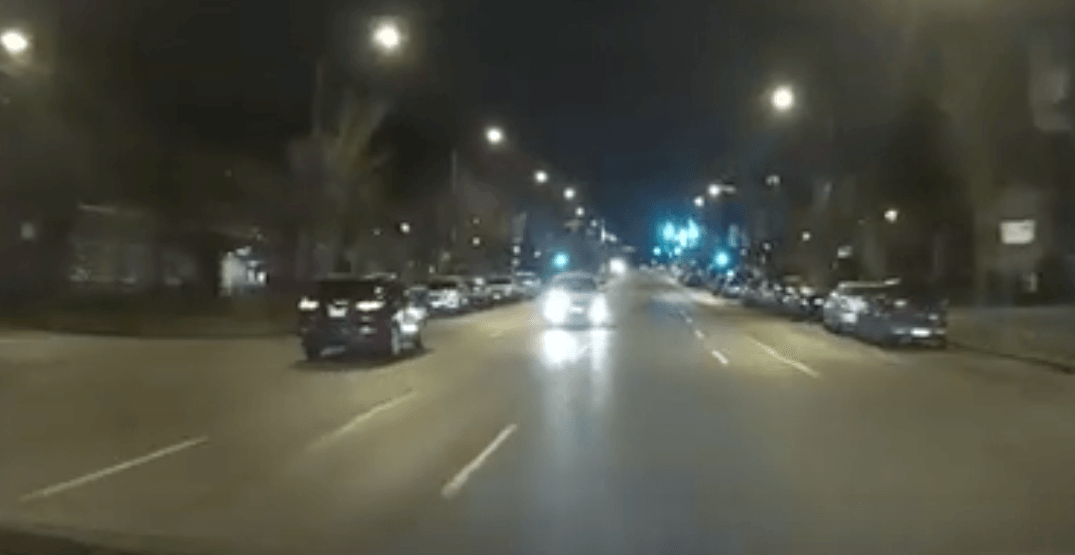 Some drivers are willing to risk their safety and the safety of others just to get somewhere a little quicker.

That was the case in Vancouver over the weekend, when dashcam footage captured video of a car rushing down Cambie Street in the wrong lane.

According to the video’s poster, 2PinkLimez, the driver was “driving insane” at approximately 1:30 am near Cambie Street and 20th Avenue on January 5.

“I was in a hurry, but this guy was in a flurry of speed,” wrote 2PinkLimez on YouTube.

“They overtook me as I was overtaking another car, except he went into opposite traffic. Guess he didn’t notice the car in that lane.”

Once the driver realized he could potentially cause a head-on crash, he swerves back into the right lane.

This was definitely a close-call that could have ended very badly.

According to BC RCMP, the New Year has been off to a deadly start, as four people died in four different accidents on BC roads last week.