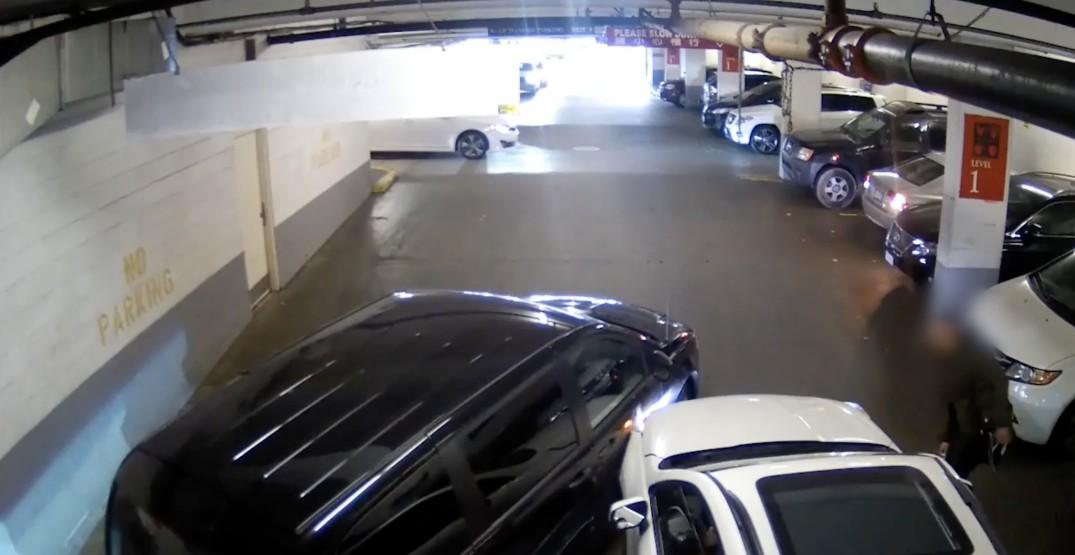 Some people apparently go to great lengths to fake an injury and file a fraudulent insurance claim.

A recent video released by ICBC captures one such phoney incident, which happened last year in a Lower Mainland parking lot.

The video shows a black vehicle slowly rolling backwards and crashing into a white SUV.

Then on the right corner of the screen, you can see a man who walks up to the white vehicle and proceeds to fall down — after the crash is over.

That same “victim” got in touch with ICBC and filed a claim saying that he was trapped underneath a vehicle, says spokesperson Joanna Linsangan.

“He told us he was involved in a crash and he was pinned down for 10 to 20 seconds and suffered a fractured foot,” Linsangan told Daily Hive.

The man also provided ICBC with a witness but Linsangan said they “weren’t reliable” and were unable to tell ICBC representatives anything about what happened during the accident.

ICBC received further information from the driver of the white car and reviewed security video footage, and concluded that the man was faking his injury to submit a false claim.

Linsangan says ICBC hopes the video will urge people to speak out about fraudulent claims.

“We really need public support in helping us finding fraudulent claims,” she said.

ICBC is also requesting that anyone who wants to report fraud, call the witness tip-line or fill out an online form.

“When someone cheats the system, they are cheating us all,” said Linsangan.

She says ICBC is already taking action by cracking down on fraud and saving drivers $43-million this year.