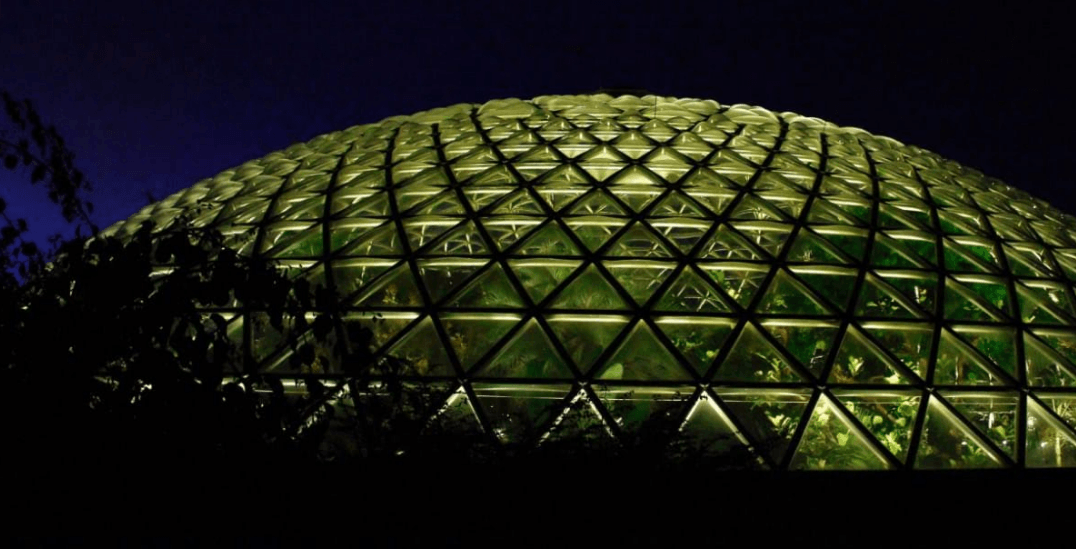 Bloedel Conservatory in Queen Elizabeth Park lit up for Darkness Into Light.

Written for Daily Hive by Meadhbh Monahan, a freelance journalist living in Vancouver.

The light show has been requested by Darkness into Light Vancouver; organizers of a pre-dawn symbolic charity walk taking place on Saturday with participants walking from the darkness into the morning light in the name of suicide prevention and mental health awareness.

BC Place and Vancouver City Hall will glow yellow Monday evening. Science World will light up yellow on Thursday, and Canada Place will shine bright on Saturday.

Bloedel Conservatory in Queen Elizabeth Park lit up last week for the worthy cause. 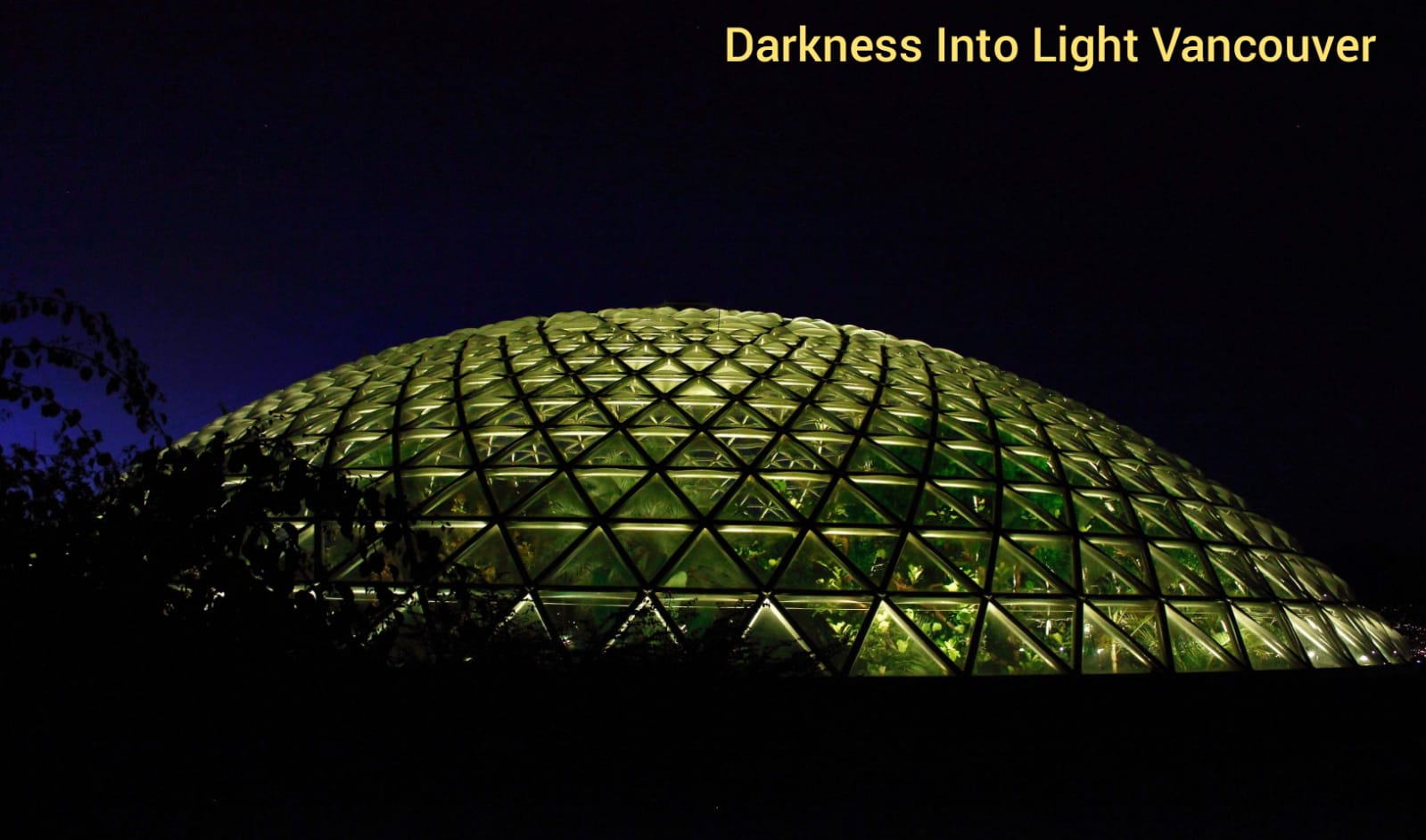 Bloedel Conservatory in Queen Elizabeth Park lit up for Darkness Into Light.

Darkness Into Light originated in Ireland 10 years ago as a fundraising initiative for a charity called Pieta House, which provides life-saving support to people in suicidal distress — as well as suicide bereavement counselling. The walk has become so popular that over 200,000 people walked from darkness into light in 28 countries across the world last year.

Darkness Into Light Vancouver started five years ago and organizers always make sure to send half the money raised to a local charity. Over 400 people took part last year, raising $23,000. This year they’ve partnered with The Kettle Society, which works with people living with mental illness, poverty, homelessness, and substance use.

“Ten people a day died by suicide in Canada in 2017 – nobody is immune to suicide,” Amy said.

She hopes that Saturday’s Darkness Into Light walk will comfort anyone bereaved by suicide, support people contemplating suicide and raise awareness of the importance of good mental health and well-being.

Amy encouraged locals to show up on Saturday, saying: “You can play a part in removing the stigma around suicide and self-harm and spread the power of hope throughout the world.”