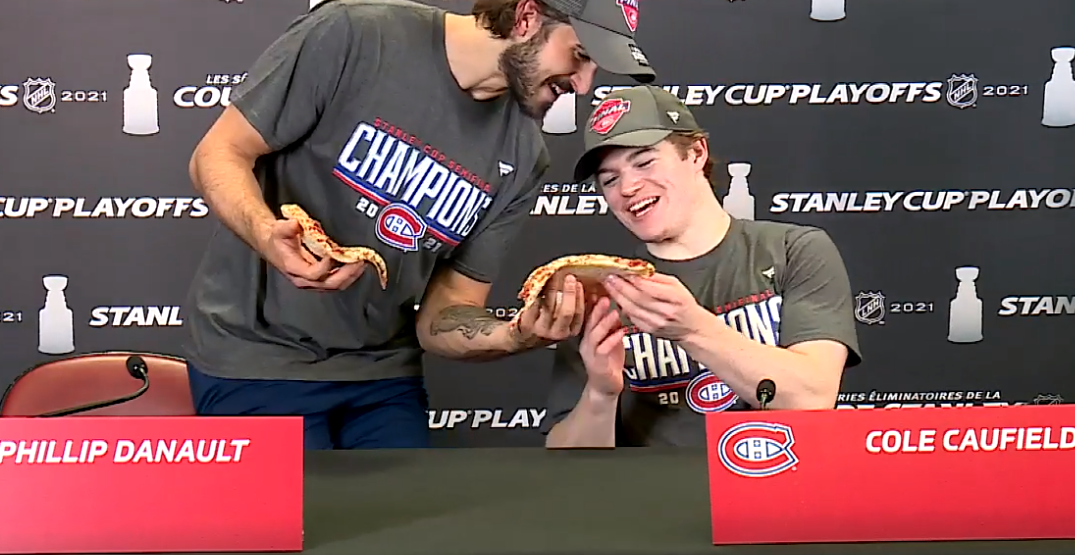 Professional athletes, they’re just like you and me. Well, in some ways, at least. They seem to love their pizza.

Of course, this was the kind of pizza that was 28 years in the making: the pair of friends were celebrating Montreal’s first appearance in the Stanley Cup Final since winning it all in 1993.

“There you go, my friend,” the delivery man Danault said as he passed the slice onto Caufield. “Take a bite.”

It was the third consecutive series win that Danault celebrated with pizza.

Danault ended up stashing his pizza off to the side after about 30 seconds, but Caufield held onto it and kept eating his slices for another minute or so before discarding his.

Caufield scored his fourth goal of the playoffs last night, while Danault earned major props for shutting down Vegas’ top line all series long. Montreal ended up advancing after Arturri Lehkonen scored the overtime winner less than two minutes into the extra frame.

It’s nice to see the veteran Danault embracing the younger Canadiens. In many ways, it feels like Caufield just met his teammates last week, but it seems like they’re already best friends.

If Danualt, Caufield, and the Habs win just four more games, they’ll probably have free pizza in Montreal for life. Maybe one day we’ll all go for a nice slice at Cole and Phil’s Diner.