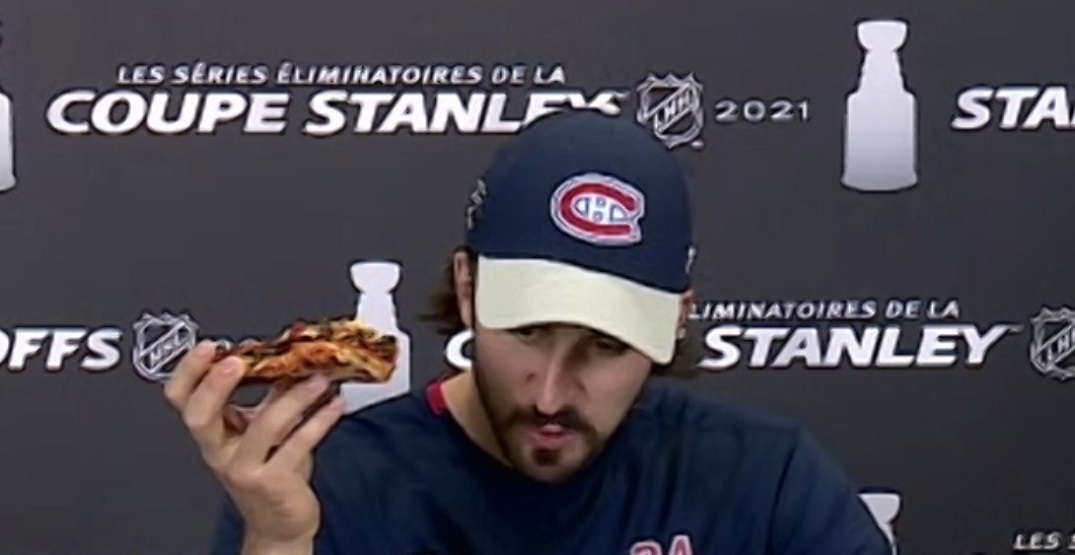 Phillip Danault is a simple man: he plays solid defence, makes a modest NHL paycheque relative to his peers, and enjoys a pizza whenever he gets a playoff series win.

After Montreal swept Winnipeg in the second round of the NHL playoffs, Danault pulled out a few slices to celebrate during his post game press conference.

Phillip Danault with the victory pizza once again. pic.twitter.com/xvXUhQNpDV

The official team account even got in on the fun.

It was a near-identical scene to a week prior, where Danault enjoyed the team’s win over the Toronto Maple Leafs with, well, a commemorative pizza.

If you told Danault two weeks ago that the Montreal Canadiens were set to go on a seven-game playoff run, he probably wouldn’t have believed you. After falling 3-1 to Toronto, the team looked down and out but have done nothing but win since and are now reeling off seven wins in a row.

“We worked extremely hard,” Danault said. “Everybody is playing their best hockey at the same time. It’s great to see. We’re happy, but we aren’t satisfied. We want to keep winning. We’re having the time of our lives right now.”

the fact a pizza company hasn’t sponsored Danault yet is insane pic.twitter.com/nNCPcSZXdo

I know I said I was hopping on the Colorado bandwagon but uhhhhh I might jump over to the Philip Danault bandwagon https://t.co/jfXUa7IHR3