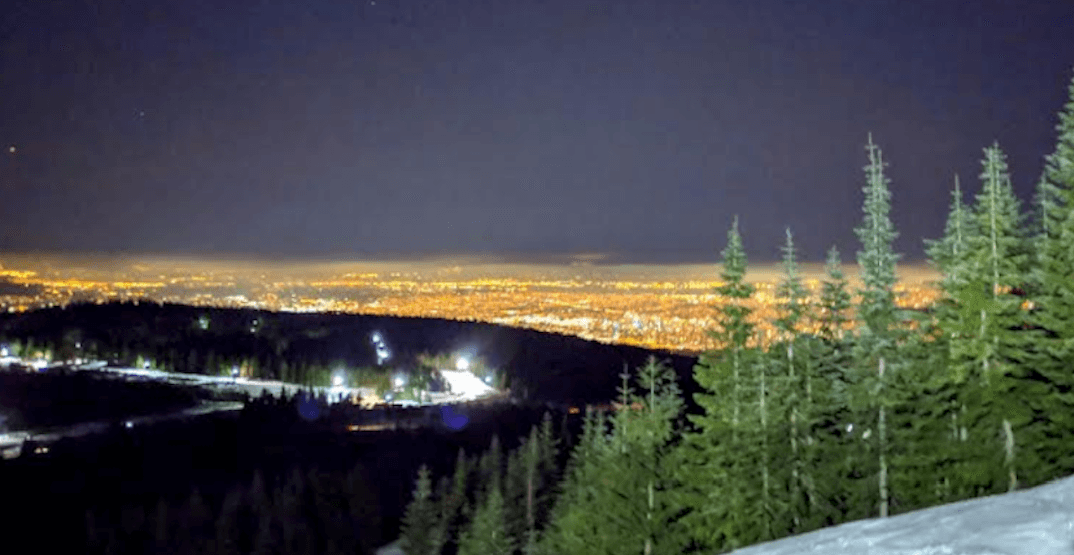 A snowboarder had to be rescued at Cypress Mountain on Monday night, after going out-of-bounds and becoming disoriented.

According to North Shore Rescue’s Mike Danks, search crews were called out around 7 pm to search for the man.

“He was with his sister and another friend at the top of sky chair sitting just outside the boundary rope enjoying the view,” Danks told Daily Hive. “His sister reported that he strapped on his snowboard and began descending the slope on the west side of Cypress that we call Christmas Gulley – which is a known avalanche path.”

The snowboarder, a man in his 30s from Surrey, managed to make it down to the Howe Sound Crest Trail and began walking to the north, “which was taking him away from the ski hill,” Danks explained. “He became confused as to which direction to go and made a phone call to his sister.”

This was the last phone call the man was able to make before his battery died.

It was around 11 pm that search crews managed to locate the man and bring him safely back to the ski resort’s parking lot.

Danks said it is “it is still unknown” why the man went out-of-bounds in the first place, and that in light of this incident, “can’t emphasize enough for resort skiers and snowboarders to stay inbounds on our local mountains.”

Once the ski boundary line is crossed, he said, “you are in avalanche terrain which is very steep and more often than not leads into cliff bands or gulley systems.”

Those going into the backcountry need to ensure you have – and know how to use – your avalanche safety equipment which is, at a minimum, a transceiver, probe and shovel.