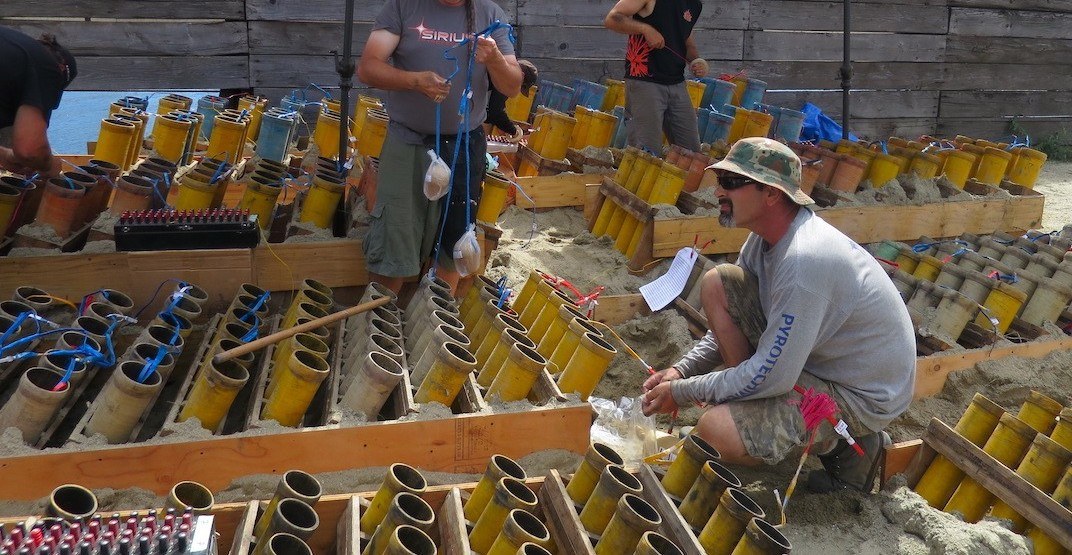 Expect big crowds for the final fireworks night of the summer, with long weekend crowds converging in the city for both the Honda Celebration of Light and Vancouver Pride festivities.

On Saturday night, Mirnovec Fireworks, representing Team Croatia, will put a cap to this year’s Vancouver international fireworks competition, and they are promising a show to remember.

In an interview with Daily Hive, Filip Devcic with the fireworks company, based just outside Zagreb, said their show’s theme is a “journey through cinema,” with a fireworks soundtrack based on the most recognizable soundtracks from some of Hollywood’s most famous movies.

The company was founded in 1993, and they regularly produce shows in Europe, with a number of satellite offices located elsewhere on the continent.

They have also competed numerous times, including in international competitions at Montreal, Hannover, Heist (Belgium), Malta, their hometown of Zagreb, and Russia just last year. This is their first time competing in Vancouver.

But perhaps what stands out with these fireworks show producers is they also own and operate a theme park. In 2017, they opened Fun Park Biograde by Mirnovec — an 11-acre entertainment destination with 25 rides and attractions.

The winning team for this year’s Vancouver’s competition will be announced early next week, after the long weekend.

India, represented by Amir Morani Fireworks, kicked off the 2019 Vancouver fireworks competition this past Saturday, July 27, and Canada, represented by Ontario-based Firemaster Productions, took to the skies on Wednesday, July 31.

All 25-minute fireworks shows at English Bay start promptly at 10 pm, rain or shine. The forecast for Team Croatia’s display on Saturday, August 3 calls for partly cloudy skies and a temperature of 19°C by the time the show begins.

For those watching the fireworks from the beach, tides on Saturday night will be fairly high, peaking about 45 minutes before showtime.

There will also be pre-fireworks entertainment, including an air show over the water by Red Bull Air Race pilot Peter McLeod and concerts at the beachside stages.

And new this year is a 65-ft hot air balloon attraction that will take flight over the Vancouver Art Gallery’s plaza from 5 pm to 10 pm on both Friday, August 2 and Saturday, August 3.