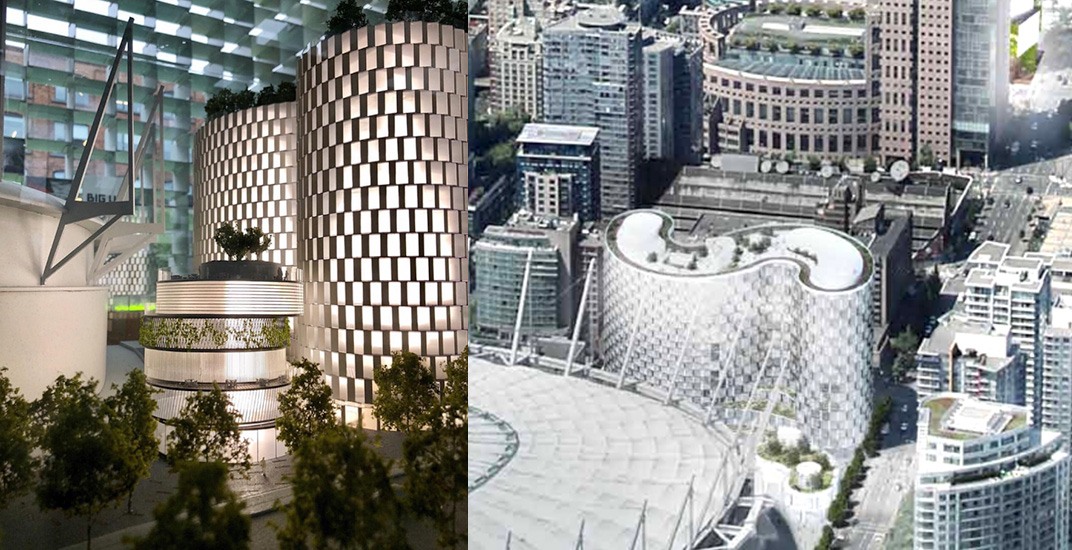 This is the first glimpse of the proposed mixed-use redevelopment of the Creative Energy steam heating plant located next to BC Place Stadium.

The plant is located just outside the stadium at 720 Beatty Street – the southeast corner of the intersection of Beatty Street and West Georgia Street. 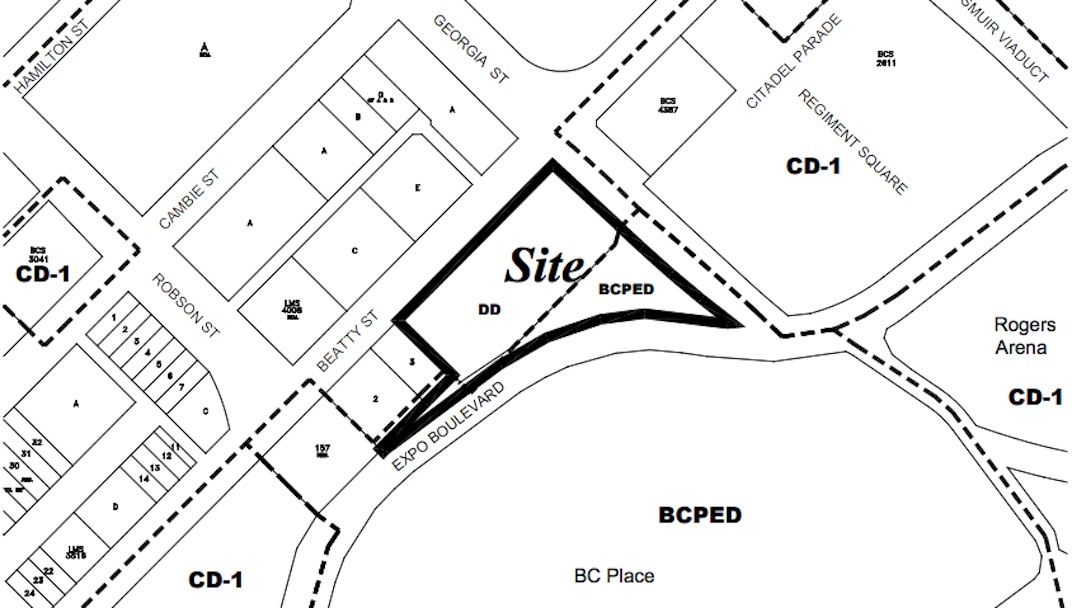 Local developer Westbank acquired the plant, then known as Central Heat Distribution, in 2014 for $32 million as part of the company’s plan to diversify into neighbourhood energy and add another redevelopment site to its portfolio.

No formal rezoning application has been submitted to the City of Vancouver at this time, but the building design is S-shaped and has a facade with an intricate pattern of rectangular-shaped windows. The architectural design is by Bjarke Ingels, the same Danish architect that Westbank partnered with for Vancouver House.

A model showing the latest design of the redevelopment is currently being displayed at Westbank’s ‘Unzipped Toronto’ exhibition in downtown Toronto. 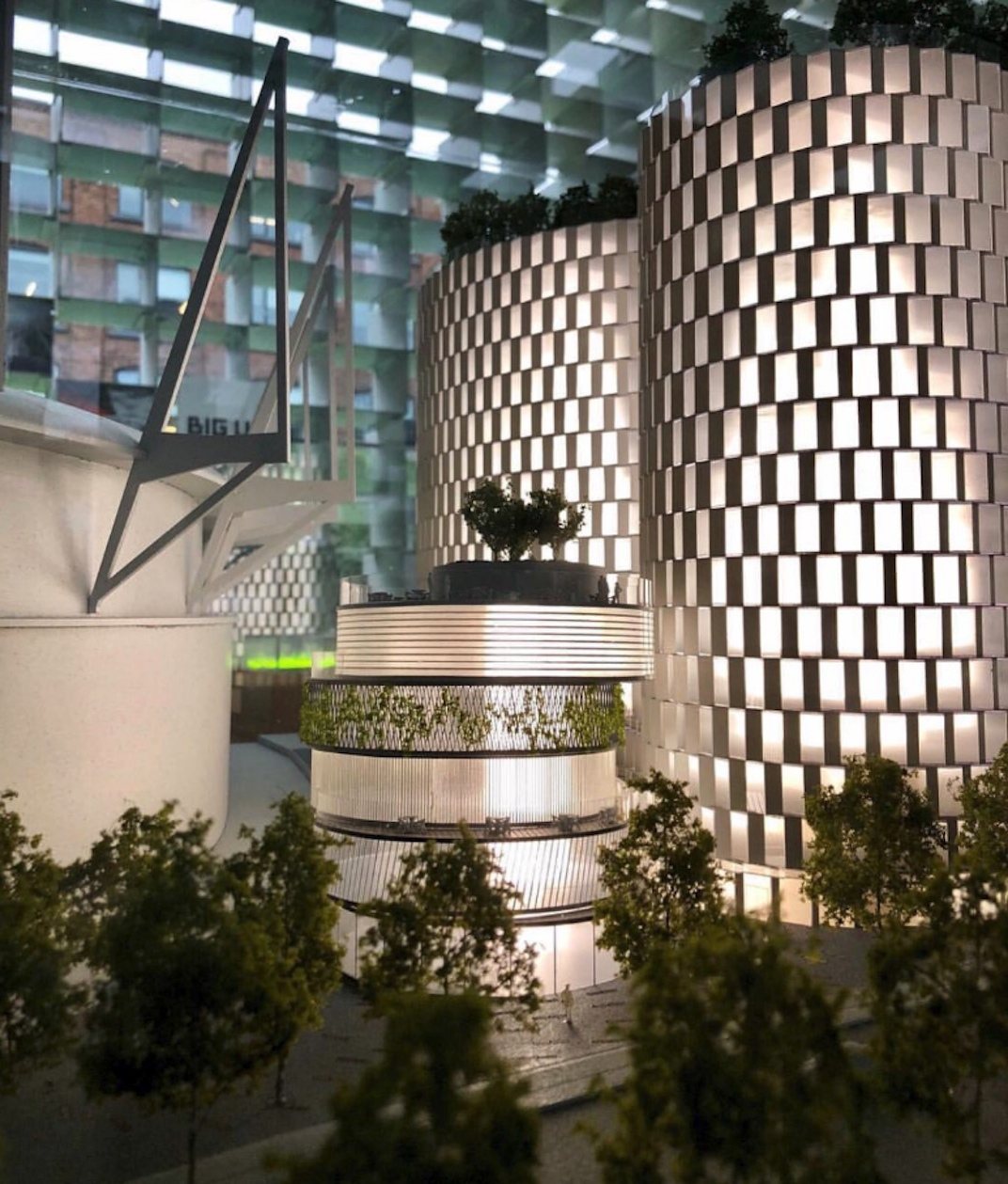 The building would reach a height of nearly 20 storeys, containing residential, office, and retail space.

Some elements and forms of the building are dependent on the execution of the demolition of the Dunsmuir and Georgia viaducts and the construction of the road ramp that will extend West Georgia Street to the redesigned Pacific Boulevard.

A 2015 city report that investigated rezoning options for the 1.2-acre site stated the proponents had a goal of building 300,000 to 350,000-sq-ft of office and commercial space and 300,000 to 400,000-sq-ft of residential space, specifically secured market rental housing.

Below the stadium’s outdoor concourse area on the Expo Boulevard level, a plaza with 25,000-sq-ft of retail was also proposed.

Any redevelopment is required to retain the site’s plant functions as the existing 70,000-sq-ft, 1968-built plant would be replaced with a new low-carbon plant.

Creative Energy currently provides heating to over 210 buildings, totalling 45 million-sq-ft of floor area, across much of the downtown Vancouver peninsula. The municipal government says the conversion of the plant into a low-carbon energy supply will be the “largest single GHG emission reduction opportunity in the city.” 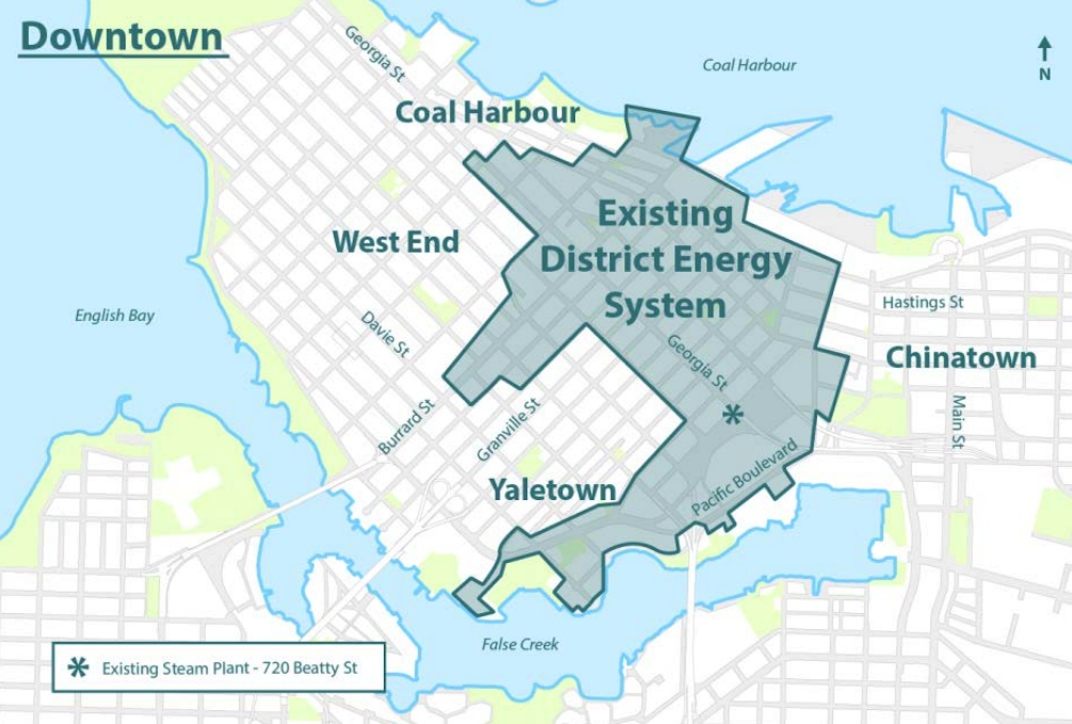 In July, City Council approved a proposal by Pavco to build a 400,000-sq-ft residential tower on a vacant province-owned site on the southeast corner of the stadium. However, in exchange for the approval, a condition of requiring rental housing was made.