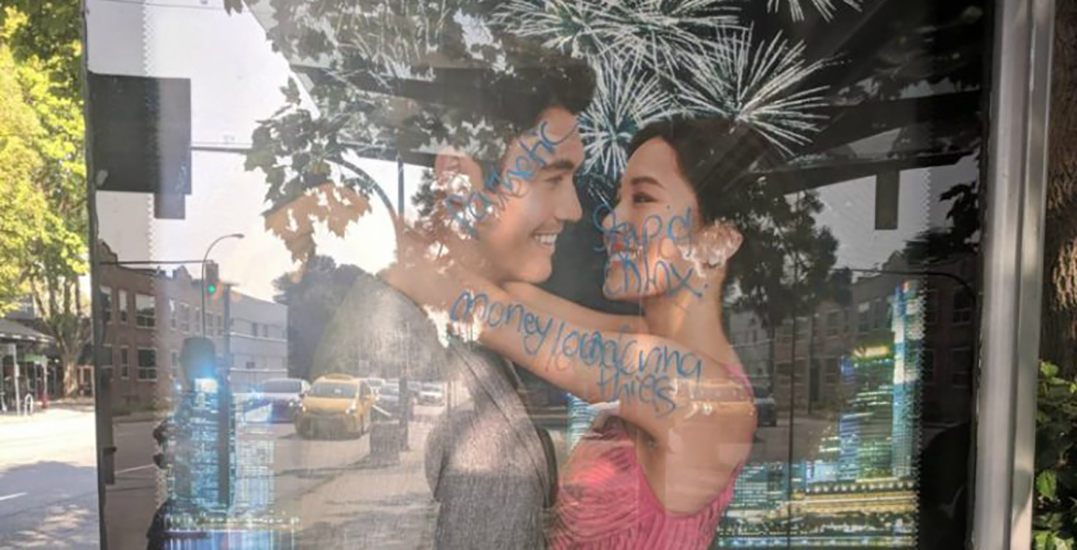 A movie poster in Vancouver for “Crazy Rich Asians,” an upcoming romantic comedy, was recently vandalized with racist comments.

Originally uploaded by Twitter user jojocake, the bus shelter with the poster allegedly belonged to “an affluent neighbourhood in Vancouver.” 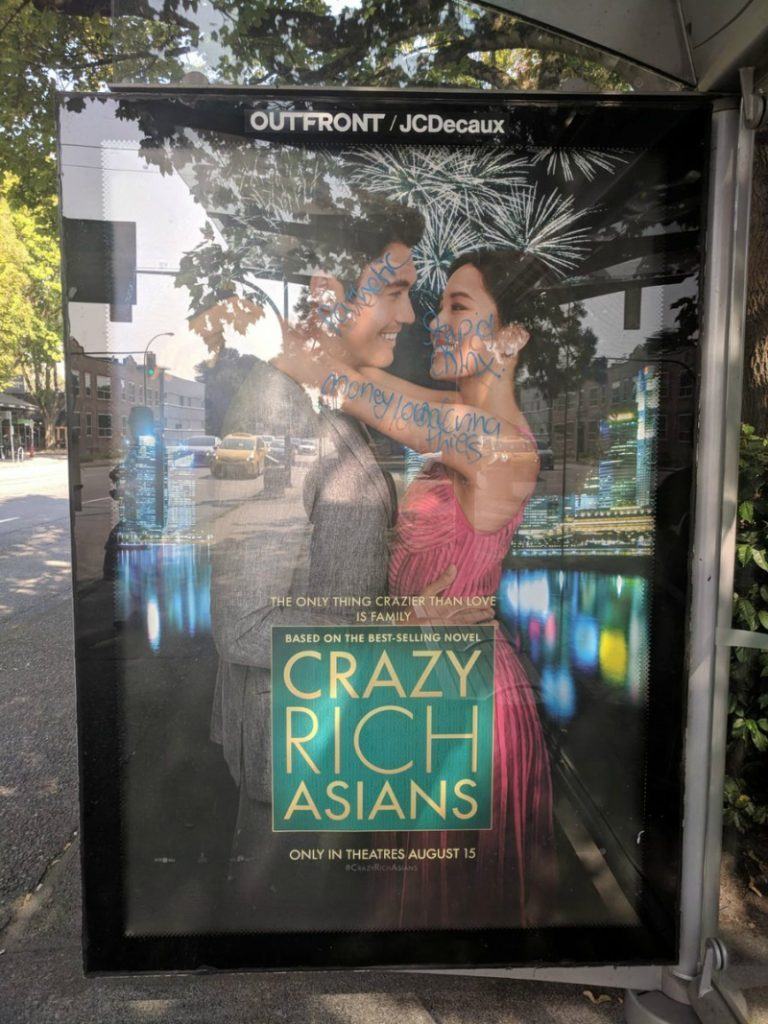 Henry Golding, the British-Malaysian lead male actor, had the word “pathetic” scribbled across his face.

The lead actress Constance Wu, popularly known for her role on EastSiders and Fresh Off the Boat, had the comments “stupid chinx” and “money laundering thiefs” written across her body.

The Twitter user turned her account private shortly after but not before film director Jon M. Chu shunned the racial comments, says NextShark.

Nothing will shake us. Sorry. We still here. https://t.co/Li7NnRYTMx

Crazy Rich Asians is set to release in theatres on Wednesday, August 15, 2018.