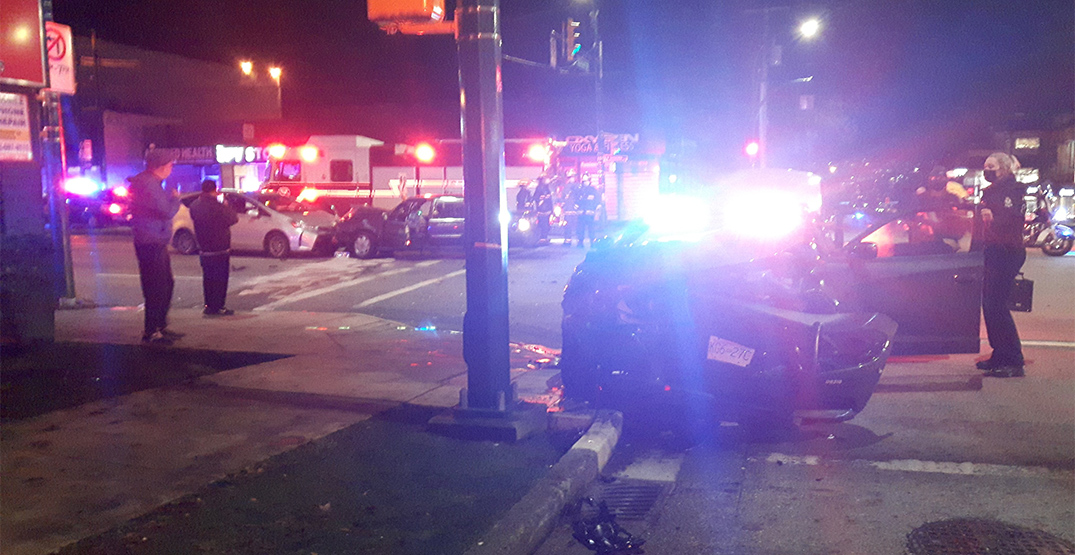 Const. Tania Visintin said officers in an unmarked car were driving with their lights and sirens on do a domestic assault. While en route, the cop car was involved in a crash with a civilian vehicle, she told Daily Hive via email.

Witnesses shared images of the collision just after 6:30 pm showing the black police car with a smashed bumper. It had mounted the curb slightly, and an officer was standing next to its open door.

Two other cars whose front bumpers were touching in what may have been a head-on collision were also visible in the background of twitter user @MFrankvoice’s photo photo.

Visintin said everyone involved in the crash was taken to hospital. None of their injuries are life-threatening.

Second car crash at West Broadway and Burrard in a month or so. This time a police car was involved Hopefully no one is injured. pic.twitter.com/ZTuG251xrc